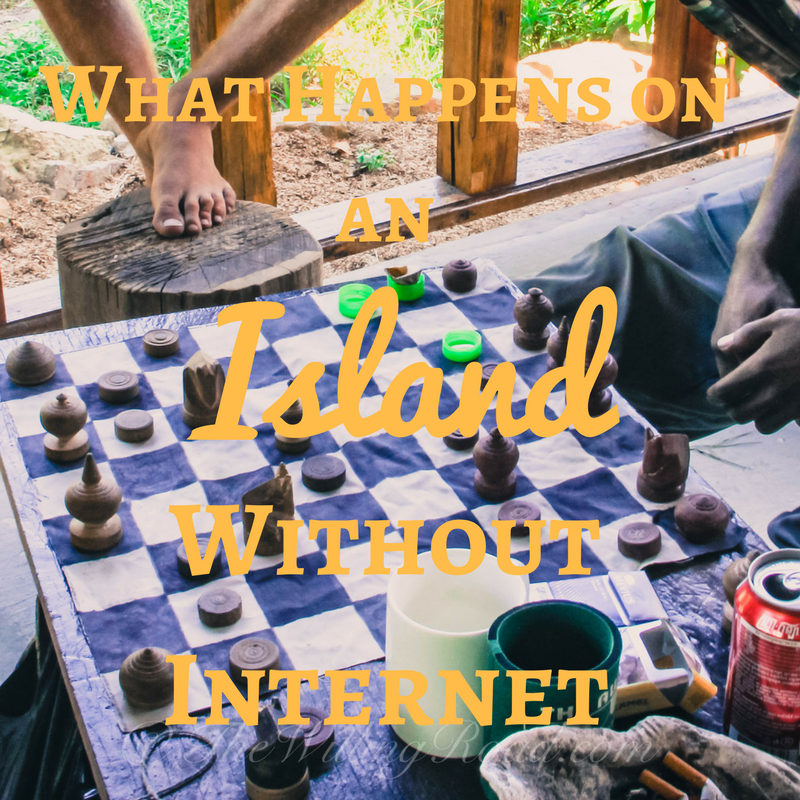 What Happened When I Lived on An Island Without Internet

I almost didn’t live on Koh Rong. I was at a point in my travels where I needed to start making money so I interviewed for online ESL Instructor positions while I was in Thailand. I got both the jobs. And then a few days later I traveled to Koh Rong with the expectations that I would be able to perform said jobs. I was sorely mistaken. During my orientation process (mandatory if you want the job) I realized that Koh Rong is void of any functioning internet, bright lights, and quiet rooms combined. I tested the internet speed and it was below the expectations of both companies. I had to make a choice: leave Koh Rong Island for a more wifi friendly city to make money, or stay on Koh Rong Island and make no money. I, of course, chose the latter.

Money comes and goes, but to randomly walk into a bar on an island in Cambodia and ask for a job as a bartender while in my bathing suit is a rare thing indeed. Wifi would have to wait. Granted, wifi did exist, but only enough for me to become frustrated to the point that I wouldn’t even bother with it. It was useless. Because of these frustrating qualities of the internet, I found that Koh Rong had a different lifestyle to it rather than the life of the Western world that you would think.

Here are a few things that happened when I ignored the internet world while on Koh Rong:

I learned how to play chess— I never played chess before I moved to Koh Rong. Playing chess was a common past time on Koh Rong Island and in between shifts I found myself watching other island residences playing. It was entertaining and eventually, I learned as well. I began playing with people on the island more experienced than I, but it was always a learning experience. Turns out that a lot of people knew how to play. 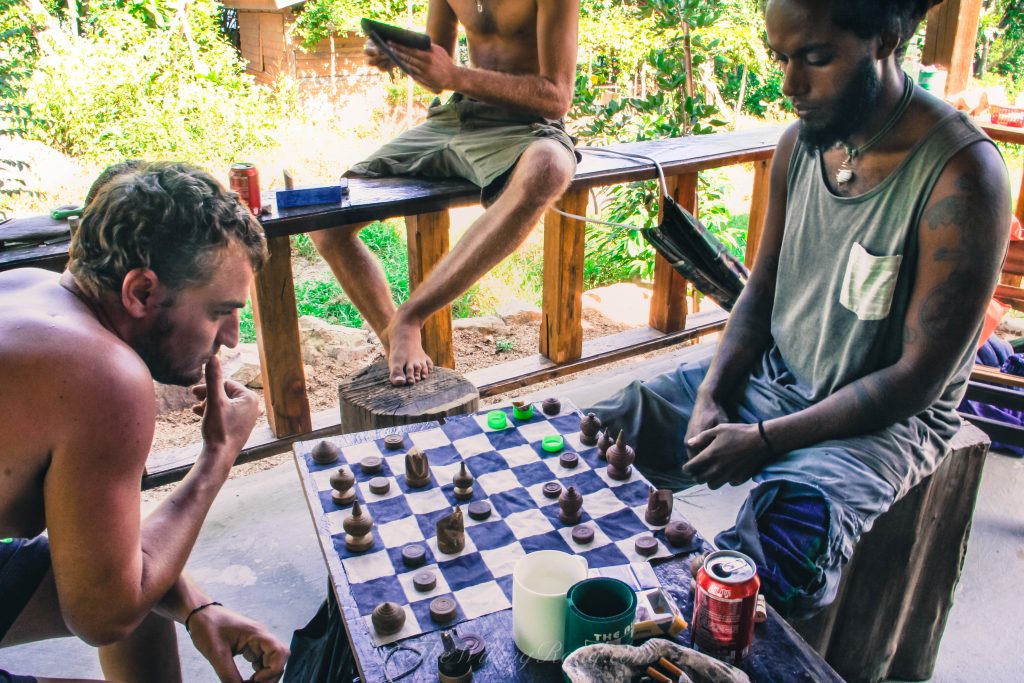 I didn’t worry about getting lost— well, it’s really hard to get lost on Koh Rong since it’s just a long strip of land. But my point is that I didn’t open up my map on my cell phone to find something. I asked, I listened, I followed directions accordingly.

People focus more on their creativity— People made t-shirts, bracelets, necklaces, took photos, drew artwork, built chess boards/pieces, sewed wallets and so much more. The island was filled with creative people who had the time to focus on their talents or learn new talents rather than staring at their phones.

I actually tried the new restaurants based on local recommendations— when I returned to America, I had forgotten that such things like Yelp or Tripadvisor actually existed. I’m sure there were Tripadvisor reviews for some of the restaurants on the island, but I wasn’t rushing to my laptop or cell phone to read them. It would have taken longer to load the page than to walk to the restaurant and talk to the restaurant staff. People told me the place was good so I walked in and ate there. 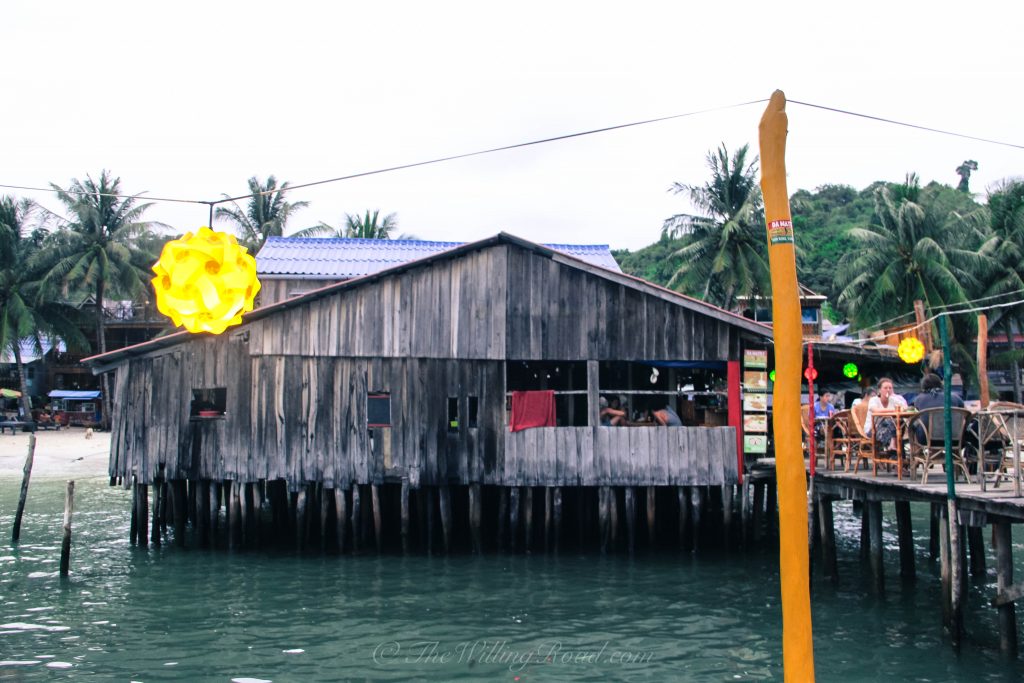 Damatti’s, a popular restaurant on the island.

If I couldn’t find someone, I asked around— “Hey, have you seen Jenni around?” “I saw her hanging out at Vagabonds” and you would either continue to look for that person or think, I’ll run into them eventually. The act of getting off my ass to search for someone was much faster than messaging someone and waiting for them to reply.

I had more meaningful conversations— Rather than constantly picking up my phone to check Facebook, swap memes, or ask if my friend saw someone’s latest Snap I sat and talked to people I had never talked to before. I took in their stories, I listened to their opinions, I opened myself up to understanding where they came from, why they were there, and learning new things about their cultures.

I talked to everyone— anyone and everyone that came through willing to open up and talk to a stranger as well. The lack of internet opened a lot of people up to talk. Walking down the beach on my way to work, on my way home, or to the store, I would talk to several people at a time. I would stop in to say hi, even if we didn’t have a long conversation. A quick “Hello” goes a long way. If I never met the person before, I introduced myself. No one was a complete stranger. The underrated act of saying “Hi, how are you today?” and listening to their response can mean so much and actually build relationships with people. Crazy, right?

Ironically, I am typing this from my computer at a coffee shop with internet in California now. It is being in America and watching the social interaction between people that has caused me to write this article. I can’t judge since I’ve fallen for the temptations of social media as well, but I can’t help but remember a simpler, more interesting life on Koh Rong. As it turns out, it’s not the end of the world when you travel somewhere and have limited access to wifi. Sometimes you might actually find that you enjoy yourself. You might read a book. You might talk to some people you’ve never talked to before. You might discover that you yourself are interesting. 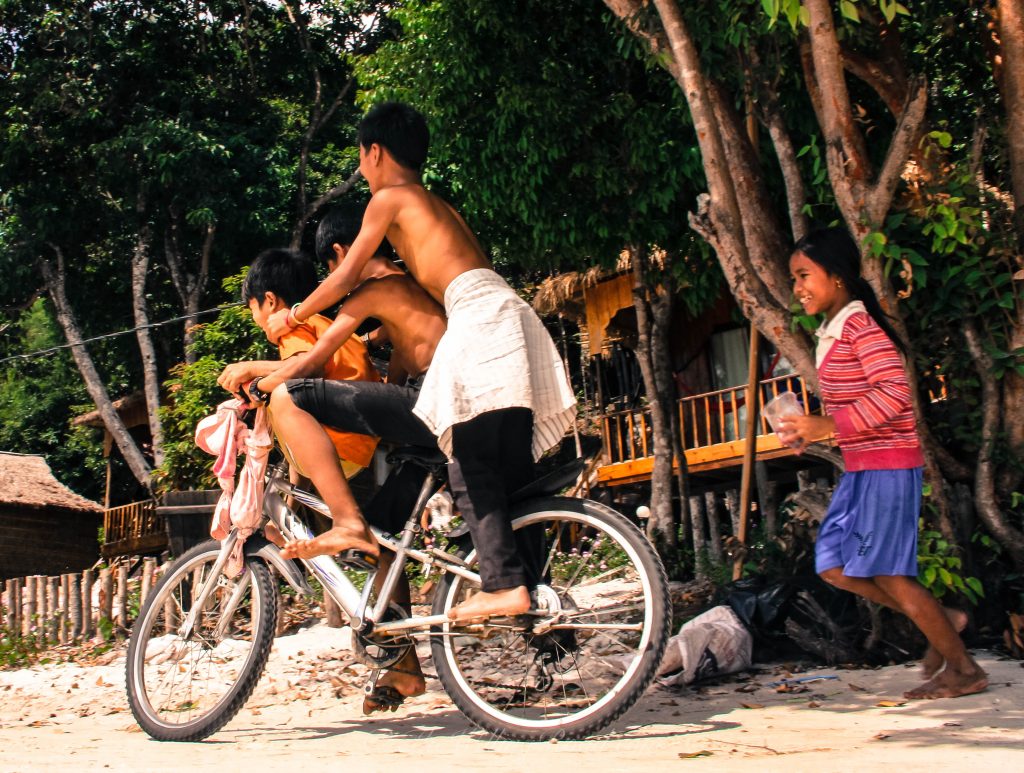 Children kicking it old school– no internet, no electronics