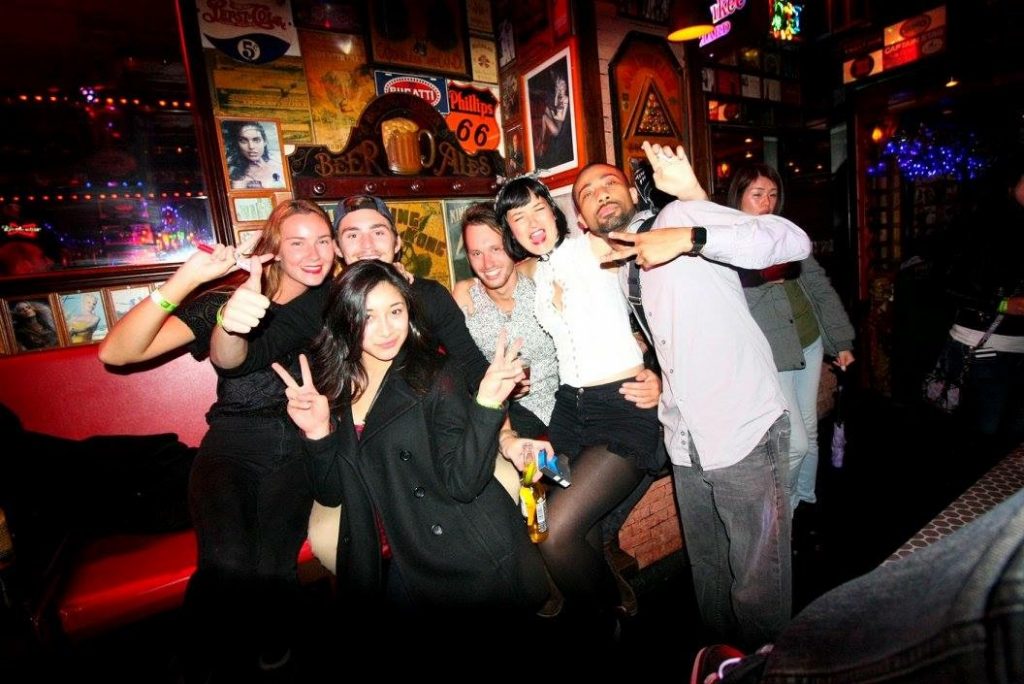 While unique in its own way, Tokyo is a city like many cities. Tourists, massive crowds, busy people, homeless people, tall buildings, and a lot of walking. Japan in general though, is one of the safest countries to travel around. I’ve never truly felt in danger as I’ve walked the streets even at 3 in the morning when I’m stumbling my way back home alone (sorry, Mom). So when I visited Tokyo for a week, I felt like I had a little bit more freedom that you don’t usually get in most cities to meet and hangout with whoever I wanted. I was alone, wandering the city and people were friendly. I was fearless.

I couldn’t turn down an invitation from foreigners in Golden Gai.

Granted, this place is packed, literally, with tourists. The bars there maintain a traditional feel with enough space to fit about 5-8 people, if that, but not many of the bars had Japanese folk. I saw so many tourists I wasn’t quite inspired to stick around. But then as I was passing one packed bar, a group of Indonesian guys stopped me by yelling and inviting me in as if they knew I needed a place to sit. It was the way they were joking around that caught my interest. I ended up joining them at the bar, got to know the bartender who didn’t speak much English (he’s a Japanese comedian) as well as the Japanese girl I ended up sitting next to who specialized in cake decorating. The group of Indonesians (college kids as it turned out) and I talked for a bit where I taught them a few Japanese words they could use and then we blasted NWA yelling “Fuck the police” while unsuccessfully trying to get other passersby to join the already crowded bar.

Then of course, when I agreed to marriage.

Hanami is a time for friends and family to get together under the blossoming cherry trees and enjoy the blooming pinkness of nature… while enjoying massive amounts of alcohol. As I was walking through Ueno Park taking some pictures of the trees and recording video footage of the many hanami parties occurring, some Japanese people noticed me. Before I knew it, they were dragging me into their hanami party and pouring me a tall glass of sake and shoving a can of beer in my hand. Why, hello to you, too. On their makeshift cardboard box table were various snacks. Only one of them spoke English but he managed to say “This is shit. Japanese shit food.” Eh, hanami is more about the alcohol anyway. Our conversations were limited due to the language barrier, but somehow I agreed to be his wife. We haven’t set a date yet, but maybe it’s better that way since I don’t remember his name. 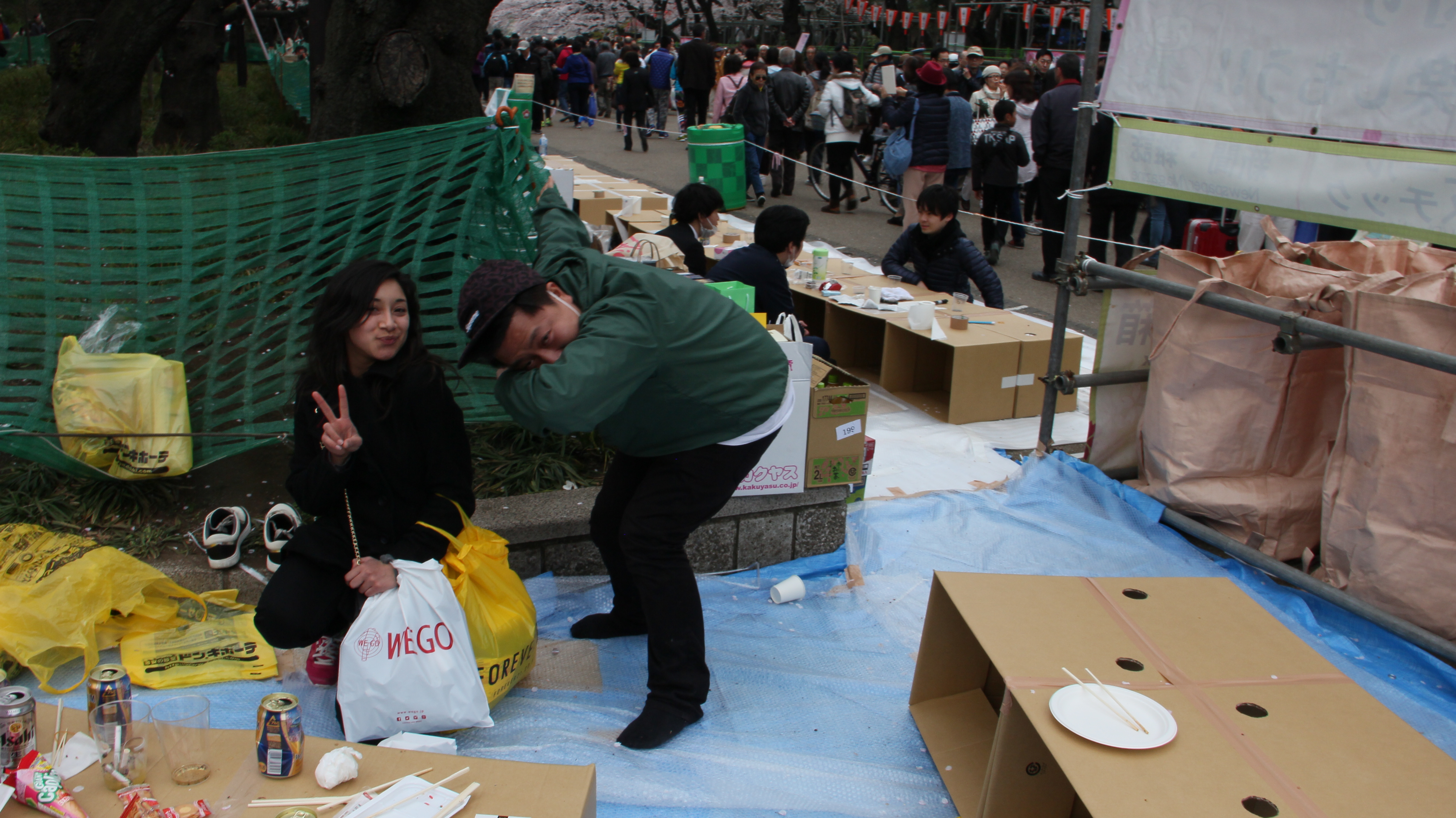 Then when I met my anonymous hero.

Later that night I went on a pub crawl solo, a great way to meet people when traveling. I met a lot of foreigners, some who had been in Tokyo for 2 years and up, yet their Japanese didn’t extend past “arigato” and “konnichiwa”. By the end of the night my feet were aching from some ridiculous heels I so stupidly decided to wear (the invite had said to dress up, but apparently I was the only one that did). In pain, I was looking for the taxi stand outside the train station because I had missed my transfer and a Japanese man who didn’t speak any English put my arm over his shoulder and escorted me to the line of people who also missed their last train. He even waited with me in line until I could limp my way into the taxi and for that, I am grateful. Dear sir, whose name I didn’t get, thank you for your heroism wherever you are now.

I know that as soon as I leave Japan, everywhere else is going to seem extremely dangerous to me. There are plenty of places in the world that are safe, but Tokyo is definitely a great place to start coming out of your shell and approaching the world with a more open mind, without fear.