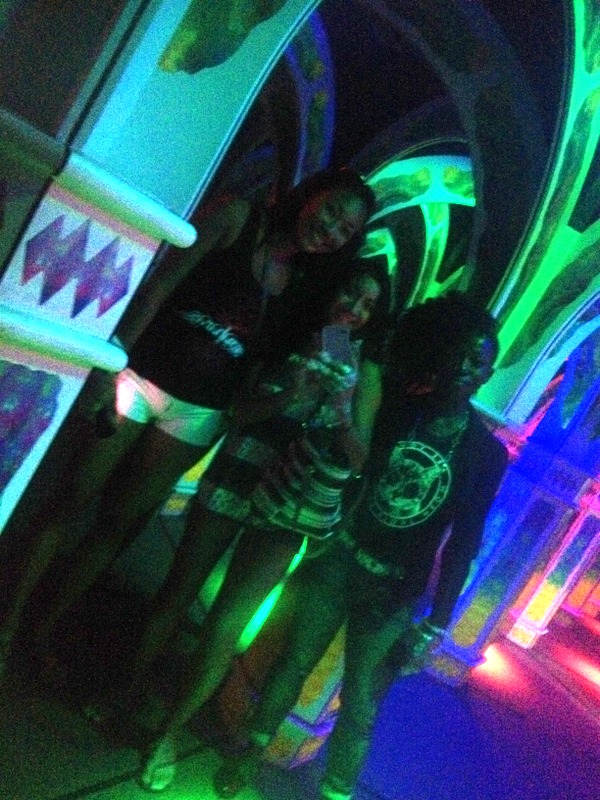 A Bad Trip in San Francisco

I love San Francisco. It’s full of art, culture, food and very unique people. It definitely brings out the chill hippie in me, man. I used to escape from my hometown and go for a drive with my best friend up to San Francisco where we would just relax, have deep conversations and read thought- provoking books like the happy introverts we were. San Francisco was always a good time to me… until my most recent trip.

Maybe I had had one too many good memories in San Francisco that I was due for an awful time. Except this wasn’t that awful because if you can’t laugh at the situations that you get yourself into, you aren’t going to be a very good traveler. I still laugh out loud to the stupid shit I encountered that weekend.

A couple of my girlfriends and I were feeling adventurous and since I was leaving to Japan soon, we wanted one last adventure together where we could all be free and have lots of laughs. How did we ruin such a grand adventure? By getting drunk. That’s how.

We spent our first night stumbling up and down Polk Street, a street full of local dive bars, flirting with foreigners, and being dramatic drunkards. Such shenanigans resulted in the next day’s inevitable hangover which we spent all day trying to cure. How did, or shall I say didn’t, we do this? Search for the best goddamn bloody mary in San Francisco. Forgetting that we worked in a bar and tourists don’t and therefore do not have the same taste buds as we do, we went to Pier 39 to eat clam chowder where we thought we could also get the best bloody mary. We were sorely wrong. The bloody mary was watered down and way too expensive for how bad it was. We couldn’t add enough tabasco to make it taste good. So we filled our stomachs, but our hangovers still called for a good bloody mary. When we came across the next bar outside of Pier 39, we should have realized that a $5 bloody mary wouldn’t taste good, but we were feeling ambitious. Have you ever drunk water and ketchup mixed together? It’s not a bloody mary. But hey, the guys next to us bought our $15 round of drinks because they thought we were cheerleaders. Thanks for the ketchup, dude. Our quest for a bloody mary ended after that, but our bad luck didn’t. 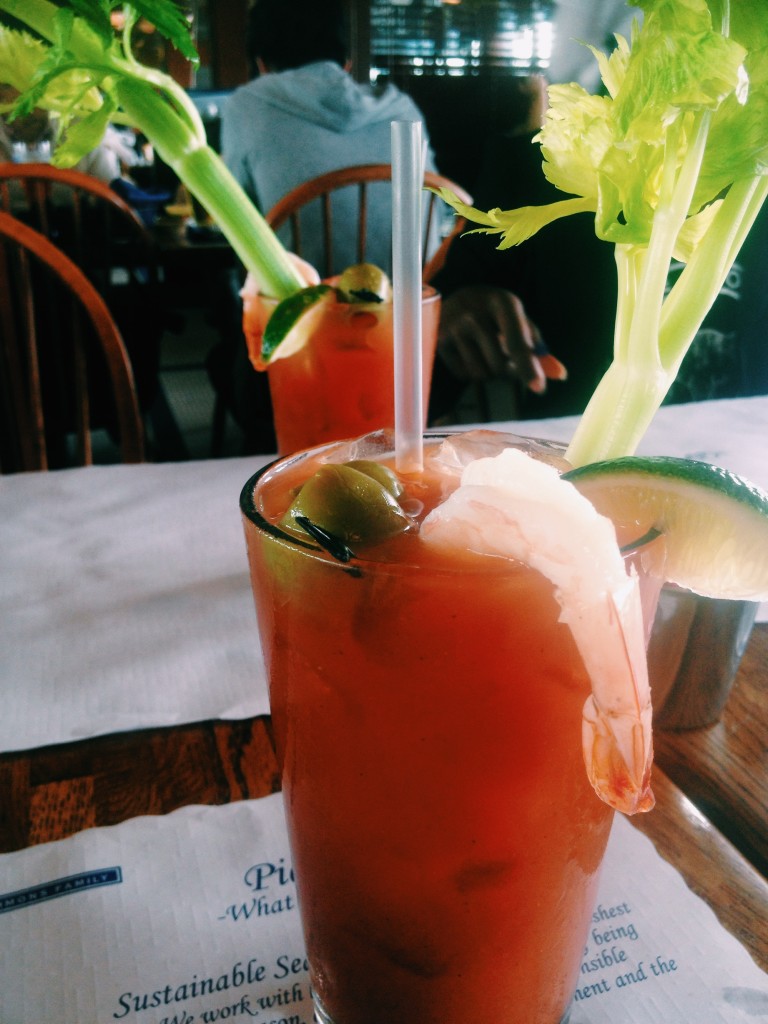 While walking around, we saw a nice old man drawing caricatures and we thought it would be a great idea to have one of all of us together. We get it, caricatures aren’t supposed to be spot on representations of our features. But this? Who were these people that he was drawing because it certainly wasn’t us. We laughed it off anyway and continued on with our day hoping to find some satisfaction in our next meal. 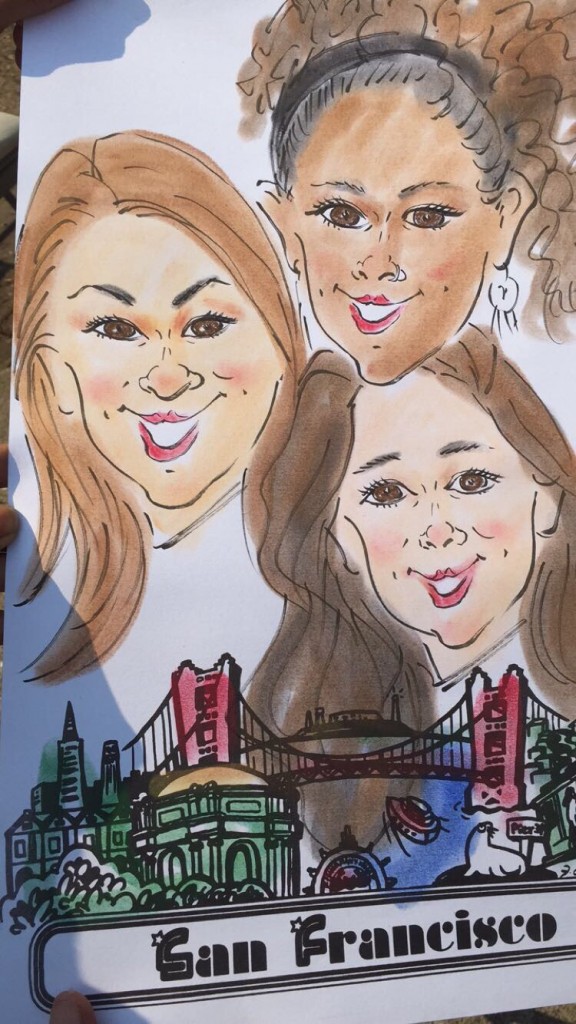 Chinese food sounded amazing to our hungover stomachs and where else could we go except Chinatown? We were feeling good at this point and decided to wing it. Yelp? Psh, let’s follow our instincts like people used to do before the days of Yelp. Then we saw it: $5.99 all you can eat buffet. At this point you’d think that we learned our lesson, but nope. We were dumb and cheap. Have you ever avoided making eye contact with someone so that you won’t have to talk to them, but then you do make eye contact and you’re forced into an awkward conversation you both don’t want to have. That’s what it was like approaching the door to this place. While we were trying to check out the inside to decide if we should eat there, the host of the restaurant somehow convinced us to enter and we soon found ourselves being rushed in to find… nothing. The “buffet” had four choices: steamed buns, egg rolls, chicken wings and fried rice. We got to the end like… that’s it? Towards the back was a pile of dirty dishes on the floor and I wasn’t sure how long they had been sitting there. The tables were cheap and we only had one table to choose from really since there was stuff piled on all the other tables. One of my friends was vegetarian and so the host told her she could eat the steamed buns. As soon as she took a bite she could taste the meat. Obviously not vegetarian. I took a bite into my chicken wing and I pulled a feather out of my mouth. Very classy. The only saving grace of this place was the fried rice which was actually pretty good so we ate our $5.99 worth of that. However, while we were chowing down the fried rice, a skittish dog came running out of the back kitchen into the streets with a lady running quickly after it. It was running for it’s life. Was that dog meat in the steamed buns? I swear this dog was about to be cooked and it was making a quick getaway. It failed because shortly after the lady came back carrying it, it’s face full of fear, and walked straight back into the kitchen. We were done after that. Luckily, none of us got sick. Probably because we killed any bacteria with massive amounts of alcohol that night. 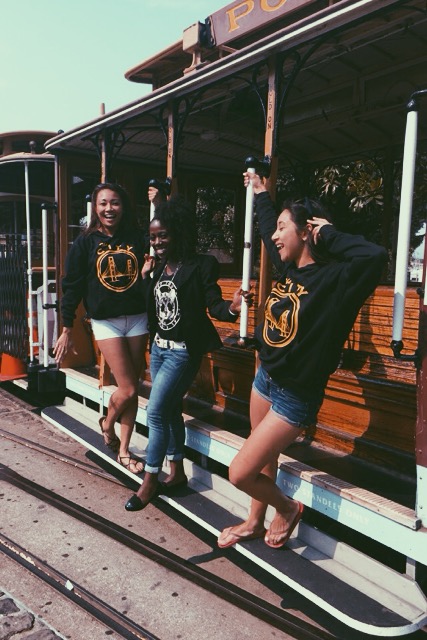 We are obviously cheerleaders

We definitely had a good laugh during and after this trip. Who encounters such bad luck in a city filled with so much history and culture? The entire trip wasn’t a complete fail though. We did get to experience Magowen’s Infinite Mirror Maze (all day fun for $5!), walk up and down piano steps, watch a bartender make the famous Irish coffee at the Buena Vista Cafe, drink said Irish coffee, park sideways on a hill like a pro, take loads of pictures, drink some more and laugh. 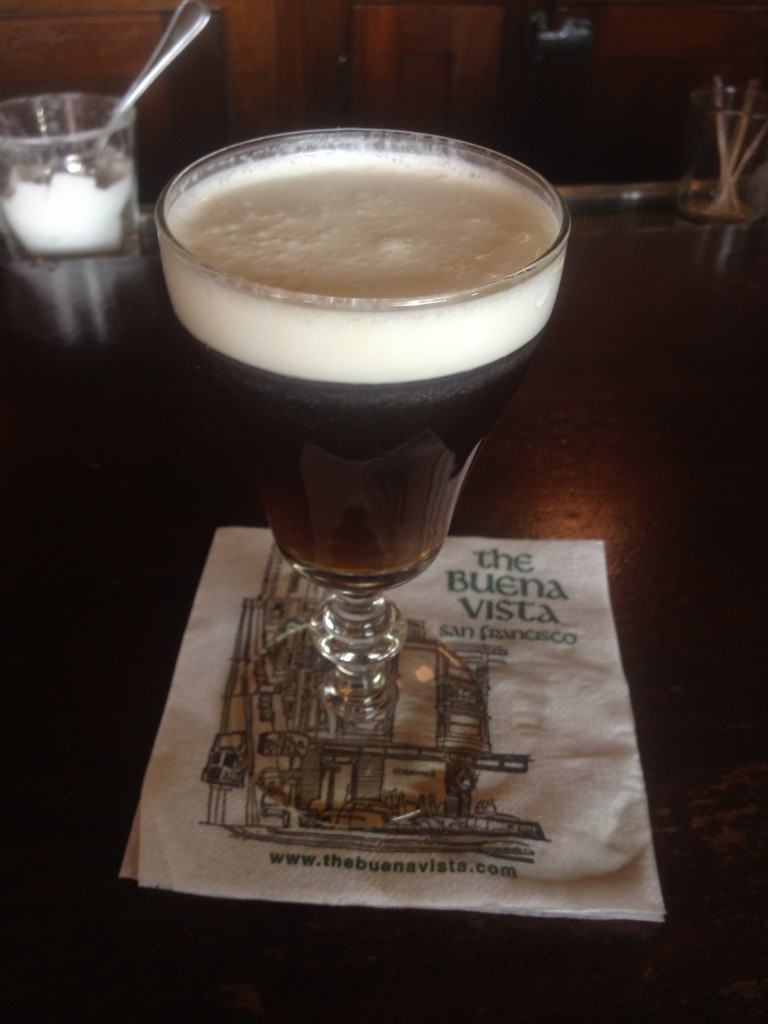 Irish coffee at The Buena Vista 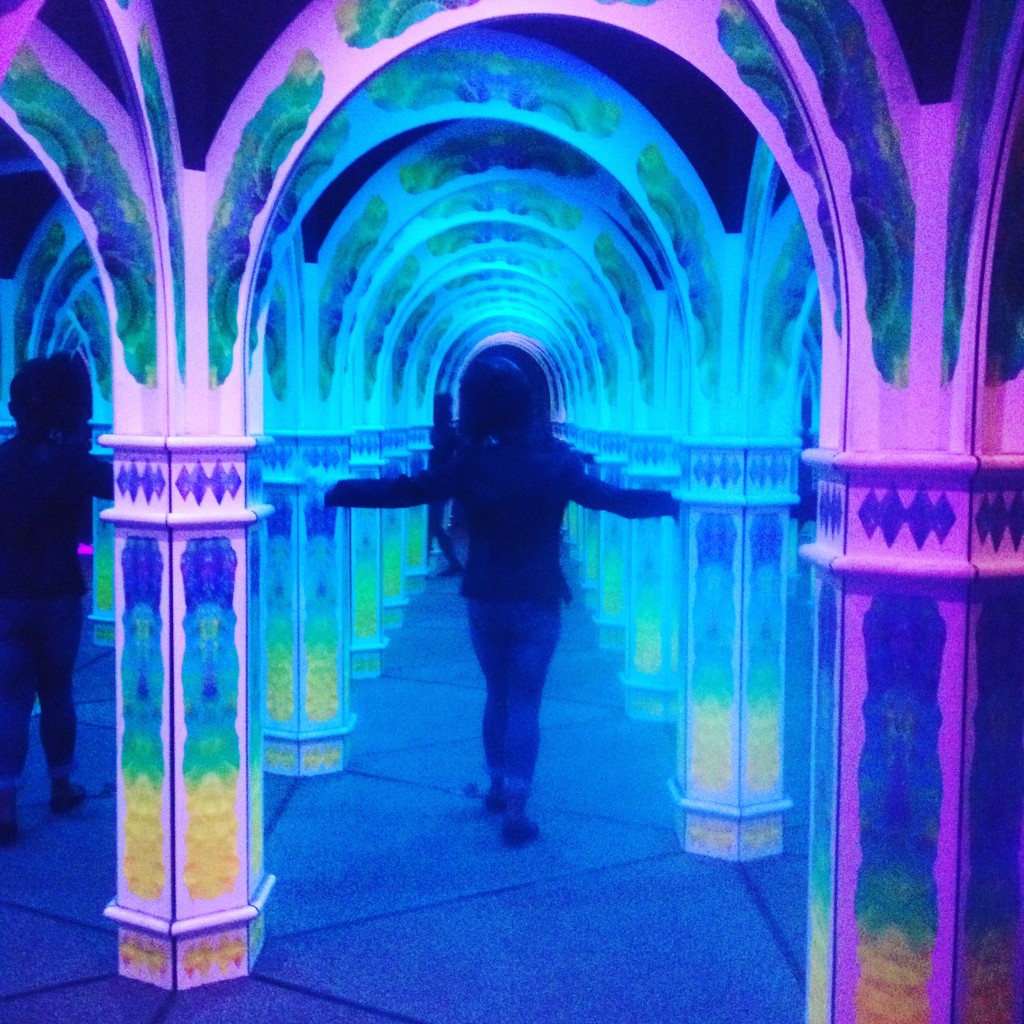 Again, if you can’t laugh at your mistakes, you’ll never be able to have a grand adventure that you can recount to many the way me and my girls did.