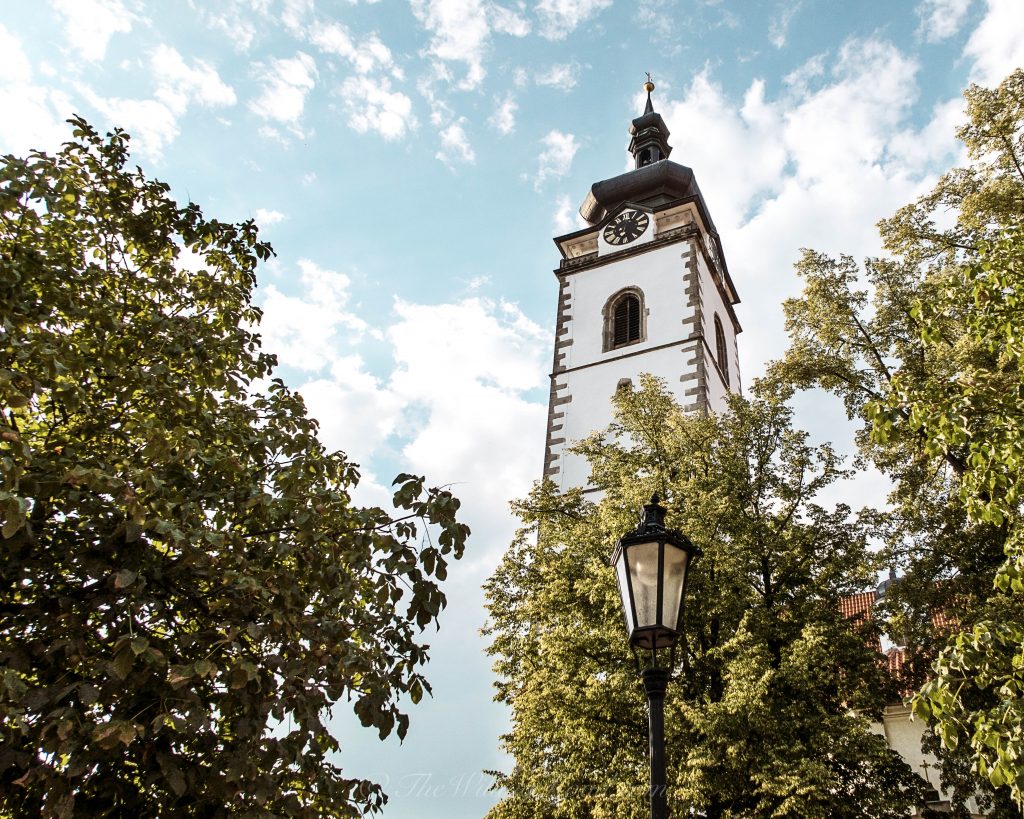 A Man and His Bell Tower | Pisek, Czech Republic

I apologize for the lack of photos, but the story is what you should pay attention to this time.

There is a man in Pisek, Czech Republic, who, almost everyday, wakes up inside of a clock. Not just any clock. A clock that was given to the town of Pisek by Mother Teresa and sits at the top of a tower of the Dean’s Church. This man wakes up early to tend to the clock. He has a home, and he has a wife, but he sleeps in the clock tower. Perhaps the clock gives him purpose.

The man came to meet us in front of the tower. He wore a striped shirt and checkered pants and carried a ring that held three old-fashioned, rusty keys. Each key opened a different door. Each key could be easily replicated if one were to take a photo of them. He instructed to not take a picture or video of the keys.

Now, this man does not speak English, but he spoke nonetheless. Rather rapidly and excitedly, I might add. As we made our way up the tower, breathing heavily from the climb, this little old watchman sped up the stairs with ease, a task he does several times a day and will not reveal to you the exact number of times because he does not do it to impress anyone.

The clock tower, although reconstructed to reach its 72 meter height, still contains wood beams and stone walls from the early 15th century. We ran our hands across the stone and touched the beams with the tips of our fingers, a task the watchman high encouraged as he introduced us to pieces of the past. Over 500 year old pieces (in case the math escaped you) which have seen many watchmen scale the stairs.

At the top of the tower, the clock is controlled by 3 weights. The weights move once a minute, lowering down the 72 meter tower and then rising back up. The clock struck 6:15 and one of the weights slightly lowered. It’s an odd feeling watching something that seemingly should be still, suddenly move.

Strangely enough, the clock’s hands are backward. While an average clock has a short hour hand, and a long minute hand, the clock of Pisek maintains its originality and has the hands reversed. Only the clock watchman knows why.

Three bells sit inside of the tower, which sound every day, and could be deafening if standing next to them while they ring. One of them broke a long time ago, which made the watchman sad. It was like losing a child for him. When the clock was replaced, his life was complete and now he looks at all his bells with passion and awe.

So, if you ever go to the little town called Pisek in the Czech Republic, stop by the bell tower to see the clock. Although we had gone to see a clock, what we had left with was the image of a man whose passion gave life to the way he spoke, and strength in his legs.

Love what you do as much as the clock watchman loves what he does.

Clock: Deanery Church of the Birth of the Virgin Mary

How to get there: Take a train from Prague to Pisek. It’s about 2 hours away. Check train times here.