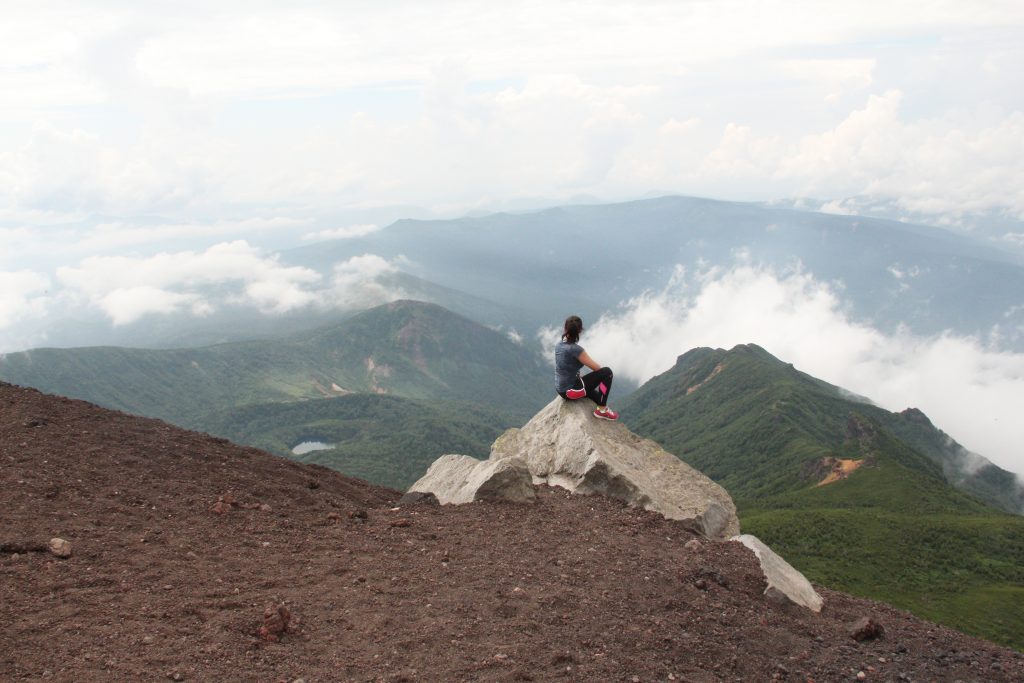 The plan was to climb Mt. Fuji in about a week. We had heard rumors of the horrifying deaths that occurred on Mt. Fuji, the sickness from altitude, the misery. But it was climbing season and people were making plans to visit the top of the popular mountain, myself and some friends included. But there we were, inexperienced in hiking, unaware of the proper necessities to take on such a mountain, drinking beer and enjoying huge meals full of carbs almost every weekend. As my friend, Josh, put it, “I just need to practice my walking.” So instead of going to the beach on this lovely day (why am I always skipping out on the beach?) we decided that we should get some practice in mountain climbing by hiking up an equivalent in northern Japan: Mt. Iwate.

We were excited for the great outdoors. The mountain couldn’t be that bad, right? I mean, it’s only 2,038 meters up and Mt. Fuji is 3,776 meters. It would be the perfect preparation on a sunny Sunday.

The mountain got bigger and bigger as we drove closer to it. Maybe we should have stretched before we set off, or maybe I should have gotten more sleep, or the others shouldn’t have smoked a cigarette, or maybe eaten more than one banana for breakfast or maybe it was the wearing new hiking boots or maybe it was because the mountain was so f***king steep. Who knows. We were not prepared for what was about to come. 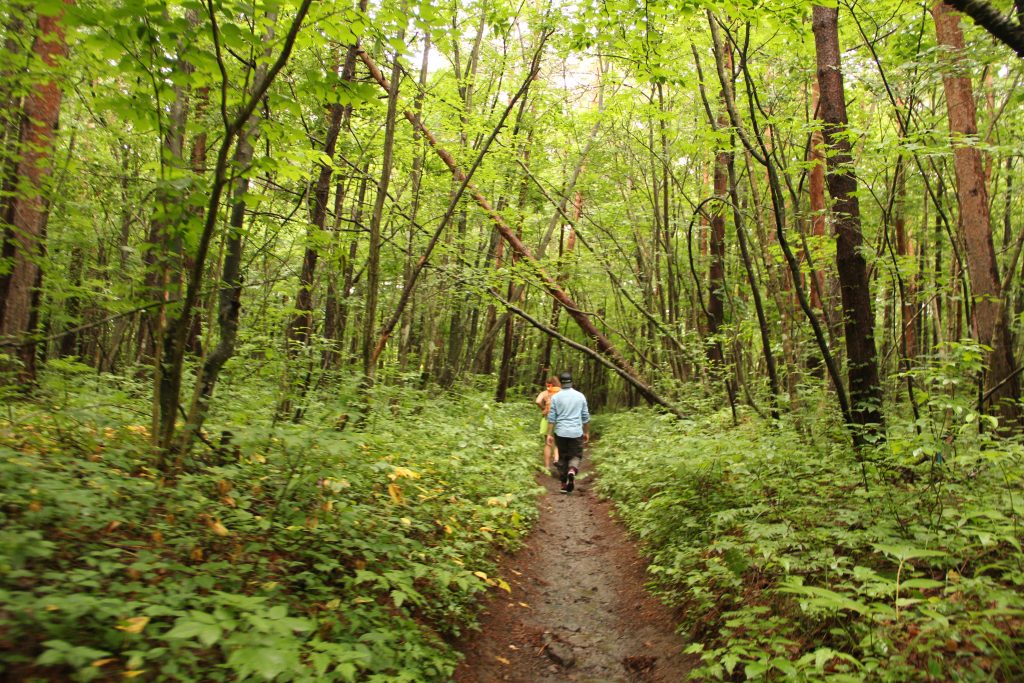 The beginning of the hike. How deceivingly tranquil.

It started off nice and leisurely. I knew there would be more tough spots so I tried not to complain about the small incline. Just made some excuses to take pictures and tried to keep up the pace. After about half n hour we came across a clearing full of volcanic rocks. It was an empty morbid looking area yet we could see a couple of lovely dragonflies perching atop the rocks. 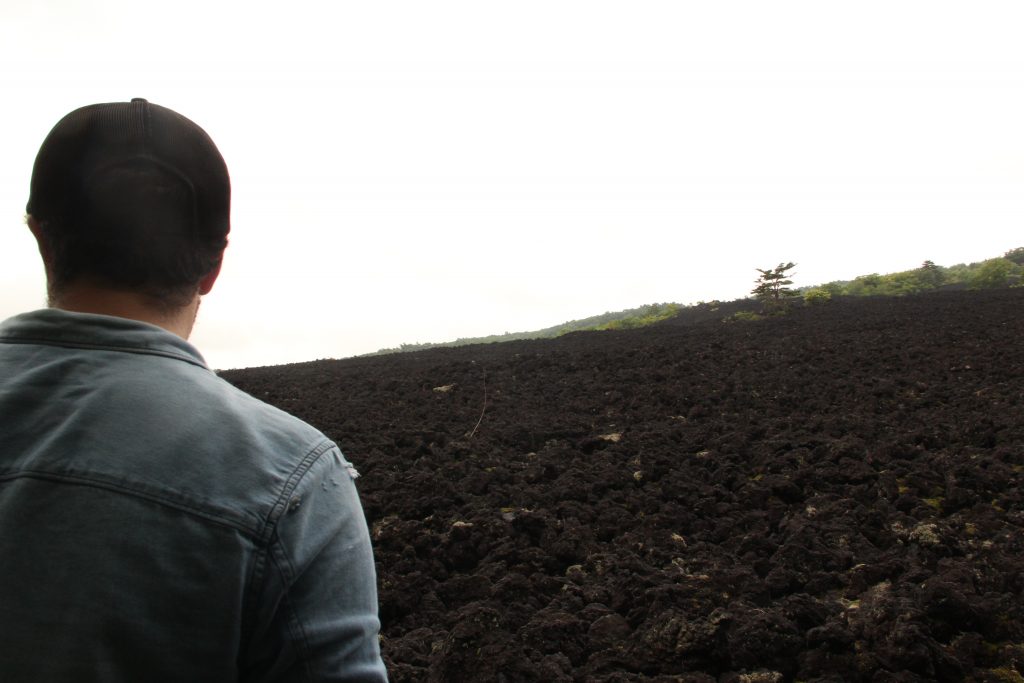 Volcanic rock at the bottom

It was a cool sight to see since Mt. Iwate is a volcano, but you would never guess unless all that rock was lying about. After taking a few pics we continued to climb.

And climb some more.

It was neverending. We were trekking through the forest but the pathway became very narrow at certain parts and we had to climb up tree roots and manmade steps. It was gorgeous, but we were too focused on our aching thighs to worry about taking pictures or the scenery.

Then we climbed more.

Once we left one forest, we had to continue up a steep incline of loose rock. But the view from there was gorgeous. Already we could see that we were getting higher and higher. Being in the forest, you just think you aren’t getting far, but when we made it outside and the only thing protecting me from death-by-falling-off-a-mountain was a single white rope attached to some iron bars, it was a great feeling to know that that’s how far up we were. The breaks here were more often for me though, mainly because with every step I took, I slid backwards a bit due to the loose gravel. After the open area we ended up back in the forest where we had to use our hands as well to climb up rocks and tree roots with the hope that our backpacks full of food would not actually weigh us down and send us tumbling back down the mountain.

But then we made it. Civilization! A cabin in the woods meant for hikers to stay the night so that they could see the sunrise, or rest after their long hike.

So we weren’t done.

There was still more mountain to climb. But we weren’t giving up. Up through the thick shrubbery we went and then over some loose rocks where there were no covers ensuring our safety. But at least you would have an amazing view of the surrounding mountain range as you tumbled down the side of the mountain. 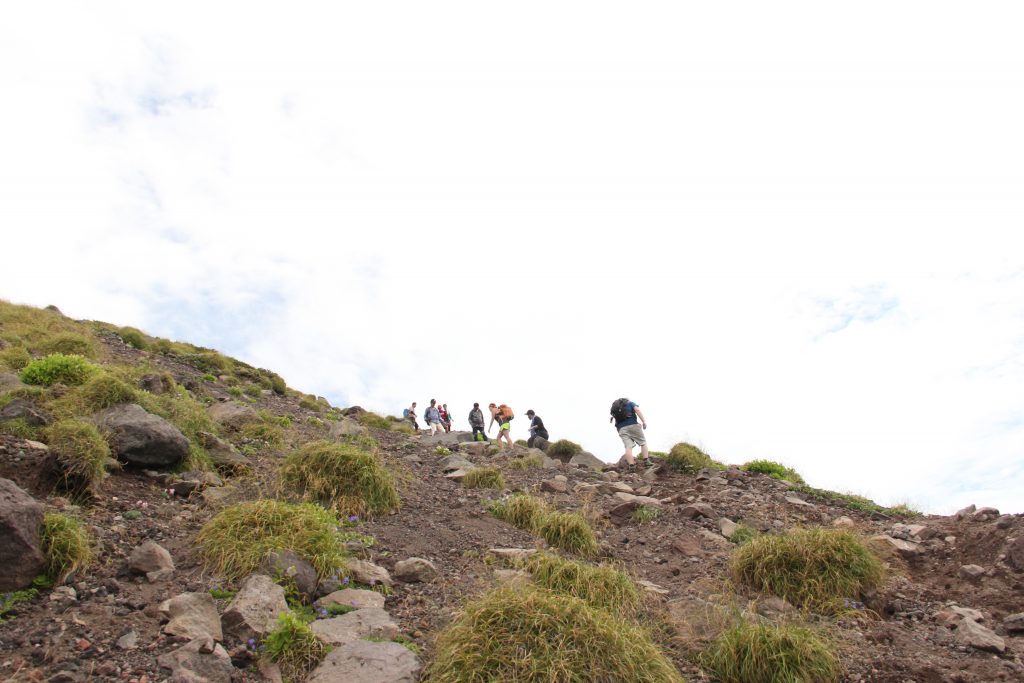 But then we made it! 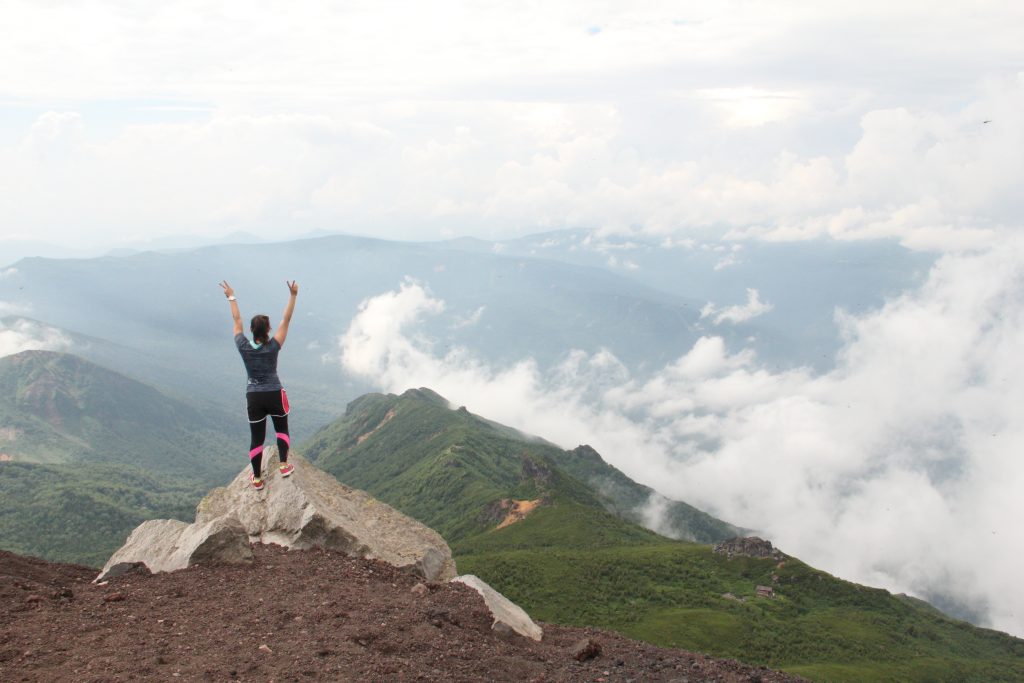 I made it! Now get me off this rock.

The feeling of accomplishment was… exhausting but we were proud. There we were, four inexperienced climbers and on the top of a mountain that we had underestimated. The forest had been misty during the climb but as soon as we reached the top, the clouds were clearing enough for us to see the scenery: the city on the right, and the mountain range on the left. At the bottom of the mountain we saw a few dragonflies but it was the opposite at the top. They were swarming around everyone’s heads, landing anywhere they could, a sight I had never seen before. The dragonflies I didn’t mind so much, but at one point a random unnamable bug ended up in my bra and my need to get it out was more important than everyone seeing my nipples pop out.

Then it was time to climb back down which was just as bad as climbing up. As soon as we reached the bottom of the mountain we were covered in dirt and sweat and who knows what else. But we MADE it. 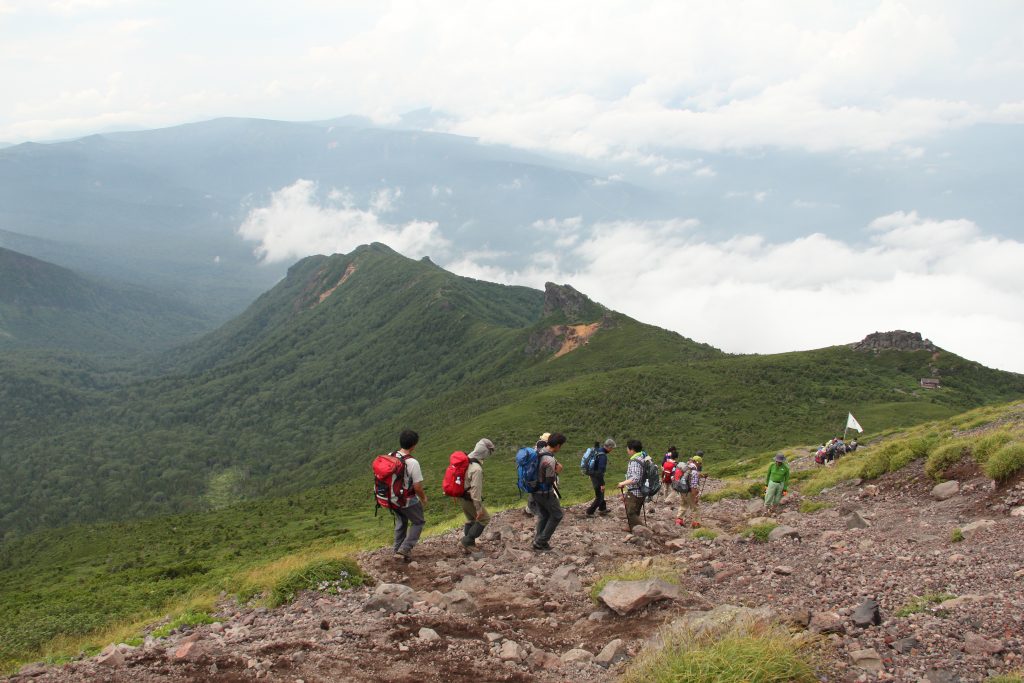 No guards to protect us from the drop down

I was proud. I was in pain and sore all over but everyday I see this huge mountain whenever I exit my apartment, whenever I walk to the train station, every time I want to see a sunset. There it was, this beautiful mountain that seemed so far to me. But now it’s not, I finally climbed it, seriously got to know it’s innards, and I survived!

We celebrated with lots of food afterward. We deserved it.