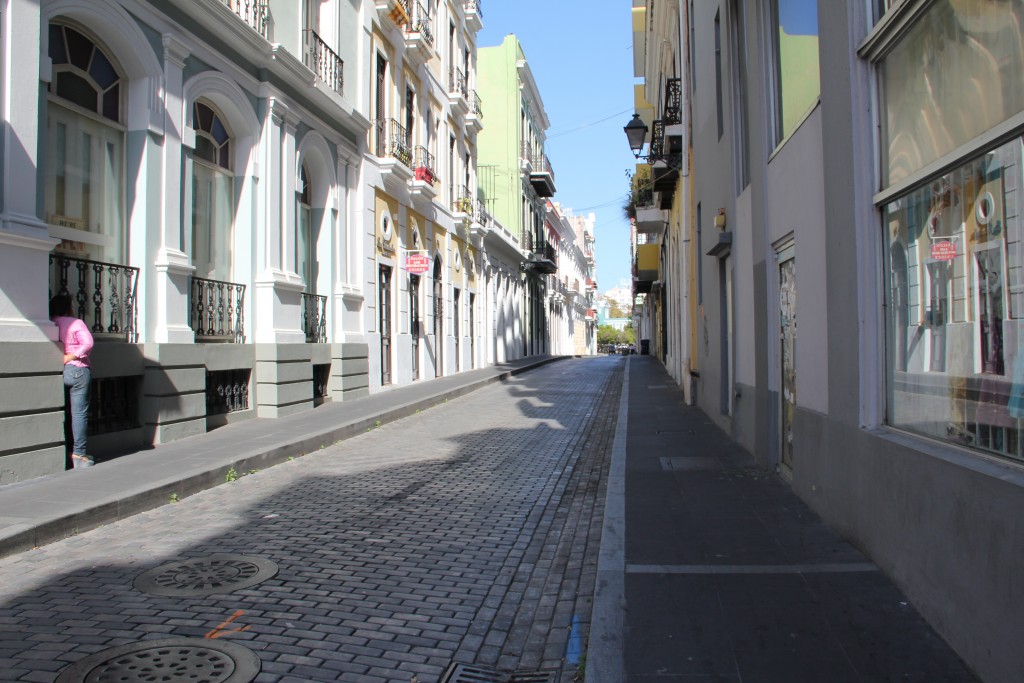 The Best Place to Dance in Puerto Rico

Walking down the streets at night wearing my coral high heel wedges I couldn’t help but think, “How do these Puerto Rican girls sway their hips while walking over these cobbles?” Skill, I tell you. Pure skill.

It was Friday night and we had just arrived in Puerto Rico the previous day. The air was warm and I contemplated if it was the weather or the body heat of the people coming out for dancing. Hearing of a local spot called La Plazita we got dressed and headed out. We were told how to get there, but we had no idea what it was.

Many locals, wearing shorts, tank tops and flip flops were chattering away in Spanish while going in the same direction that we were. It was then that I realized I was overdressed and high heels in Puerto Rico are a dumb idea, but also that this place must be good. As we got closer, the air became more lively. It was louder and you could feel the excitement rumbling through the heated streets. As soon as we turned the corner we realized that our expectations were completely wrong. It wasn’t a club: it was an outdoor dance party.

La Plazita in Spanish roughly translates to The Little Square: a block party. Being Spanish speakers (although I’m not fluent) we should have realized that this wasn’t the name of a club. It is a wild outdoor gathering where the surrounding bars open up their windows so they can serve the people soaking up the natural Puerto Rican heat by dancing outside. People were laughing, people were slurring, but most of all people were dancing to latin music.

A random Puerto Rican couple had welcomed us and ushered us to their favorite bar. Suggesting her drink, the girl immediately shoved her straw into my face to give me a taste. I guess we were close friends by then. It took me a split second to decide whether I was being drugged or not, but this girl and I were obviously best friends already so I went for it. Introverts beware: there are no hiding spots for wallflowers. At this local gathering you may find yourself letting out your inner salsa dancer. The heat causes delirium and alcohol cures the nerves, so take a few shots and hit the dance floor because everyone is on the same level as you. Revel in it.

Around 11 pm we lost our newfound friends because this is the time that La Plazita shuts down in order to prevent danger. Of course, this isn’t the end of the party because it is the same time that all the patrons of the outside party rush in to the nearest bar so that they may continue their drinking and body rubbing.

If you are looking for a tropical getaway that’s not too far with authentic music, sexy latinas and hot, hot dancing, Puerto Rico is the place to go. La Plazita is great to catch up with some locals and definitely takes you away from any tourist traps.