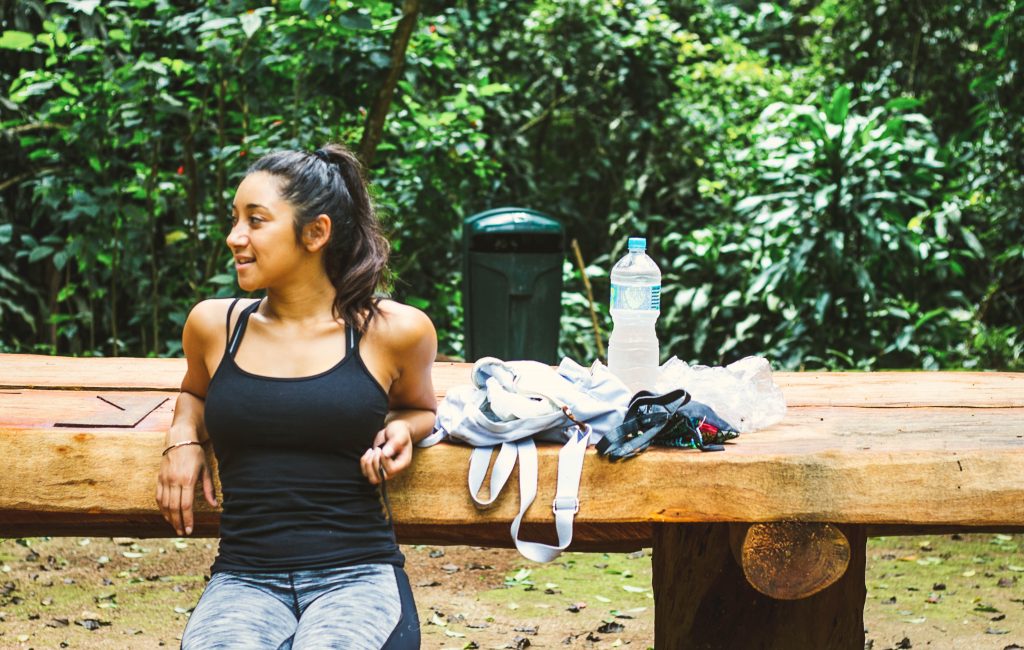 I realize that I’ve been quite the missing person in action, folks, but it’s time for a monthly recap. It’s not to say I’m lazy, or that I abhor sitting down to write these days, or I have no motivation. Absolutely not. What it is is I found something I wanted to focus on for a hot second. And that thing is enjoying a whole new culture. I’ve been to Peru and Colombia and I can speak a little Spanish so these countries were easy to navigate, but as soon as I arrived in Brazil, everything changed. I was being challenged. It was like I met someone very special who was hard to get, and I decided that I needed to get to know that person some more. Take her out on a date, impress her with my Portuguese speaking skills. I am yet to do so. We’re in the honeymoon stage of this relationship and it’s disgustingly cute.

Now February has come and gone and I haven’t updated any of you on anything. Well, today is the day (kind of, I have other stuff in the works). I finally felt comfortable enough to walk around with my laptop, waving it in the air like a marching baton twirler, as if to say, “Take it, as long as I can stay forever!” I’ve even found a spot where I can sit and type this up. It was a must today, the last day of the month. One friend had actually reminded me that I hadn’t been writing. Dear friend, I know I haven’t been writing, I can feel it in my bones. I could go on, but let’s not.

Here you are my loving fans (meaning you, Mom): a roundup of these past 28 days. 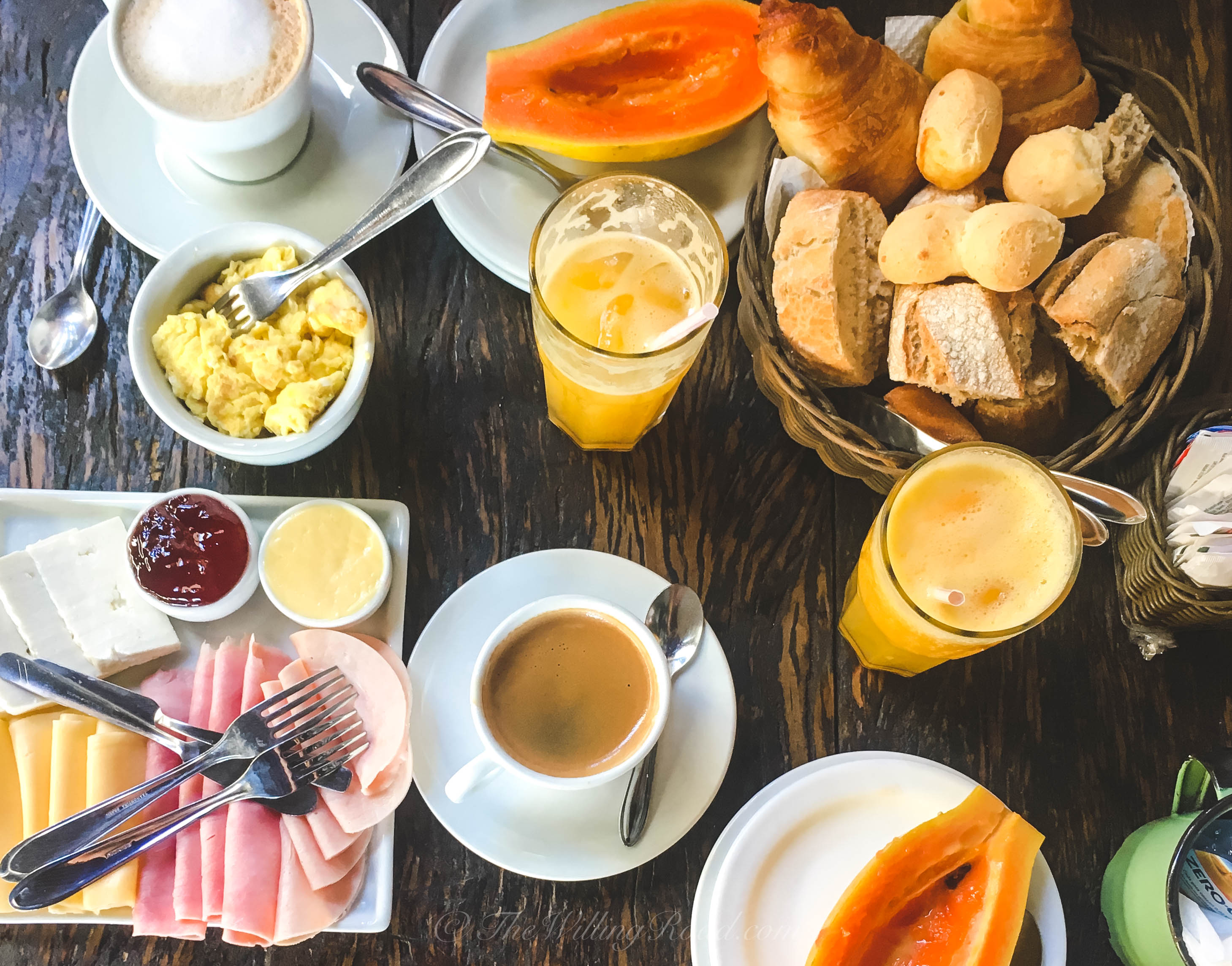 Dancing in several samba pits full of glitter, sweat, and who knows what other bodily fluids were being passed around in the crowds of Carnaval.

My first night/morning I jumped into the ocean with all my clothes on as the sun was rising. No alcohol was harmed in the making of this action… I promise ociffer.

Dancing in a crowd of people while following brass bands and drums marching down the streets.

Living with a family in Leticia, the Amazonas of Colombia— I slept in a hammock for $4, talked to Gloria, the woman who owned the house, hung out with a guy from England who lived in her treehouse, and spoke to a young man whose tribe lived about 2 hours away by foot. His name was Clever and he blessed the Englishman’s tobacco pipe with chants in his native language. I wish I could have spent more time there, but I had underestimated the potential of such a small city.

Watching a brass band play in the rain— The streets of Rio were flooded on Valentine’s Day. The water came up to my knees, but a brass band continued to play and we all kept dancing around them.

Eating churrasco at Marius Degustare— Churrasco is a Brazilian BBQ, and at Marius Degustare you can have all-you-can-eat meat, dessert, and a buffet which includes sushi, smoked salmon, salad and more for around 50 USD. It was the most expensive meal I had ever had in South America, but with the combination of excellent service from the psychic staff and amount of meat that we ate, it was worth every penny.

Starting volunteer work at a hostel— When I arrived to Buena Vida Hostel, the girl checking me in told me with regret that she was leaving the next day, and my first question was whether they were hiring. I started working 3 days later and got to know a lot of the staff who are remarkable people.

Skinny dipping in Copacabana— Is this allowed? I’m not sure. It was 6 am.

Hiking Dois Irmãos— We hesitated to pursue this hike due to a recent shooting at the favela that sat at the entrance of the hike, but after several days of heavy drinking physical exercise was exactly what we all needed. In order to avoid any dangers, we took mototaxis to the entrance, which is a thrill in itself as they wind through the streets of the favelas. Then, once you reach the top of Dois Irmãos, you can see Leblon beach and the city below. It was cloudy that day, but it’s a hike that I will do over and over again. 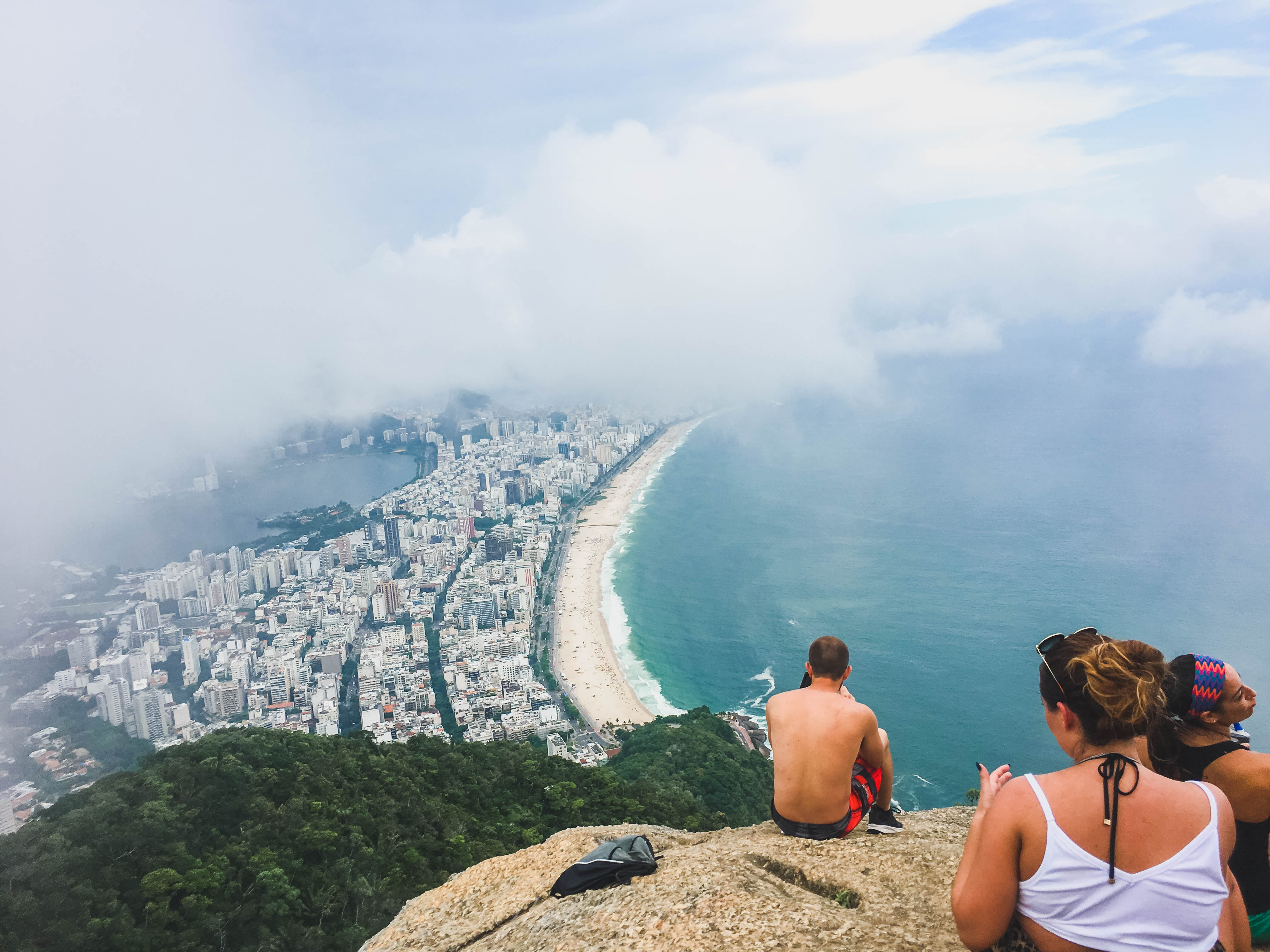 The view from the top of Dois Irmãos

Hiking Pico Da Tijuca— I almost didn’t do this hike because of how lazy I had gotten, but I’m so glad I did. At the end of the hike you have to climb up some steep stairs, almost like a ladder with nothing protecting you from falling which stimulated my fear of heights, but the view is worth every deep breath I had to take to get over my fear.

My Brazil visa wasn’t ready— After 10 business days had passed, I returned to the Brazilian embassy in Bogota to only be told that it hadn’t been 10 days, even though I was certain it had been. My flight was the next day, and they said it would be ready then. I had to rush to the embassy in the morning in order to get to my flight in time. Then I noticed that my passport ID number was one number off, but the embassy simply shrugged and said there was nothing they could do. A stressful moment, but I made it to Brazil anyway.

Not speaking Portuguese— As soon as I crossed the border from Leticia, Colombia into Tabatinga, Brazil, my Spanish skills became insignificant. Turns out that Brazilians don’t speak Spanish as much as I heard they did.

My plane was delayed for 2 nights— I was supposed to leave Tabatinga on February 7th and arrive in Rio De Janeiro on February 7th. I didn’t arrive until February 9th because the plane was having difficulties (rumors of police looking for someone on the plane were spread about, as well as rumors of the B-word, but I can’t speak Portuguese). I had waited in the Manaus airport until 5 am when they finally fed us food, and then put us up in a hotel. Then the same thing happened with a layover in São Paulo and they had to put us in another hotel. But we also got all-you-can-eat buffet for breakfast and dinner so I was happy. Also, if I hadn’t been delayed then I never would have met a Brazilian/American who assisted me with translations and encouraged me to keep writing. I promised him he’d be in my book one day.

ATMs not working during Carnaval— It was extremely difficult to find an ATM that A: accepted my debit cards, and B: had enough cash to dispense. A lot of the banks closed their doors and boarded up their windows for fear of robberies during Carnaval, so I and several other travelers were stranded without cash for a little bit. Luckily, a lot of places take cards in Rio.

Brazil is expensive— Getting used to Brazil’s prices is a lot more difficult. There are cheaper options in Brazil, but I haven’t figured them out yet, so I will keep you all posted on how I keep money in the bank while I’m here.

What's to Come in March

I’ve fallen in love with Rio. It has hiking, beaches, and nightlife, everything I ever want in a city, so I’m not quite ready to leave. The original plan was to already be at home, comfortable in San Diego and planning my next trip, but spending only a week in Rio didn’t feel right. I want to learn more Portuguese and immerse myself in this insane and lively culture at least until I can perfect my samba moves (this might take a while, though).