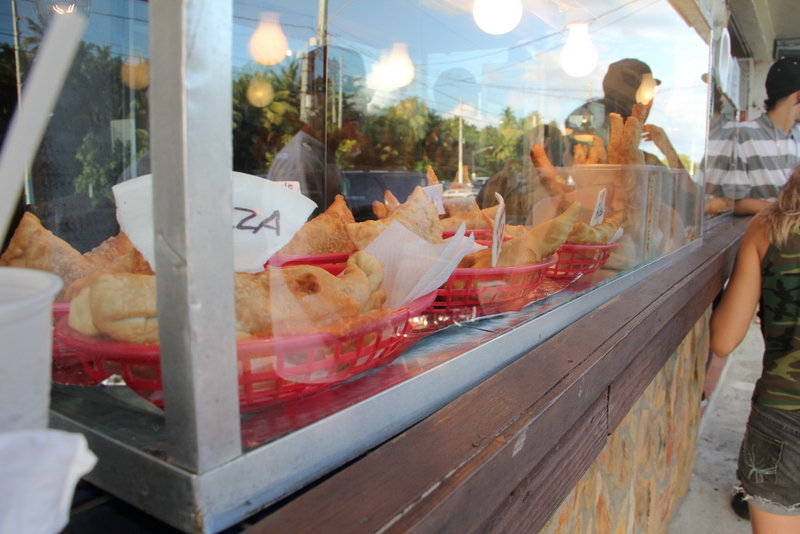 A sit down meal was not in the agenda the day that we trekked through El Yunque Forest of Puerto Rico. After treading carefully over fallen trees and broken stepping stones, and taking a swim at the waterfall halfway through the hike, we worked up quite an appetite.

Our clothes were soaked through from our bathing suits, and bugs were probably nesting in my hair, yet the need for an hour drive back to a shower void of hot water did not overcome our hunger. Where else could we go for local frituras, but the nearby town of Luquillo. 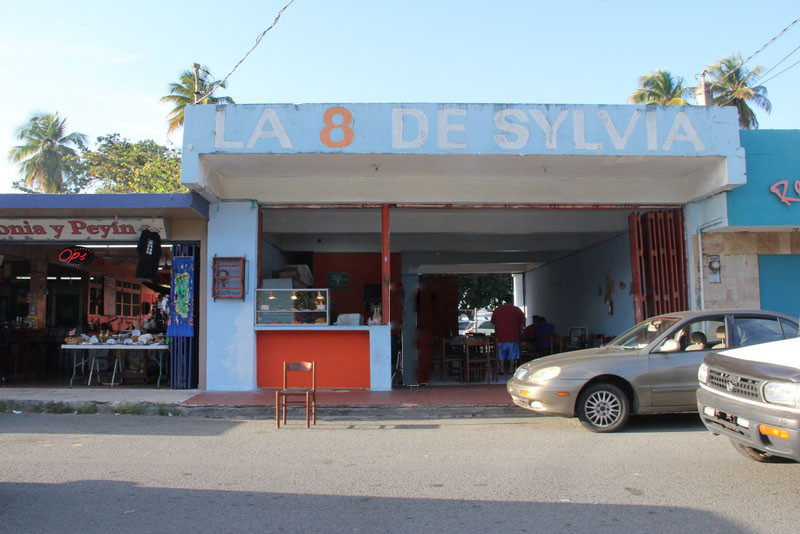 Except for it’s food, we did not explore much of Luquillo, but in the time it took us to stuff our faces I did realize that it is a necessary stop for any traveler who wants to experience local food of Puerto Rico. It’s about a 45 min drive outside of San Juan on the way to El Yunque Forest and should not be missed. Since we were only there for five days, we found it difficult to be able to find all the best street food just by walking around San Juan. The kioscos at Luquillo contained a variety of the local finger food frituras, or fried food. Each shack is lined up side by side and wide open for easy browsing.There were so many to choose from that our plan was to bounce from booth to booth trying everything but the American food. 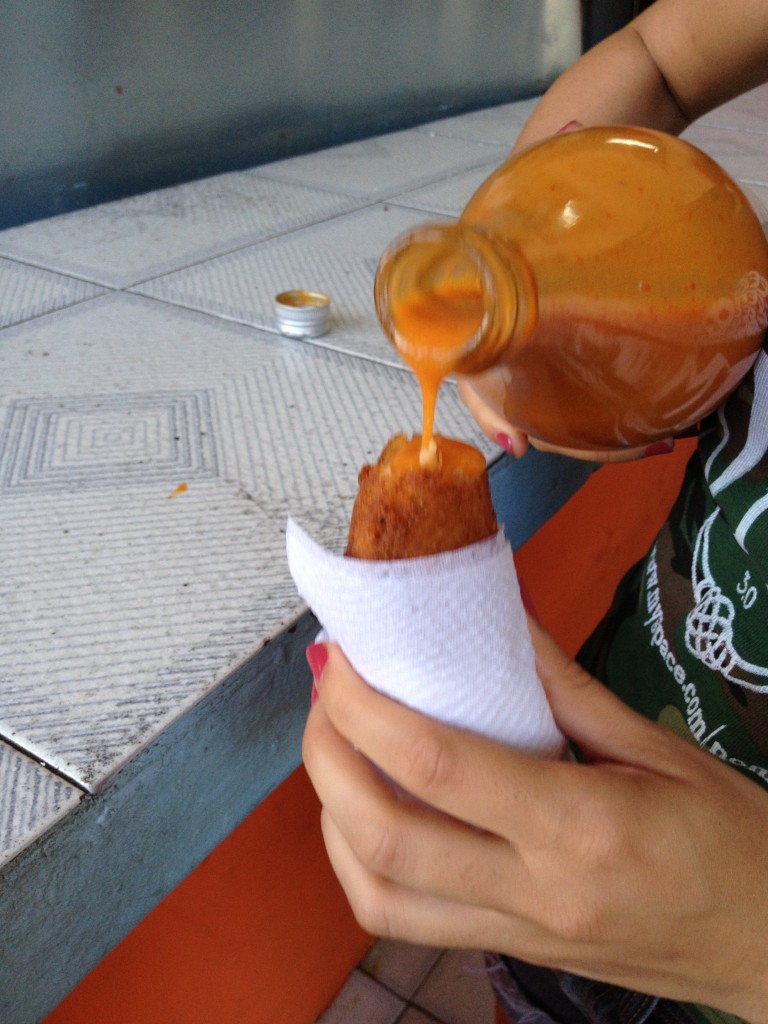 But first: alcohol. The trick to continuously eating food, especially fried food, is to consume alcohol before and during. However, please don’t drink so much that you start drooling all over yourself and you can’t even taste the food because then that would be pointless and you’re trip wasted (do I really need to give this advice?) Before browsing the kioscos we started with an alcoholic beverage and what better to start our food-tasting adventures in Puerto Rico than with a pina colada? We had had several pina coladas throughout the trip but this one seemed to be the best. Maybe it was the pairing with the food or the fact that it was made right there from a Puerto Rican local. Whatever it was, it gave us a good Puerto Rican buzz that encouraged us to keep on eating. 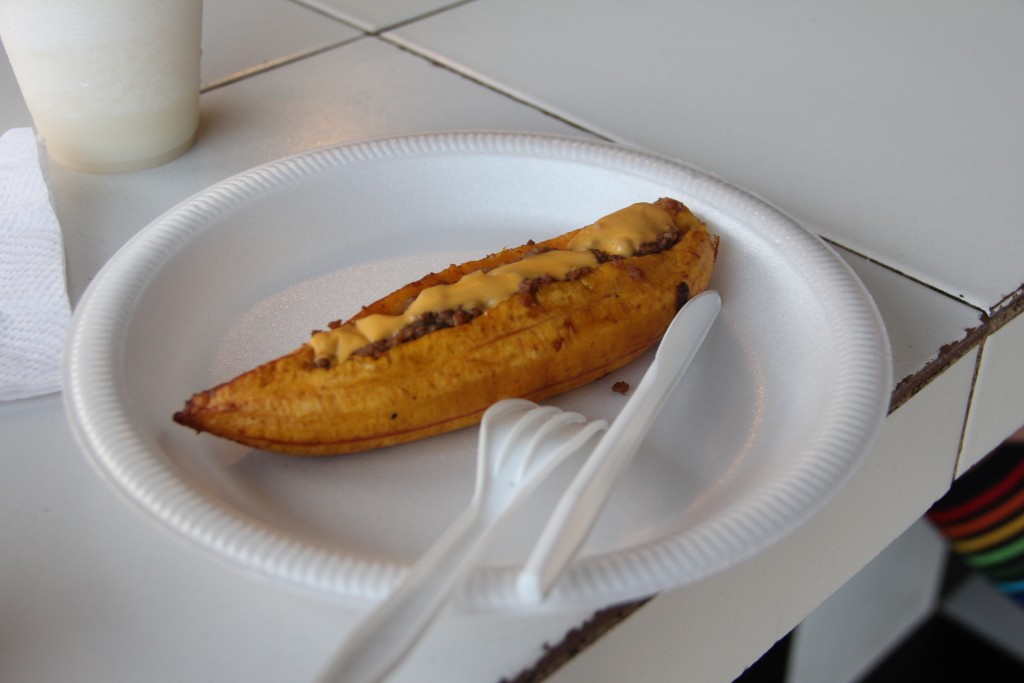 Among the many foods we ate were the alcapurrias (yuca balls), canoas (beef-filled ripe plantains), and so much more I can’t even name because I’m starting to drool on myself. Oh, and I also had pig intestine somewhere in there. At least, I think that’s what they were saying… 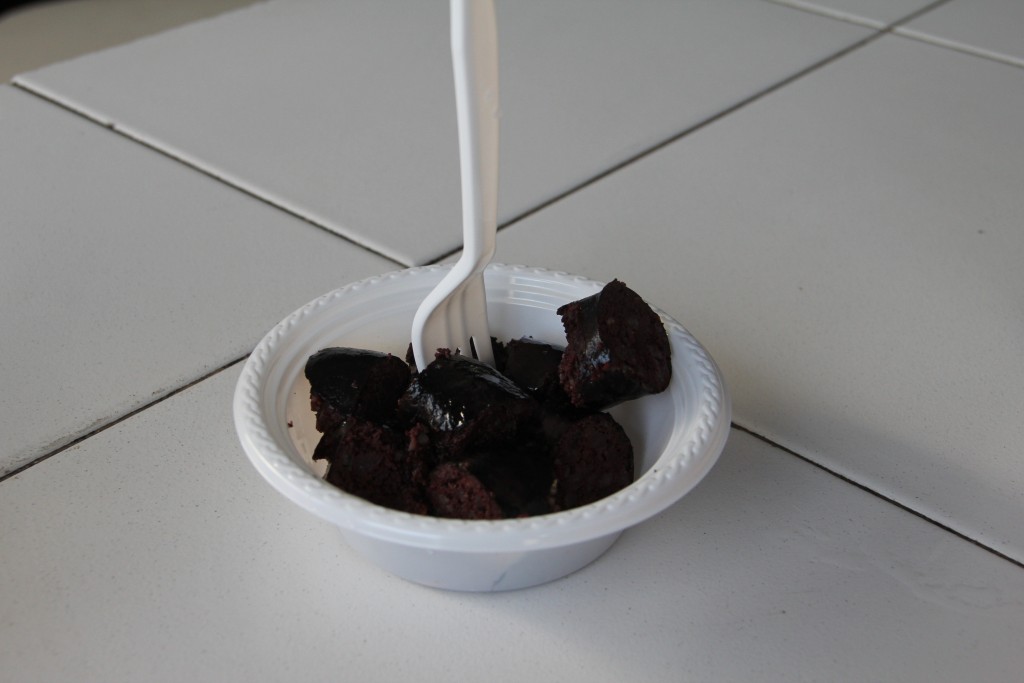 There are definitely other foods in Puerto Rico to try out like mofongos and pasteles, but Luquillo is the destination for the fried finger food that represents the local taste of Puerto Rico.