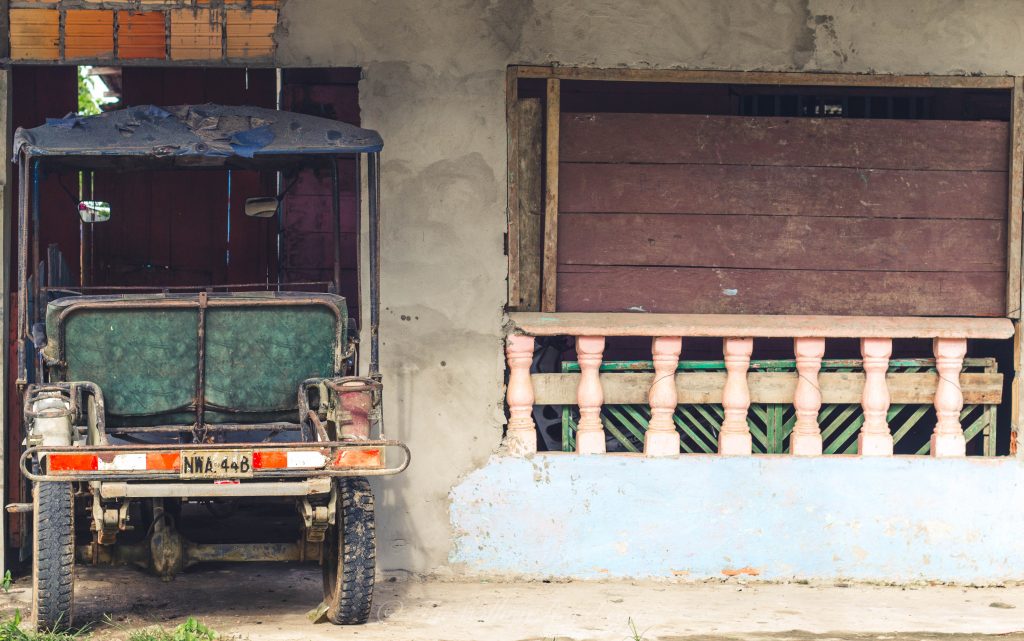 This guide is for those of you in Colombia who want to cross the border to Brazil by land. The Leticia-Tabatinga border crossing is the one you will take, but it requires some extra steps which I will guide you through below.

If you’re trying to make it to Brazil in a timely manner with fewer steps, then a direct flight will be most beneficial to you, albeit more expensive.

Technically, the border crossing I am about to show you is by land, but in order to reach this point, you will have to take a flight. I even spoke to some of the locals and asked them how to arrive in Leticia and they confirmed that the only way in and out of the small border town was by plane. Now there might be another option of trekking through the jungle for a few weeks, but this requires a bit more preparation involving masks to ward off animals of the jungle and blessings from jungle tribes… but let’s stick to the route that keeps us alive and well for now.

Fly to Leticia, the Amazonas of Colombia

Leticia is a city in Colombia that borders Brazil, and Peru. The Brazil side is Tabatinga, and the Peru side is Santa Rosa. You must fly to Leticia to start your border crossing.

It’s generally cheaper to fly from Bogota than Medellin due to its proximity, but either way, your searches will be domestic flights, so they will not be as expensive as international. Latam Airlines, Avianca Airlines, and COPA Airlines all have flights going in and out of Leticia. I flew with Latam Airlines, which I booked through Kiwi.com about 2 months in advance during high season and it was $96. If I had bought the tickets earlier, they would have been cheaper, but so goes life.

Upon arrival to Leticia, you will be hit with an entrance fee. Yes, all tourists, tour guides, tour groups, business persons, wannabes, and vagabonds must pay the entrance fee of 32,000 COP. There is no way of getting out of this, I watched as several people tried.

Now, apparently, when you land at the Leticia airport, this is where you get your Colombian exit stamp which lets you stay in Leticia for one night and leave the next day. However, I did not do this, which may be why the immigration officer that did stamp my passport seemed a little frustrated with me, but I just chalked it up to him having a bad day. Check the main area of the airport for immigration (inmigración) to get your exit stamp. If you do not do it immediately, you’ll just have to return to the airport at a later day to get the stamp (or you can do what I did which I mention below).

When you leave the small airport you will be approached by people trying to sell their accommodation. Move past them and go right, where you will find the tuk-tuk drivers to take you to your accommodation that you’ve already booked ahead of time. Some of the accommodations that were being advertised when I arrived were actually hostels I had heard of from HostelWorld, but I had found a cheaper option through Airbnb living at a sweet lady’s house and sleeping in a hammock.

The roads are pretty basic. Two lane roads are not marked and most of the transportation is either a tuk-tuk or a motorbike. The weather in Leticia is humid and it is the jungle so be prepared to have your mosquito repellant handy.

Spend a couple of days in Leticia if you have the time. There’s a jungle trek tour that you can do that I heard was great, but unfortunately, I hadn’t planned for it. It’s a small city, but there’s a mix of Brazilian and Colombian culture in one location, and the fact that it is secluded from the rest of the big cities makes it unique. You’ll find that many people speak a mixture of Portuguese and Spanish in this city.

I didn’t feel in danger while walking around and found it fairly easy to hail a mototaxi or tuk-tuk. I did not walk around alone at night though as there are not a lot of street lamps to light the way and did see that there were a few drunkards roaming around.

I found Wifi to be scarce also and met a lot of backpackers who went there to escape the “city life” even though Leticia is a little city in itself. If you need to do any business online, try to do it ahead of time otherwise you’ll need to look for Wifi cafes.

Cross the Border to Tabatinga

Crossing the border is the easiest part. To the border by mototaxi is 2,000 COP (.60 USD), and by tuk-tuk 5,000 COP (1.50 USD).  There is no line to cross the border. The border is just a big open roadway with an arch over the entrance and no police or any sort of official waving you through.

In other countries, it is normal to arrive at the border, have your passport stamped for the exit of one country and then the entrance for the next and then you cross the border. The border (la frontera) in Leticia however, is not where you get your passport stamped. You must ask your driver to take you to la policia federal (the federal police) which is an office separate from any other building where you can have your passport (pasaporte) stamped near the Leticia-Tabatinga border to officially get you into Brazil. The building is just on the side of the road.

At the time, I didn’t know about the exit stamp at the Leticia airport. My mototaxi driver took me straight to the Tabatinga airport and I was shocked at how fast we had gotten there. After informing him that I hadn’t gotten my passport stamped he took me back to la policia federal to get it stamped and waited for me. Of course, this cost me a little extra money, but I verified the price with him first.

Get Your Passport Stamped

The stamping of the passport is very straightforward. Either have your driver wait for you outside, or be prepared to track down another one, haggle with another one, and stumble over the language barrier with another one. My driver waited for me while my passport was stamped, as I said before, after verifying the cost.

Many of the people who live in Leticia have a visa that allows them to travel freely between Tabatinga and Leticia without the constant need to go to the immigration office.

By mototaxi, the whole trip from your accommodation to la policia federal to the Tabatinga airport should not cost more than 10,000 COP (3 USD).

The airport is only another 5 minutes by mototaxi from la policia federal office. The drive is through a military base, and much less welcoming than Leticia. The drive is very easy and the road takes you straight to the airport.

The Tabatinga airport is extremely small: one security check and one check-in line for both international and domestic flights, but there will be no signs until you get past the first security check. You will notice the difference in the Spanish speaking abilities though– no one speaks it.

I took Azul Airlines (a local Brazilian airline) and paid about $260 for the one-way flight (also bought 2 months in advance in high season).

Many people travel to Tabatinga in order to catch the riverboat on a 5-day tour up the river to Manaus. Because I was in a hurry to get to Carnaval in Rio De Janeiro, I did not choose this option. Once you reach Manaus, however, you will either have to catch another flight or take a bus which amounts to 85 hours and several transfers.

Whether you take the boat or a flight, you will most likely have a stop off in Manaus before heading to Rio De Janeiro. Manaus is another city worth spending some time in, so if you are not in a hurry try to take advantage of the city in the middle of the jungle.

If you are headed to Rio De Janeiro, you will most likely land at the Santos Dumont (SDU) airport. From there you can use the airport wifi to call an Uber to your next accommodation.

And there you have it! Brazil makes it a bit difficult and involves a lot more steps in order to get there, but for whatever reason, it’s completely worth it in the end. So take the steps, spend the money and prepare to experience one of the most lively cultures out there! 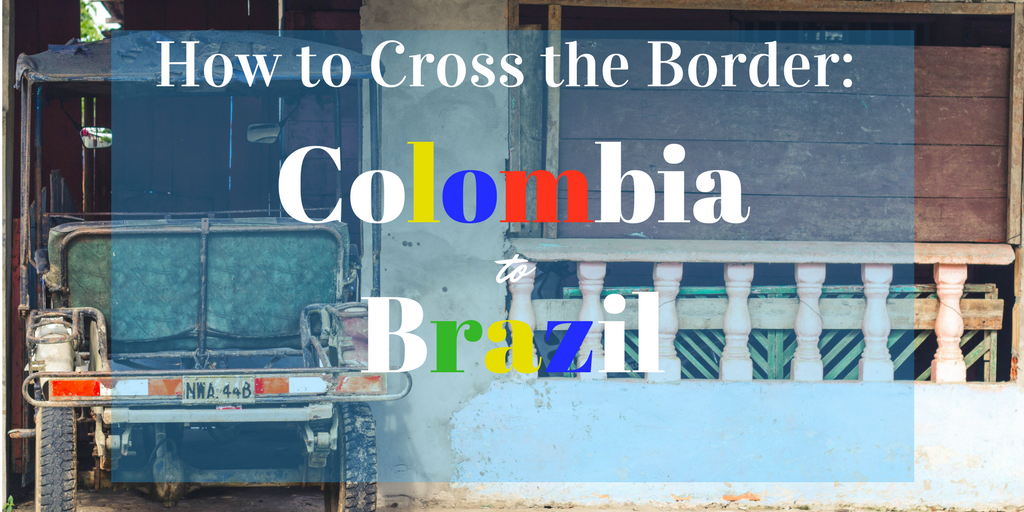