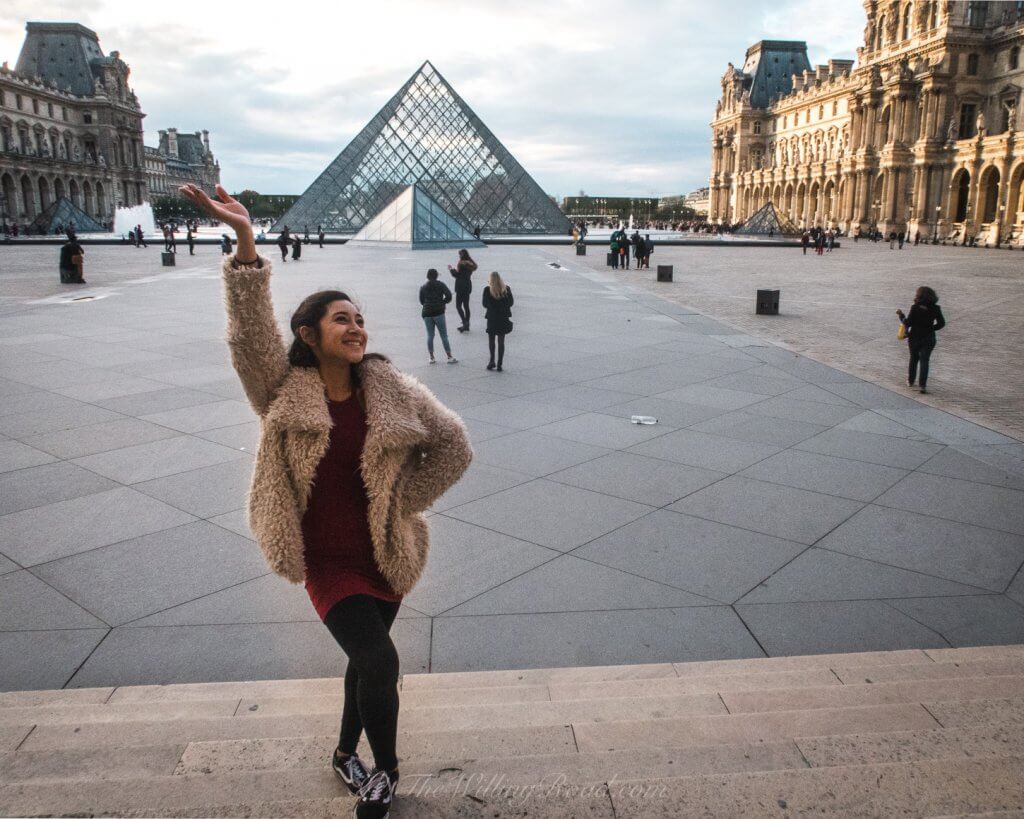 Europe is expensive. Part of the reason I avoided Europe was because of the cost of everything, but hey, sometimes you just gotta go.

When I finally reached Paris, I was at the end of my budget. I wanted to see Bordeaux, I wanted to experience the gypsy culture, but was it in my budget? No. I’d have gone broke faster than putting pennies in the slot machine in Vegas (who loses $60 in 1 minute with the pull of a lever? Oh yeah, helloooo Amazon)

Alas, I was a broke bitch, and I mean broke in the kindest of terms. Bitch, I definitely mean the way you think. So there I was, in Paris, just a girl trying to live the romantic Paris life that every soul-sucking romantic comedy believes we need (I do need). Well, I have the poor-girl-searching-for-love character down, now if only I can find the Prince Charming that feels bad for me and takes me for a bike ride around the Eiffel Tower. No takers? Damnit.

Broke bitches don’t let empty bank accounts determine their happiness though (although that’s probably why we’re all broke). Paris is expensive, but only if you have a mediocre poor person’s mindset. So, here is what I did in Paris with no money.

Things To Do In Paris 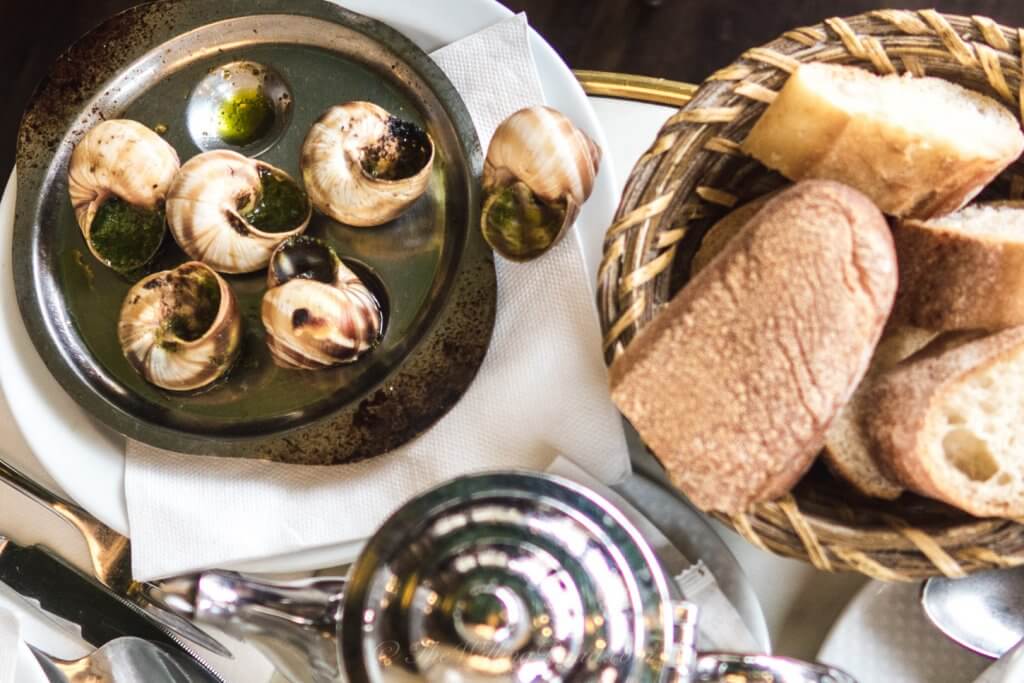 I saw all of Paris in a day and only spent a few dollars on the train and maybe a few souvenirs.

How is this you might ask? I surround myself with other broke bitches who can appreciate looking and not touching. I also had a serious talk with myself about what mattered to me.

Do I really need to go inside the Louvre for 17 Euro to see the Mona Lisa (it would be my second time) only to be quickly ushered away for the next group of people to enjoy their one minute of viewing? Would I be doing it to show off to the Instagram world that I finally saw the Mona Lisa? Yes. Was that worth 17 Euro to me? Nope. I had that conversation with myself for several different attractions in Paris. Do I need to see the view from the Eiffel Tower for 25 Euro if I can’t even see the Eiffel Tower? No. What about the Musee D’Orsay? Negative. I guess you can say that I’m not much of a museum goer. But did I spend that same amount on a plate of escargot (snails) and Soup d’l’ognion? YES. Because that was more important to me than looking at a painting to show it off to my friends.

Once you’ve had this serious talk with yourself, it’s time to explore all the free things you can do. Most of that is by sitting back and enjoying the views, taking in the culture of Paris and eating the best things they have to offer. 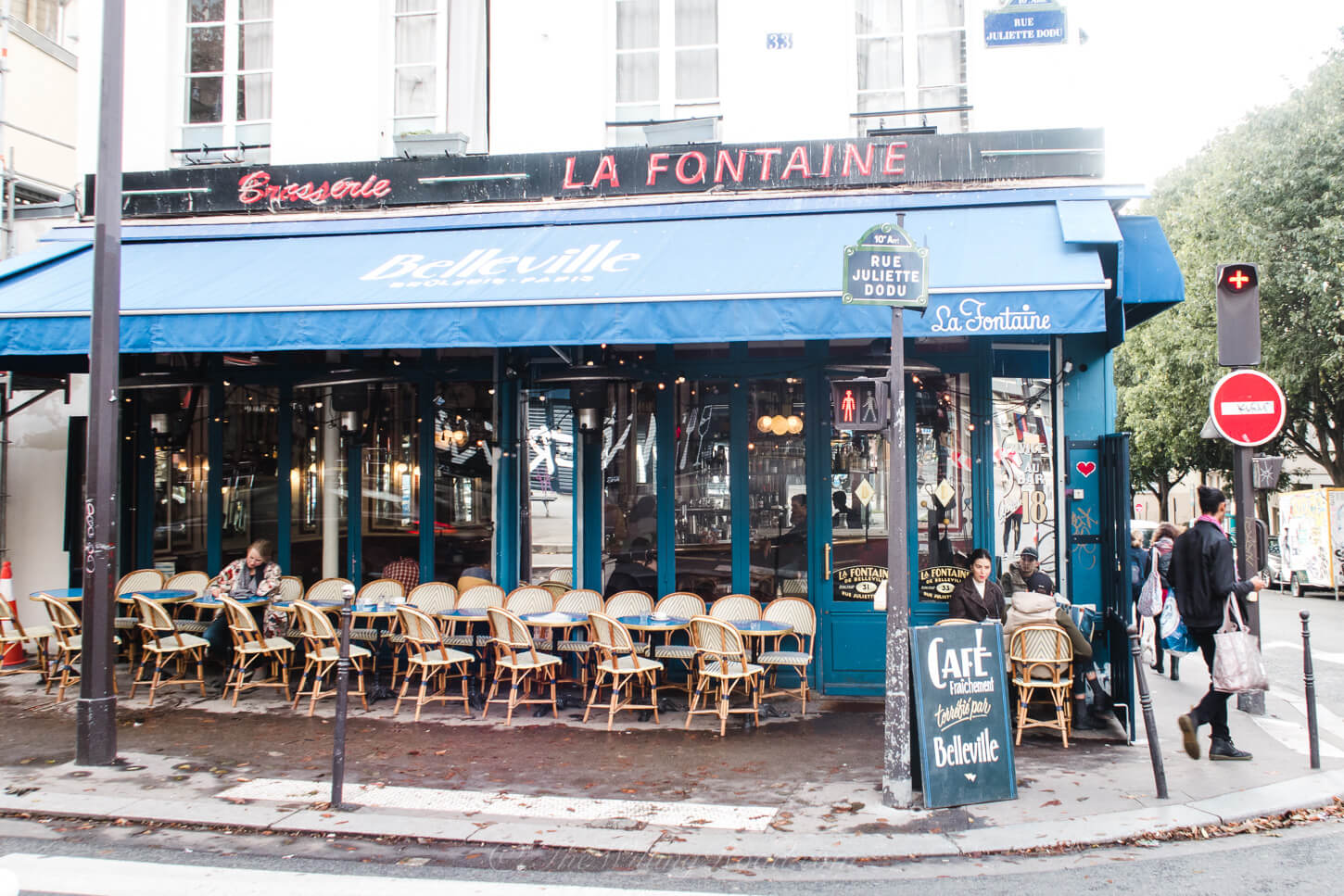 Cafes are beautiful in Paris

Wander the streets of Montmarte

Everything in Montmarte screamed typical Paris to me: the pleasantly old-fashioned cafes that leaked to the streets, cobblestone walkways, the souvenir stores that had more than just a keychain with your friend’s name on it and local artists selling their work– it’s all free to look at and see. Make sure you splurge on an artistic postcard or two though.

Just along the Seine River is a local cultural center that serves up beer and has local performances. You’ll easily spot it because a lot of people will be sitting along the riverside drinking their beers, laughing and smoking their cigarettes. Inside holds a different event, usually musical, but sometimes it can be an art show or pop up gallery. You must pay for the concert, but everything else is open to the public.

It’s completely free to enter the Jardins des Tuileries and it’s right outside the Louvre. Wander around, take some pictures,  and have a picnic with bread and cheese.

Marais may look like a place where you would spend a ton of money, but don’t be fooled. There are thrift stores scattered throughout. Thrift stores in Paris are a bit different than the ones in the US since you will find a lot of high-fashioned products inside. Make sure you head to the back where the bins of clothes are being sold for 1 euro per item. Yes! I bought the fanciest and fluffiest of fur coats in those bins for only 1 euro. It takes some digging, but it’s totally worth it and gave me the same high as when I was bargaining in India.

Buy your groceries from the supermarket

I went to Carrefour for my bread and cheese. If you buy the bread in the morning, it’s still fresh and tasty, and heck, less than 1 euro. The cheese is only around 2 or 3 euro. Boom! You have yourself a nice little snack you can eat while hanging out at any of the parks. Might I also suggest heading to Parc des Buttes-Chaumont to enjoy said bread? Thank me later. 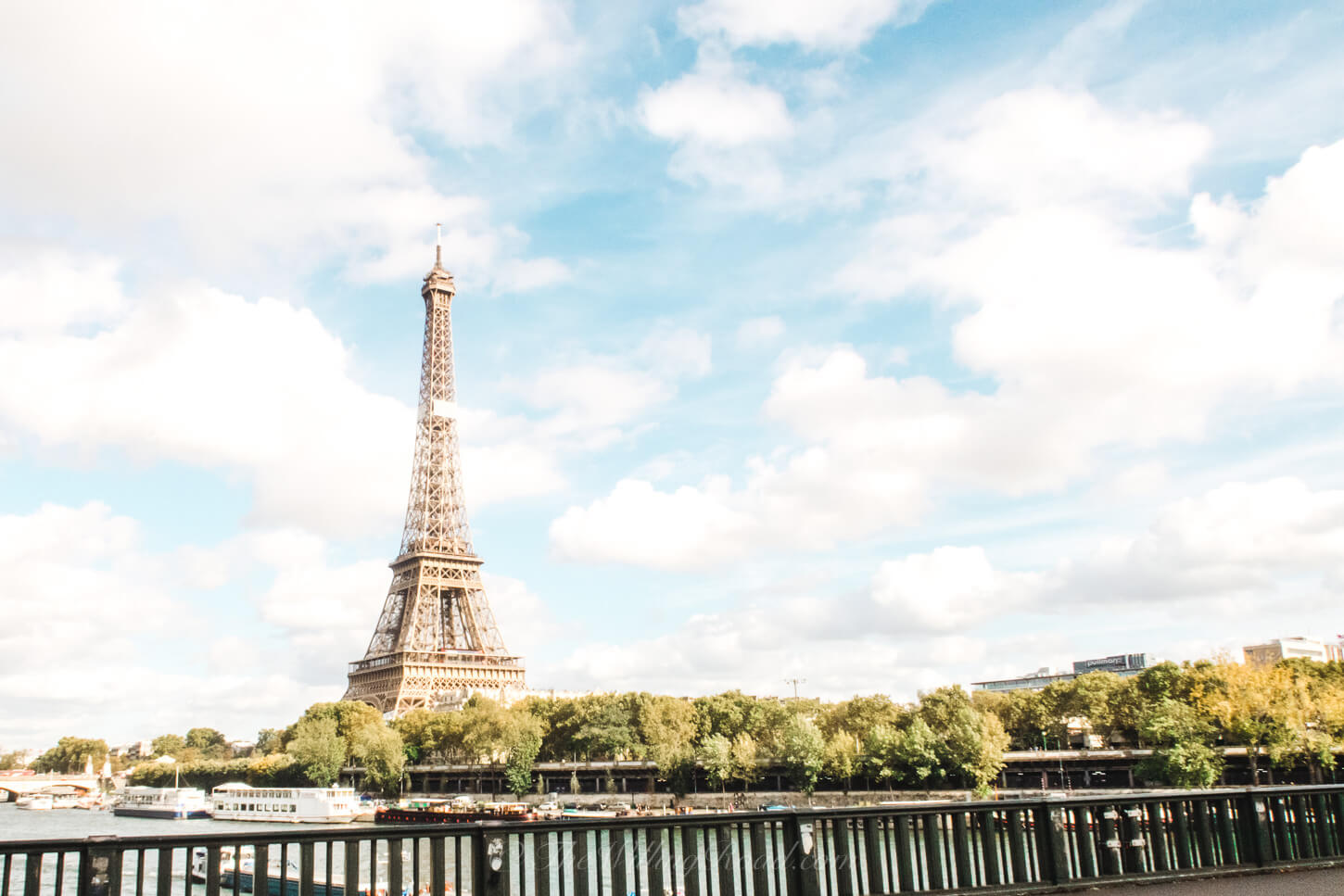 Views of the Eiffel Tower are always free

Nope, I don’t mean go up the Eiffel Tower. I think everyone should try it once in their lifetime (25 euros) but just seeing the Eiffel tower is a reward in itself. I saw the Eiffel Tower at least 10 times while I was there and definitely went out of my way to be able to see it. Hint: take the train from Bir Hakeim to Passy on Line 6 for one of the most beautiful views of the tower as you’re commuting to your next destination.

On the morning that I arrived in Paris, my friend, Ximena, whom I had met in Colombia had advised me to take an Uber from the train station to her house. After checking the prices for such a trip, I questioned why I was friends with this person. Paris is a big city. An Uber ride from one side of the city to the other was going to be around $40. Instead, I took the subway metro and then transferred to the L train which dropped me off about a 10 min walk away from my friend’s apartment. Nothing wrong with a little extra exercise.

After that first train trip, I decided to invest in a Navigo Week Pass which is 22.50 Euro + 5 Euro to purchase the physical pass. If you don’t purchase a week pass, one train trip costs 1.90 Euro.

Note: I only invested in this card because I was going to be in Paris for more than one day and I was buying it on a Tuesday. The pass starts on a Monday and will last you until that upcoming Sunday, but if you buy it on a Friday, it will only last until that Sunday and will not be worth your money.

Does this method take longer and require a bit of navigation on your part? Why, yes, yes it does. But if it’s between sitting in an Uber stuck in traffic or staying aware as you navigate Paris’ metro to save money, the latter always wins when you’re looking for adventure. 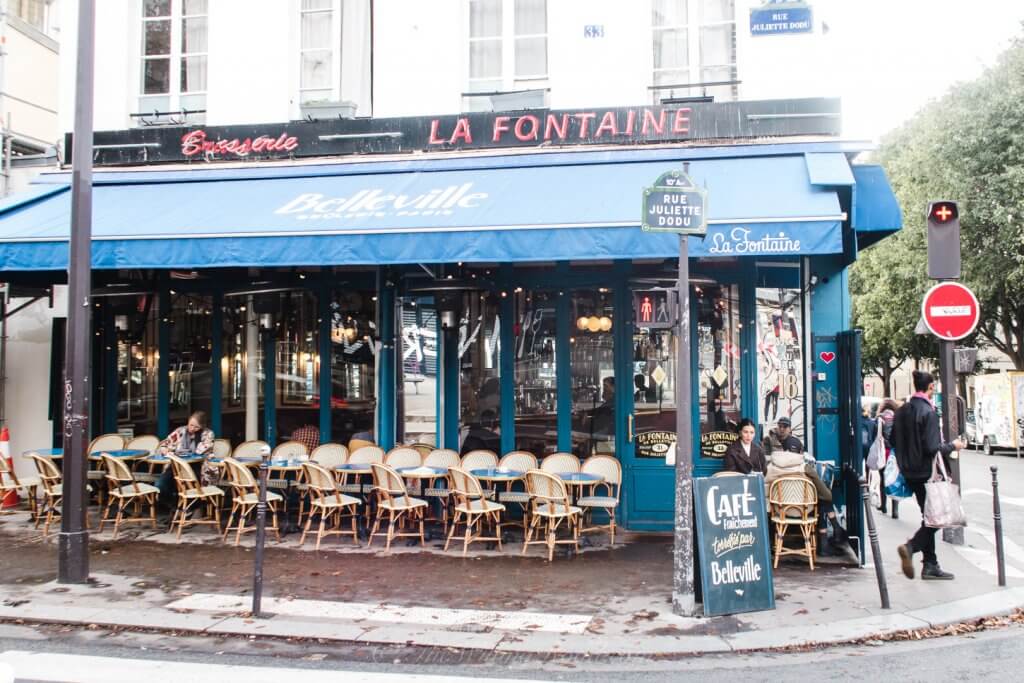 Don’t expect to save a ton of money through hostels. While yes, they are indeed cheaper than the hotels, hostels are still more expensive than in Southeast Asia or India or even South America.

My friend Ximena, mentioned above offered me to stay at her place for free and boy was I lucky to have that. She lived a bit further on the outskirts of Paris, but the amount of money I was saving staying with her really helped me extend my trip. After I stayed with her (I was taught not to overstay my welcome) I moved around from hostel to hostel (a whopping $40-$50 a night) until another friend had found out what I was paying for hostels and offered to share her apartment with me for the rest of my stay. A. God. Send. Especially since I’m very proud and would never ask a friend to accommodate me even if I was on my last $20.

Now, she lived in the smallest apartment I’d ever seen. Watch out New York, you’ve got some competition out there. For $750/month, she had a kitchenette which was one foot away from her pull out bed, shared a wall with her shower and only 3 feet from the window and her entranceway shared space with her closet and (drumroll please) a wonderful view of the Eiffel Tower. My point is, I was not going to get choosy about where I was staying. A roof over my head and a pillow to rest my cheeks on were all that mattered to me at that moment.

If you are looking to save on accommodation, definitely look into Couchsurfing.com. If you are uncomfortable staying with strangers then hostels will be your best bet. The cheaper hostels are located a bit further outside of central Paris, but it will take you more time to get to the popular attractions that you would like to see. Choose wisely.

Are you planning a trip to Paris soon? What are you excited to see?