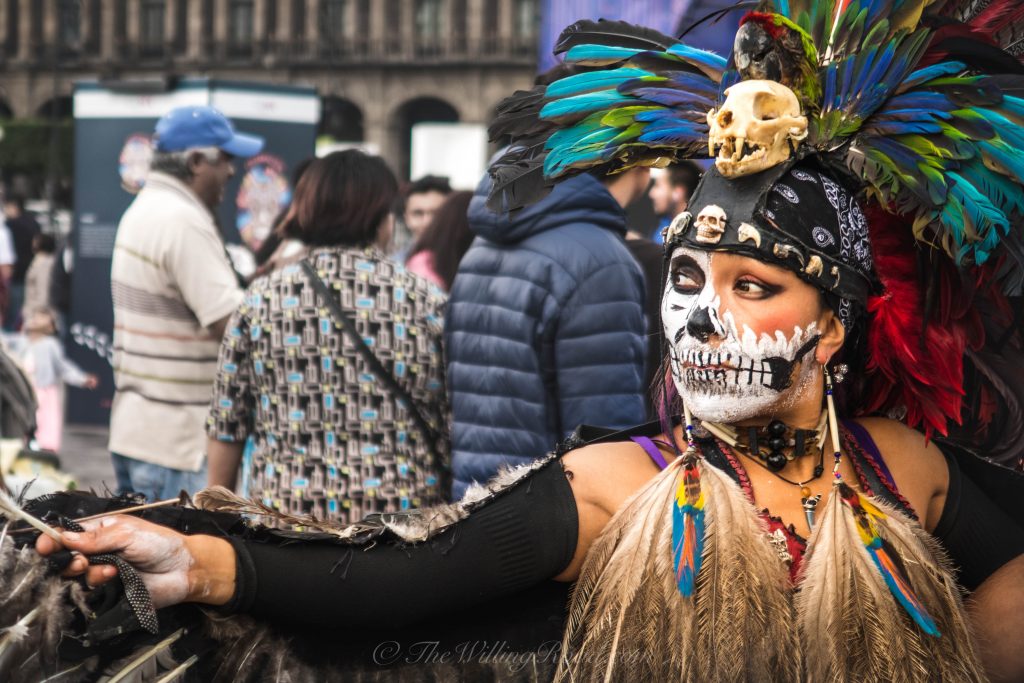 I Went to Mexico to Learn About My Culture

When I finally explain that I’m 3rd generation Mexican, it all seems to click. Except when I was growing up. Any time that I told anyone I am Mexican, I received the same backlash: “But you don’t seem like you’re Mexican,” as if I should be walking around wearing a sombrero, speaking Spanish, and selling my grandma’s tamales (those are not for sale folks, but we don’t mind sharing). I may have claimed Mexican, but to many, I wasn’t Mexican enough.

In fact, I wasn’t raised speaking Spanish. So why do I speak Spanish today? Besides the fact that learning another language was important to me, speaking Spanish is in my blood and I wanted that part of my culture to survive.

But I still never went to Mexico. For the past 9 years, I’ve lived about 30 minutes from the US-Mexico border. After traveling through Southeast Asia, by motorbike in Vietnam, backpacking the “dangerous” South America, and living in Rio De Janeiro, I figured it was time to visit the land of the people that runs through my veins, even if only for a few days.

I planned my trip around another bucket list experience, Dia De Los Muertos, or Day of the Dead, because it was a holiday that I had always seen from afar, but never celebrated it myself. I’ve always said to immerse oneself in a culture whenever traveling, so it was time to finally immerse myself in my own. 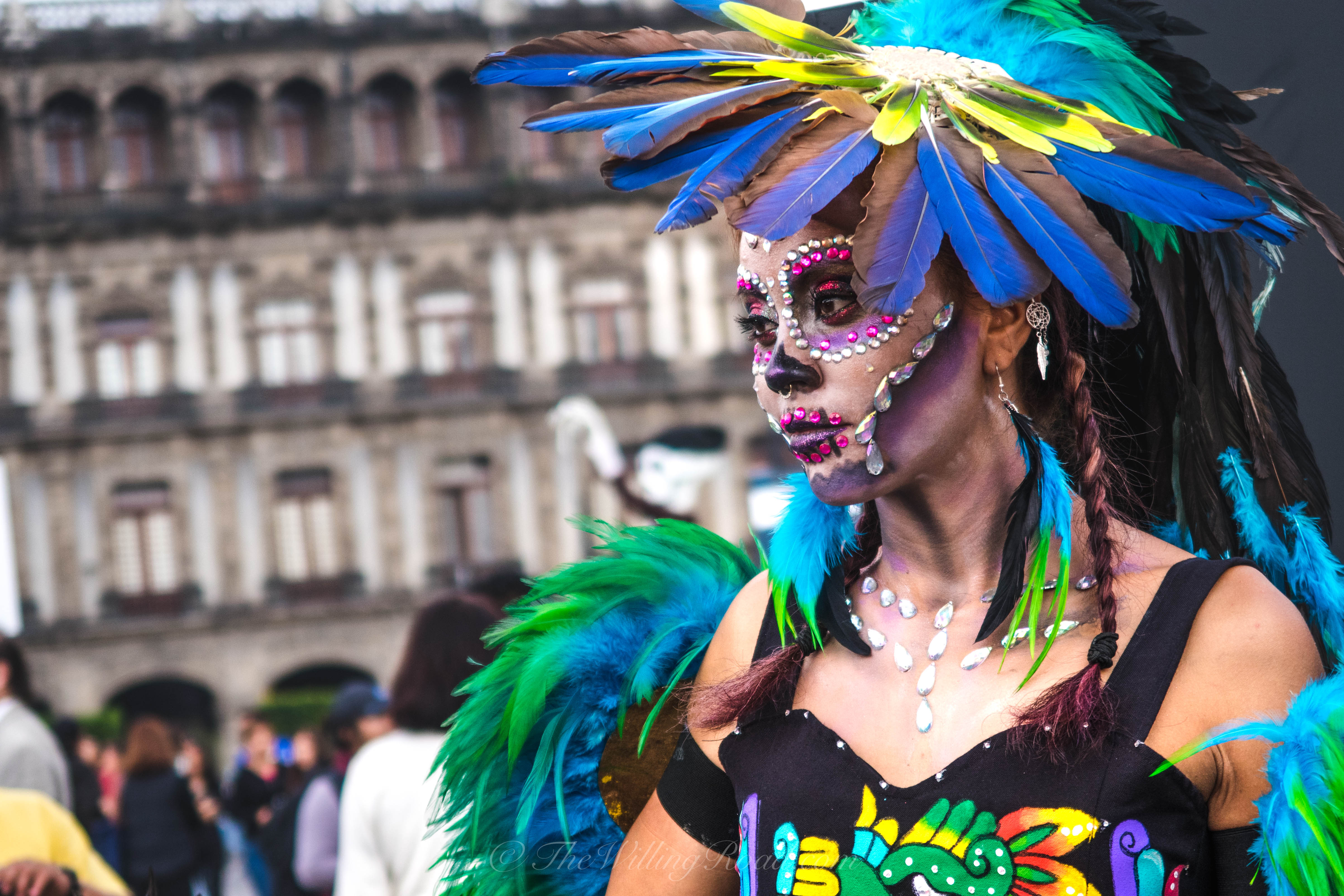 I Meet a Boy and His Mom

My first stop was street food because, you know, tacos. I ate the traditional ones that I had grown to know and love so well: onions, cilantro, meat, and corn tortillas. No BS. As I wandered the food stalls with my fellow travel vloggers, though, the names of foods were foreign to me. I wanted to eat it all. A green tortilla with fungus inside it? Yes. Did you say the innards of a cow? The hooves of a goat? Give me it all. I need to buy a second stomach.

I wandered different parts of Mexico City, looking for connections with locals just like I do in other countries. I was warned by some locals when to put my camera away in case of thieves, and I was given double takes when locals heard me speak Spanish, curious why an American from the United States would speak their language. 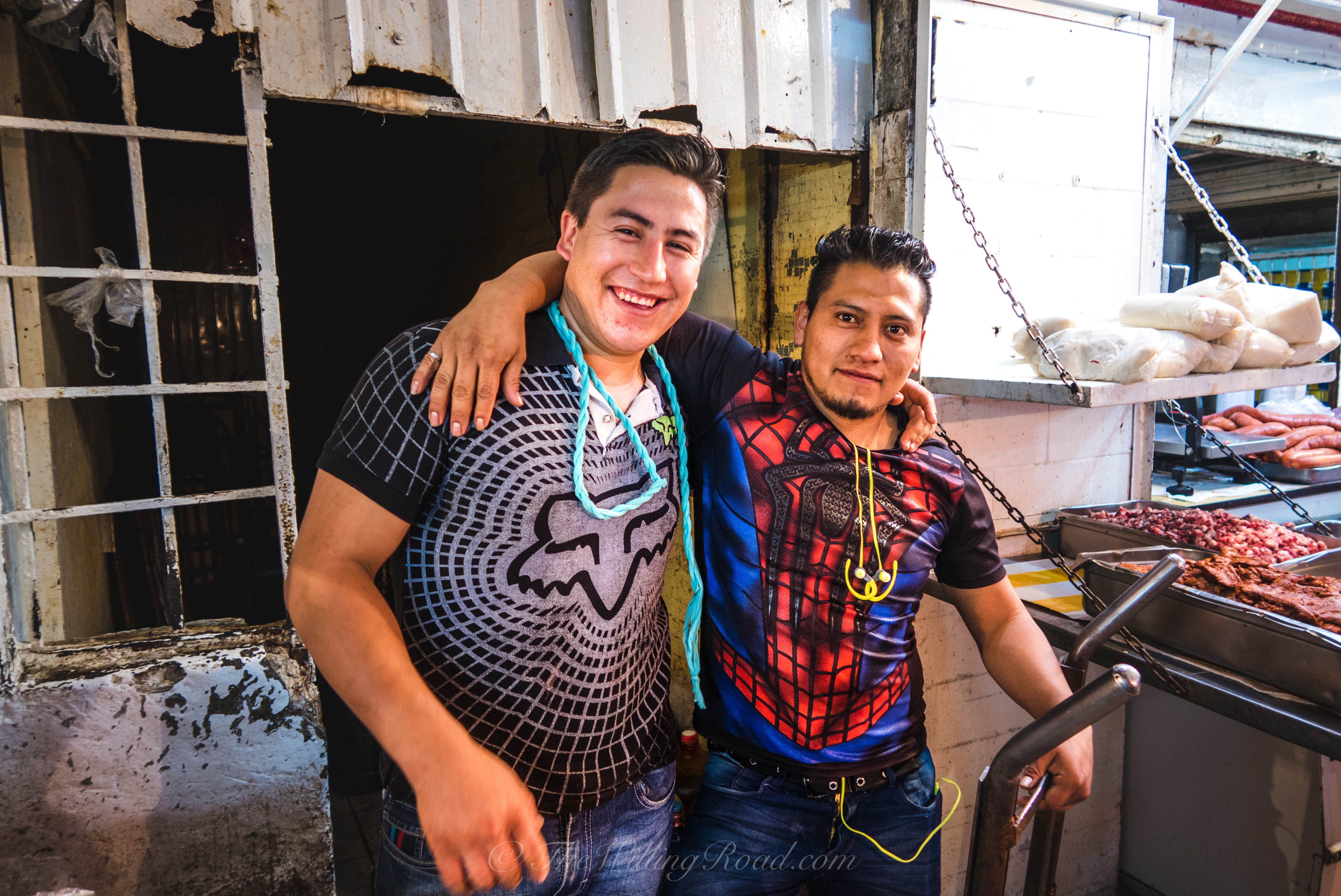 “Chicana,” I told them. One boy asked his mom, “What’s a Chicana?” and I will always remember the way she spoke to her child. Gentle and with wisdom, and in the most beautiful, caring voice she said in Spanish, “Her family was born in Mexico, so she has Mexican blood, but she was born in the United States, which makes her a Chicana.” The boy seemed to understand and looked up at me shyly, slightly hidden behind his mom.

The Man That Cooks Pozole

My heart was growing fuller. I wanted to see more local festivities than what the historical center of Mexico City could offer me. I went to San Andres Mixquic, which is in the southeastern part of Mexico City, almost 2 hours away from downtown by public transport.

We took the train to the final stop, the end of the line, where we met a bus. The bus was run down, missing lights, and had a baby shoe hanging from the ceiling. Only 7 pesos per person to ride.

By the time we reached the small village we were hungry, but rain poured down on us, so I had one food craving in mind: pozole. When we finally found someone who made it, it was like finally coming home. The man’s wife sat us down. He tried offering panza, or belly, but I still craved warm soup. Others ordered tacos and we watched as this man threw steak on the grill after removing the peppers and onions he was cooking for the salsa. His wife asked us if we wanted coffee, gesturing to a large clay pot, which meant this wasn’t some Nescafe instacoffee. It was cafe de olla, a traditional Mexican coffee beverage. At the time, all I could think was how regular coffee usually has me running to the bathroom after 20 minutes, so I declined her offers, but now I wish I had tasted that sweet caffeinated beverage.

It wasn’t until later in the night when it really hit me what kind of people I was dealing with. 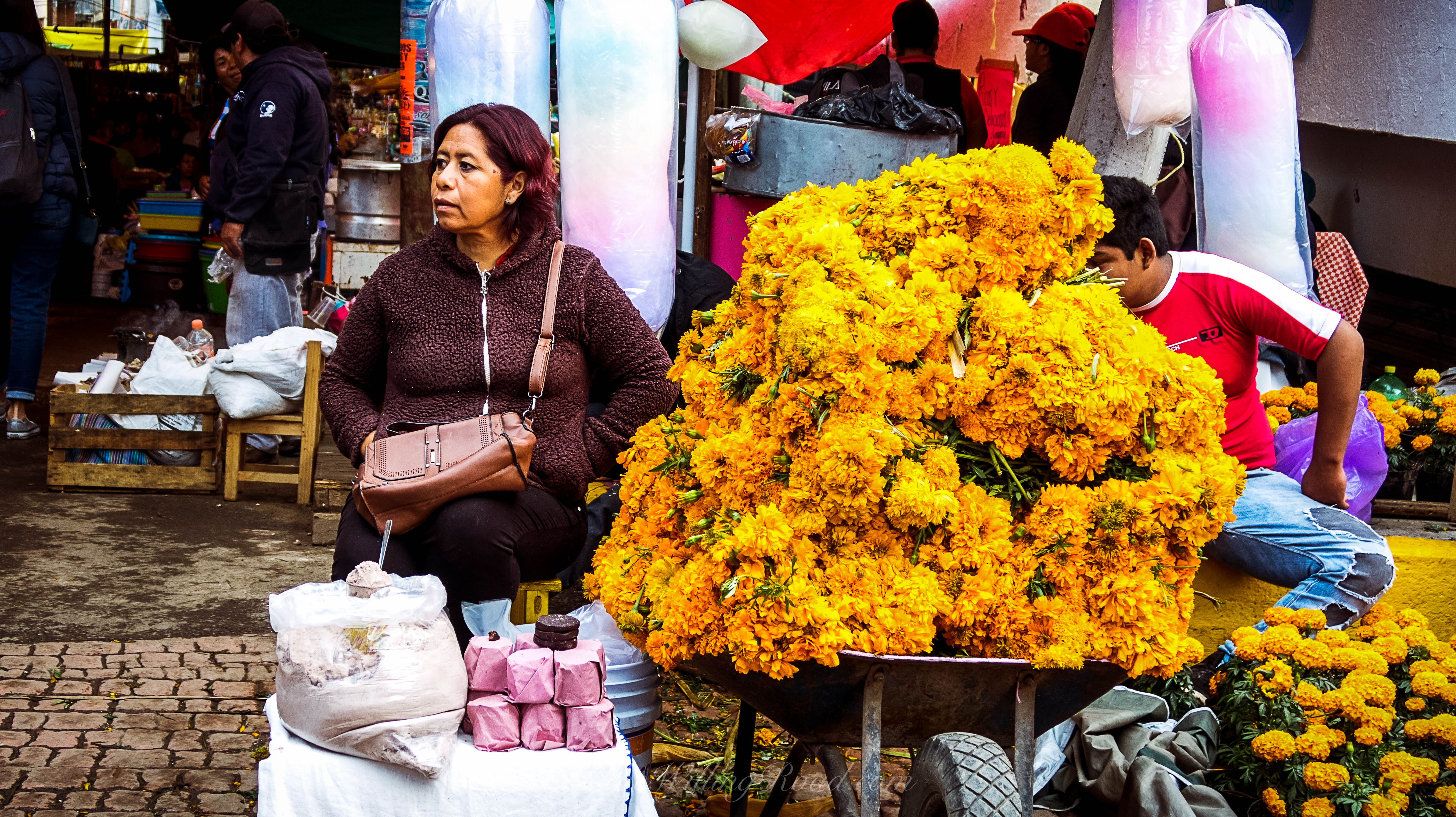 A woman selling marigolds for Day of the Dead

After getting separated from my friends, lost in the crowd of people who were dancing, singing, and playing music, I was on a real high. I wasn’t in Colombia, I wasn’t in Brazil, I wasn’t in Peru. I was in Mexico and I was celebrating Dia de Los Muertos with Mexican people. Usually, I connect with people from other countries, respecting their culture and understanding why they speak the way they speak, why they are the way they are. Creating this understanding is always what has attracted me to travel. But now I was amongst my own kind, the people of my ancestors– my people. 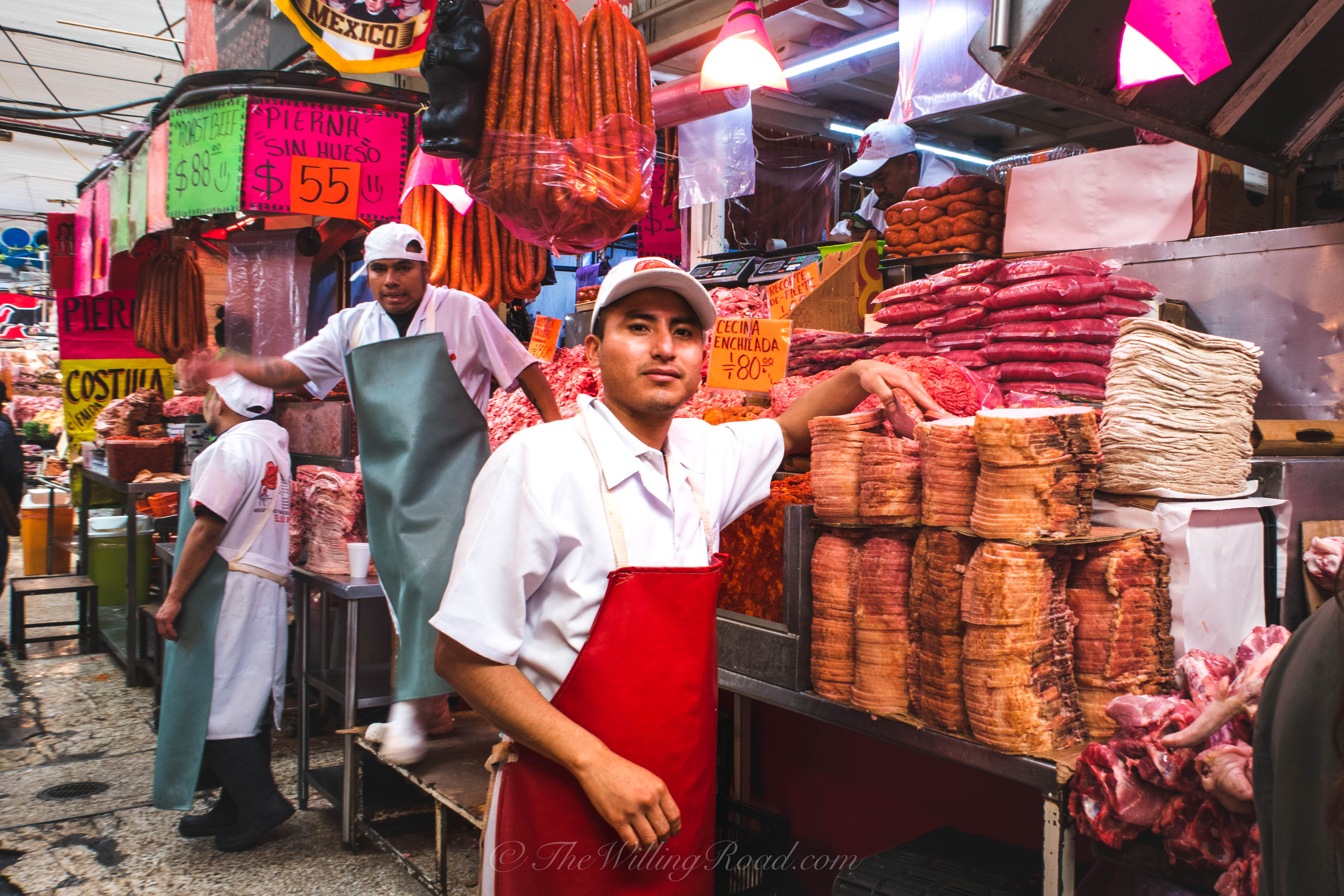 A few locals invited me into their home. They saw me admiring the marigold petals leading up to their doorstep and they gestured for me to enter. In front of the entranceway stood an ofrenda, a display of valuables and offerings for loved ones who have passed on. The eldest woman, who I assumed to be the woman of the household, was happy to show off the ofrenda. She never told me who the ofrenda was for, only that his name was Hari.

Because Hari drank Coca-Cola, because he liked sweet bread, and candy these items sat on display, waiting for him to arrive in the night so he may enjoy his favorite things from his lifetime. As this woman explained to me the value of these items to Hari, I became filled with emotion. To be remembered and commemorated after death, what a beautiful way to live forever.

Here's What I Discovered

The way everyone spoke was familiar to me, their accent, their slang, even their facial expressions. When the music played, I Chicana with joy that my family that lived in Mexico so long ago was a part of this. They were a part of this beautiful culture that created happiness through music, through colors, through dance, and Chicanafood. Of course, I’ve seen the same in other countries, but the blood of other countries doesn’t run through my veins.

I went to Mexico to learn about my culture, but what I discovered was that I already knew a lot. For years my peers told me I wasn’t Mexican enough because I didn’t have an accent or because I didn’t have a quinceanera. I started to feel like a fraud, even when I cheered on the Mexico soccer team during the World Cup. I’ve always had a connection with Mexican culture because even though I am a third generation, born-and-raised-in-California Chicana, even though I am not fluent in Spanish, have never had a quinceanera, and have never celebrated Dia de Los Muertos until this, I won’t let my culture die because it lives in me. 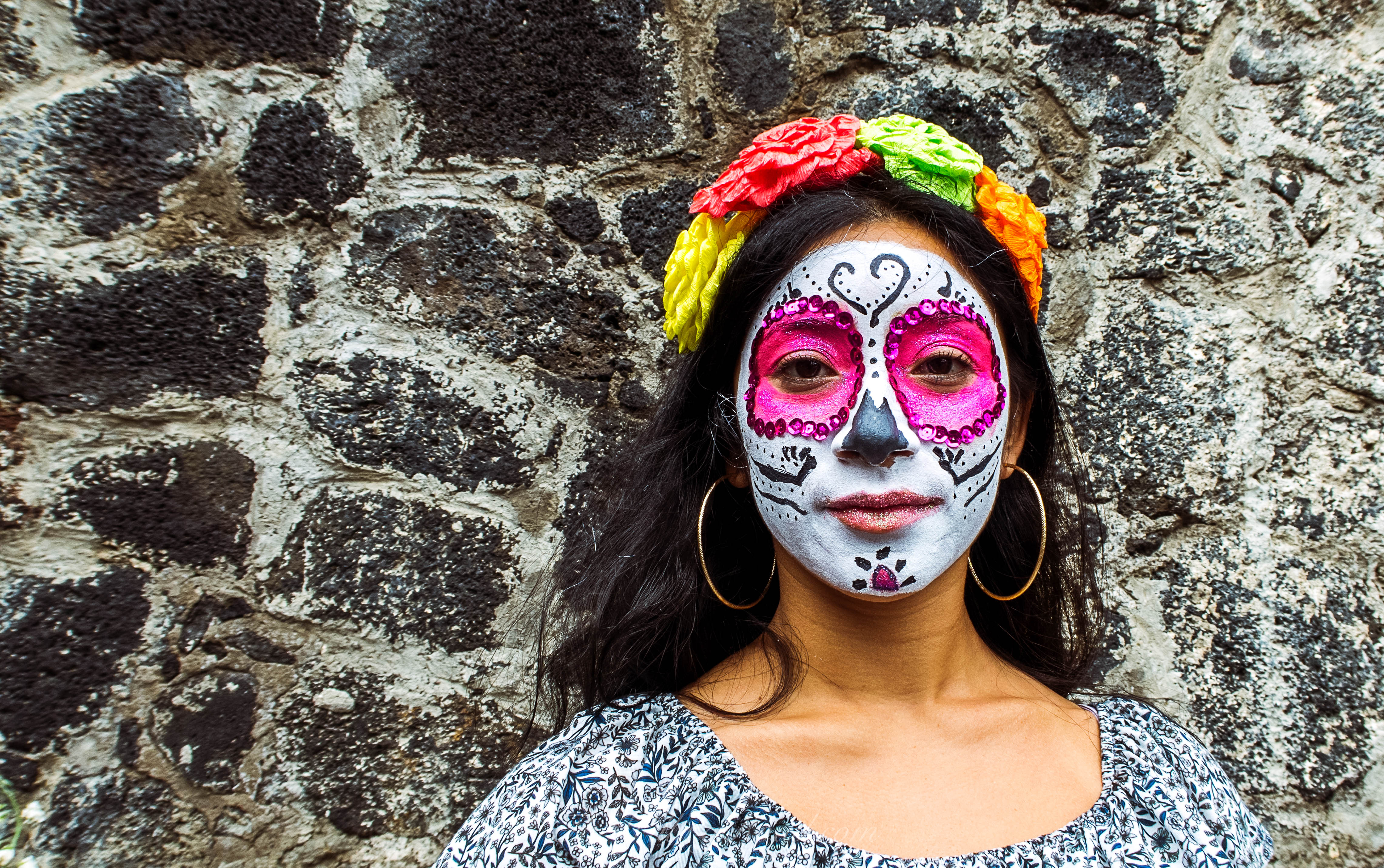 Check out the first video in my Mexico City VLOG series about my first time in Mexico!