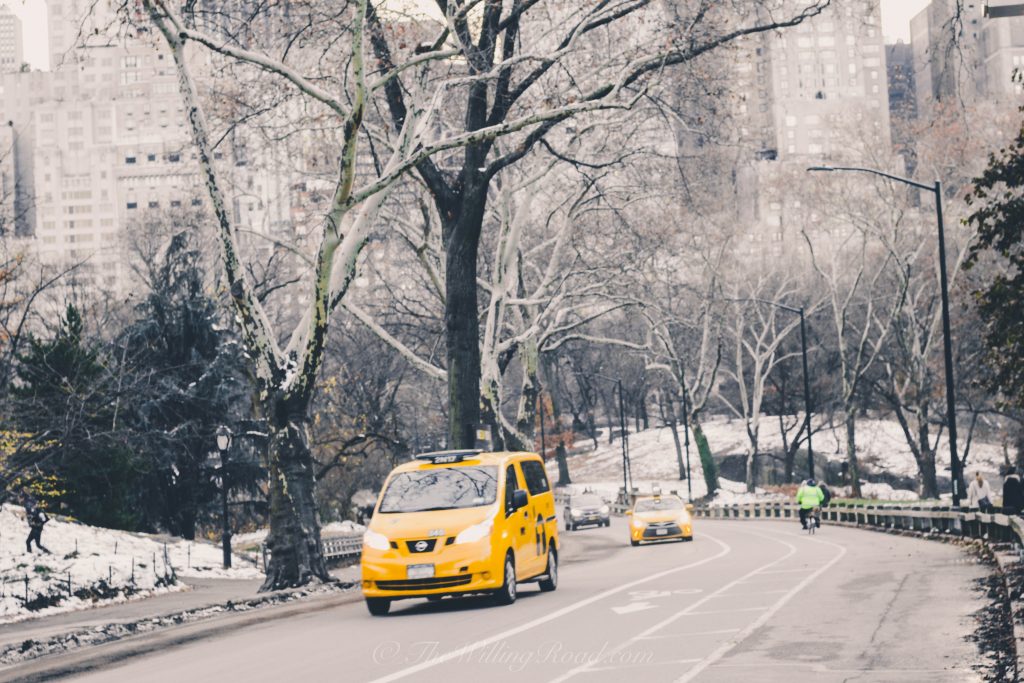 My First Week in New York Was a Cliche

What do I say about my first day in New York? Heck, my first week in New York. Shall I begin with being unable to find my Uber driver as he patiently drove around the airport searching for a short girl with a purple backpack when it turns out he was at the wrong terminal, and I was given confusing instructions by a very impatient security guard? Meh, that kind of stuff happens.

Ah, but then I met my Uber driver, Siegfried, (yes, like the tiger magician from Las Vegas). What a guy. He searched the entire airport for me and as soon as I got into his car, forcing myself into the front seat as I usually do, I could tell he was a true New Yorker. Born and raised in Queens, he speaks with his vowels elongated and his r’s dropped. I promised him that I would mention him in my book one day, if I ever finish it. A great introduction to the city of my dreams.

Or, dear reader, shall I tell you about getting lost on the metro? How about seeing the countless amount of artists in the subway stations, trying to make money with their talents? No? Been there, done that? Or shall I recount the time as I stood at the mouth of a subway entrance on 14th and Union Square, where I watched a woman with turrets yell at the people just trying to get to work, and a man yell at someone who touched his stroller where his baby sat oblivious to the world around her? Welcome to New York, I’m told that’s how it is.

What about my frustration with the security guards at the bars? Being from the bar industry, I thought I’d be more comfortable in these settings, but maybe I was spoiled with my kind security guards, as these New York ones talked over me, interrupted me and never let me speak at all. Or shall I complain about the required coat check and the charge that comes with it? Still, we danced until 5 AM and then stumbled in search of an open Chinese restaurant. Turns out that Chinese restaurants are not open at 5 AM. Or maybe I’ll tell you about trying to take the subway home alone. It’s like the east coast version of drinking and driving. Don’t take the subway at 5 AM while drunk, you might run into trouble. I can barely navigate the subway system sober, what made me think I could navigate it after several cups of whiskey, anyway? It’s fine, I took an Uber home and everyone thought I was weird for wanting to sit in the front. I’d tell you about the conversation with my antisocial driver, but the details are fuzzy.

Oh, I know, I’ll tell you about my awe at Times Square. The bright lights, the feeling that you’re just a small pawn in this big, big world. Oh, you felt the same thing when you visited? Shall I describe the “hustle and bustle” of people, pushing their way down the sidewalk, like sheep herded to the big, bad wolf’s house (is that how the story goes?) Don’t stop in the middle of this rush, didn’t you read the signs? I would’ve taken a picture of them to show you, but I wasn’t allowed to pause or I’d be yelled at by a true New Yohkuh.

Well, I bet you want to hear about that time that I waited a half hour for a train amongst a hundred other New Yorkers before I finally realized, there is no train. Ah, true to its reputation, New York posted signs without warning of the absence of trains. But no one has time to read these signs, they have trains to catch. Consequently, the alternate route took me to a random area of Brooklyn at 1 AM. I had to take the J Z route to get there. I did not actually see Jay-Z.

I bet you don’t want to hear about the countless amounts of homeless people that reside in the subways of New York. That the filth makes me crave a shower every time I step outside. You figured? Yeah, I guess so.

Just in my first week of visiting New York, I’ve experienced the cliches that everyone knows about. With so many visitors every year, my “small town girl headed to the big city” has already been done. So I won’t bore you with the details because they’re similar to watching Carrie Bradshaw (minus the expensive shoes) and every other movie set in New York.