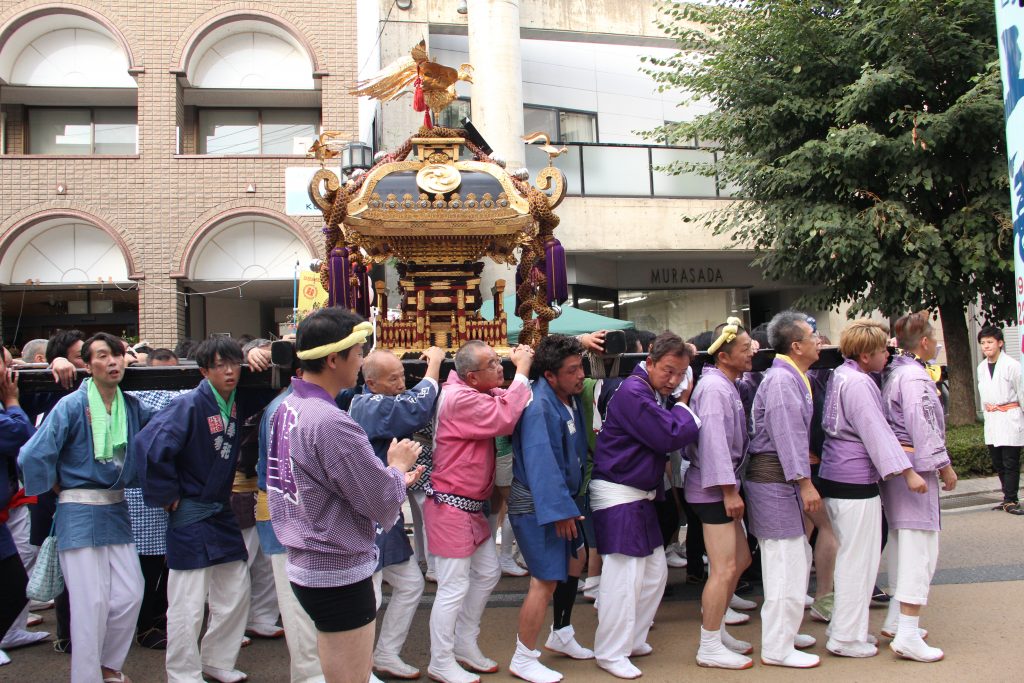 How I Became a Japanese Shrine Bearer

They took a deep breath to brace themselves. Sweat already dripping from the heat. The leader stood tall above them. He shouted. Then everyone shouted and the structure was lifted as the men and women stood up straight, wooden beams resting on their shoulders. 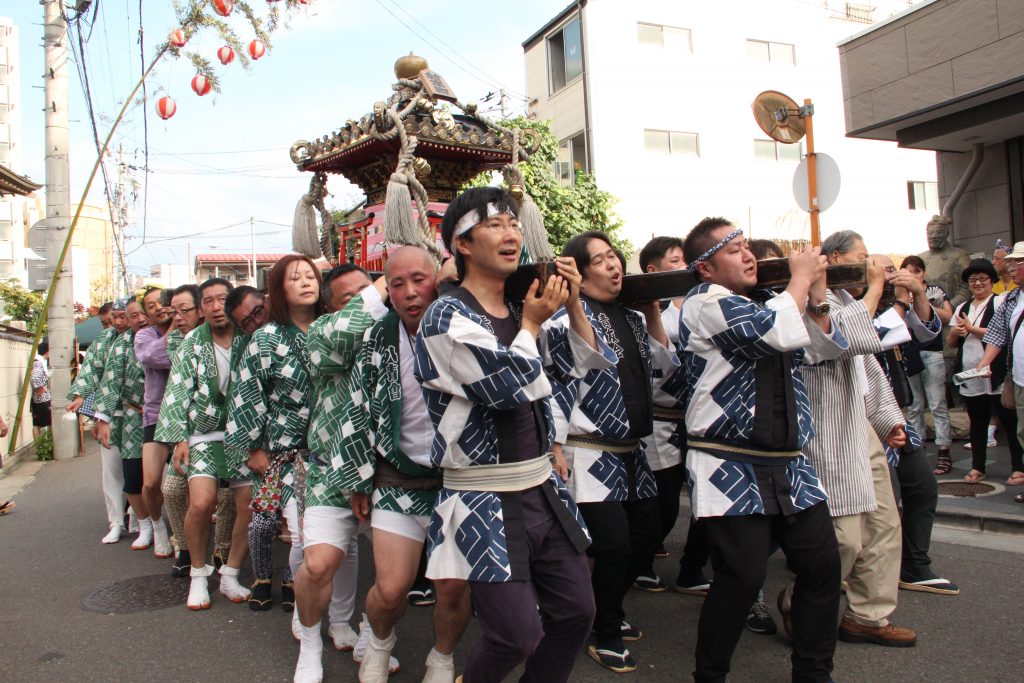 It was a celebration of a god. 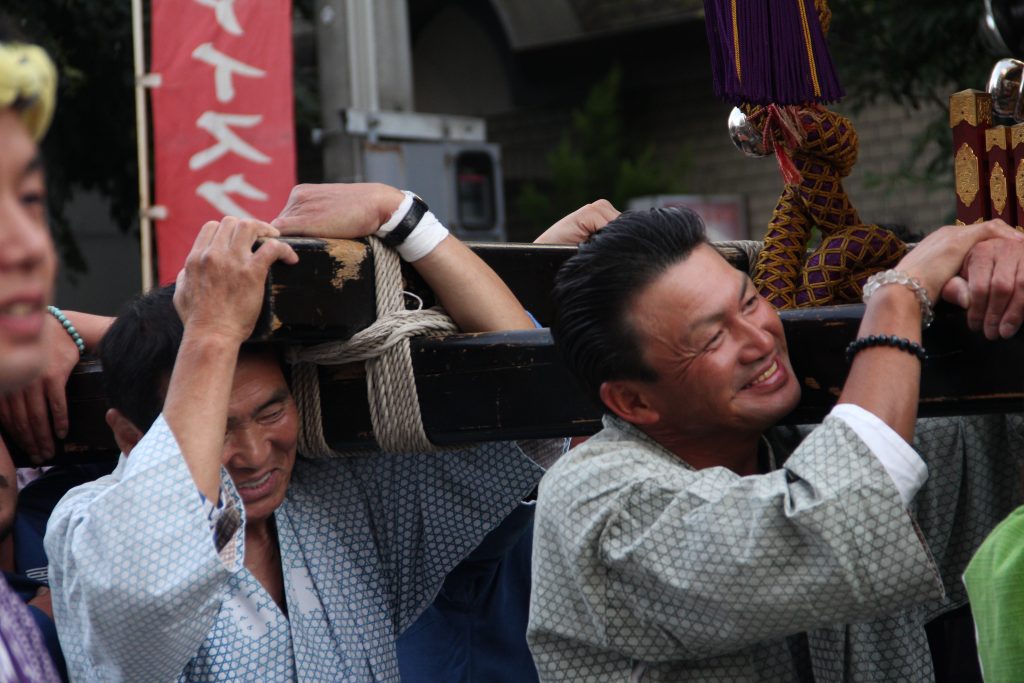 Now, I’m not a religious person, but it is an undeniable fact that a religion of some sort is present in every culture whether it’s Buddhism, Christianity, some spirituality or something. Participation in religious rituals, therefore, can give insight into an unknown culture, so I would never brush it off. Sure, I’ve participated in drinking the blood of christ and cross-my-heart-hope-to-die kind of stuff, but I watched this traditional festival ritual in pure awe. To celebrate the god, the people were transporting a heavy portable shrine known as a mikoshi around the town, bouncing it as they walk. Apparently gods like to be bounced. 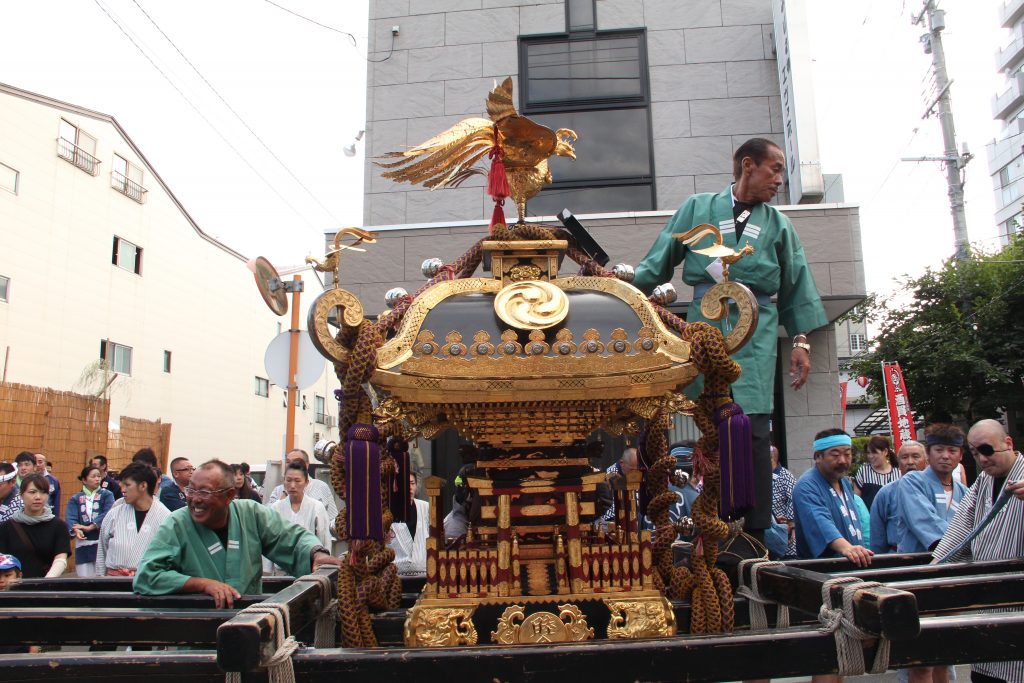 The leader waiting to move

The people walked down the street with the heavy mikoshi, their leader on top and sometimes and a couple of children were thrown on top by their parents. They continued to chant, “Wasshoi!”

Occasionally members would switch with others when they started to get tired making it quite the team effort. It was a hot day, but the bearers kept in step as everyone around was congratulating them on their hard work. Although, sometimes they would lose control and veer off too far to the right or too far to the left and sometimes I had to jump out of the way. 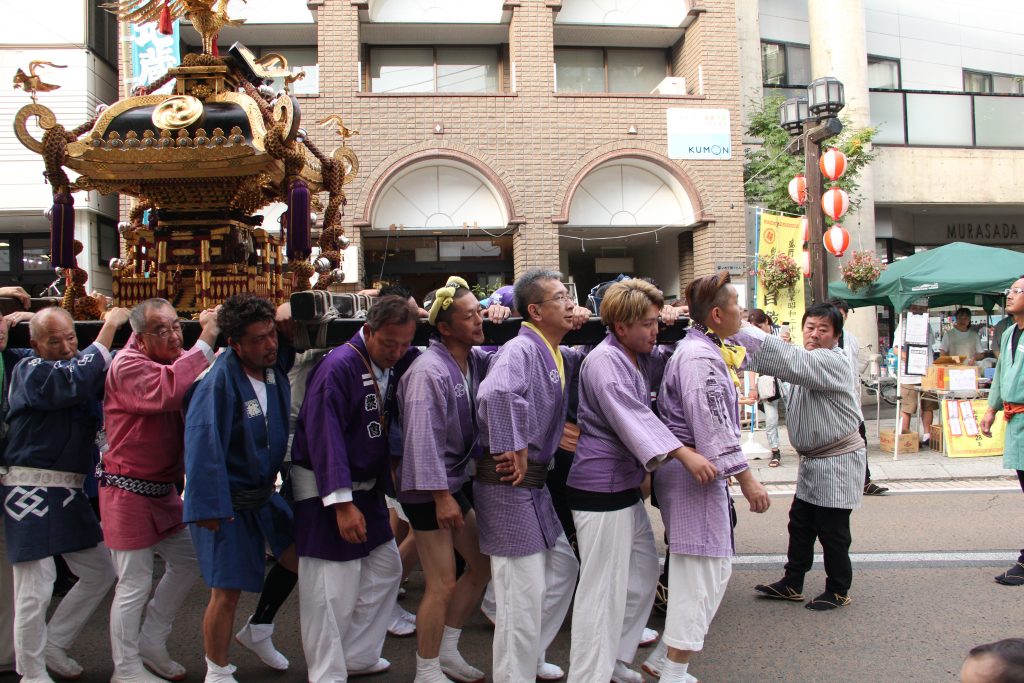 Trying to control the direction of the mikoshi

I walked with these shrine bearers for so long I felt that they were sick of my face and that they had posed for enough pictures. Finally I decided that we had become acquainted enough that they would be ok with taking a picture with me since they had been throwing up peace signs in my photos. I wanted to congratulate them on their work and give them a proper bow so I waited for them to stop so that we could take a picture together in front of the shrine, but they weren’t stopping and I felt like I was getting in the way. 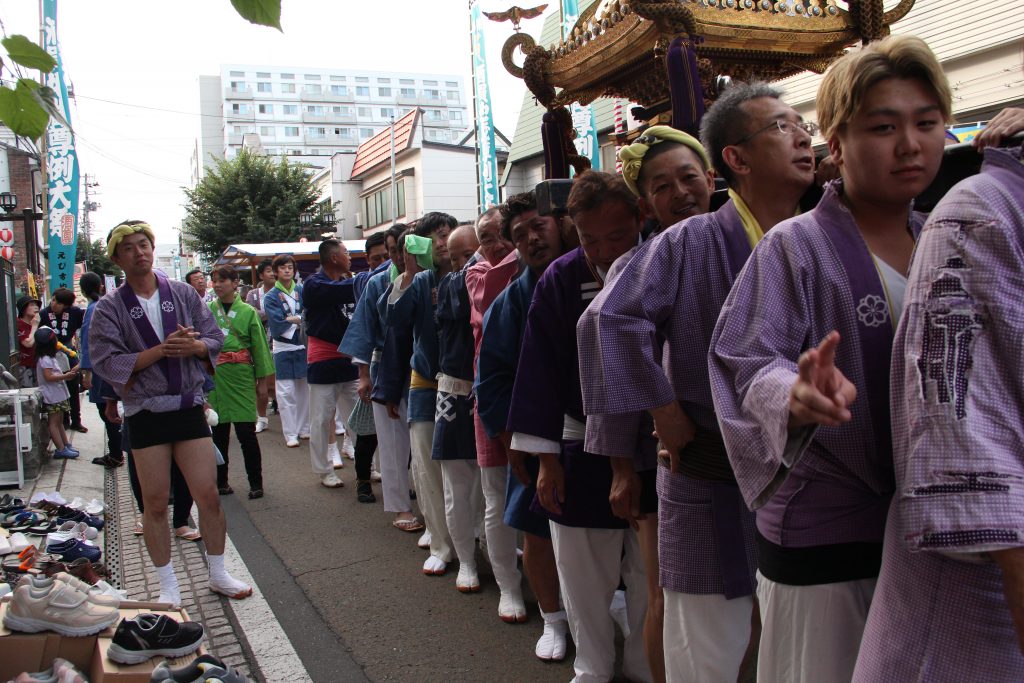 Pose for the camera!

But I wasn’t in the way. Suddenly one of the leaders was ushering me under the mikoshi, giving me his spot. The shouting was right in my ear and I could think of nothing else to do but imitate what I had been watching all this time. Trying not to mess up the rhythm of the bouncing shrine I quickly fell into step with everyone else. I found myself shouting along with them “Wasshoi!” without a clue as to what I was yelling. I was useless. I was not tall enough for the shrine to sit on my shoulders. I just hung on like a dangling monkey in a pretty dress. 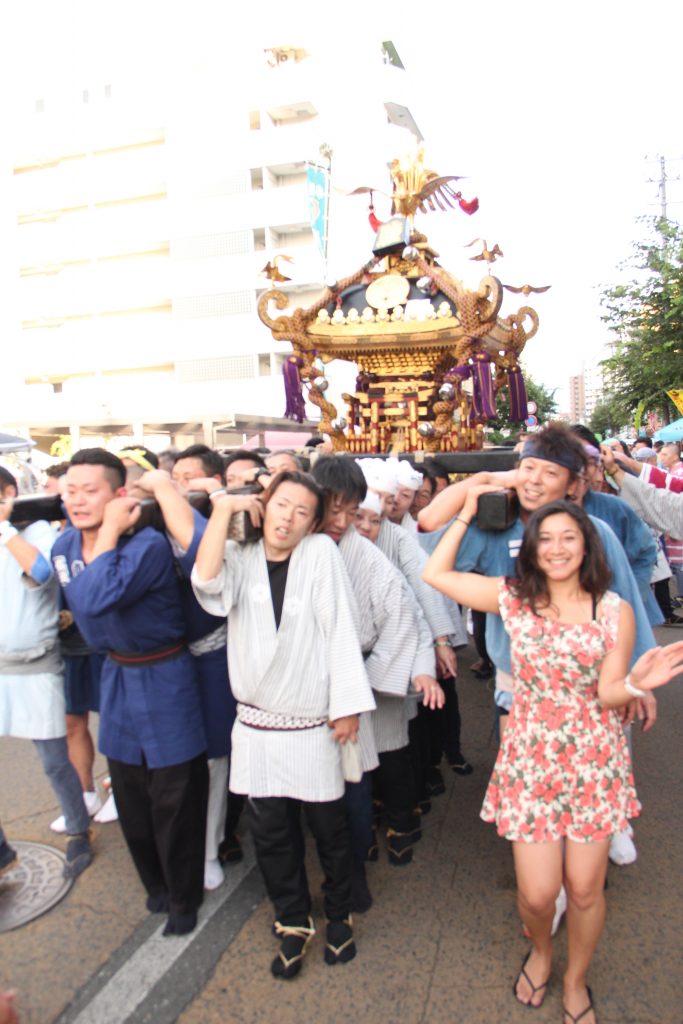 My role in the shrine bearing business was short-lived. It was time to turn the shrine around and that kind of work was too advanced for my monkey hanging abilities and flip flops.

Whether you’re into religion or not, seeing this event is a lot of fun. Usually mikoshis are transported by teams of people wearing their traditional happi, so to be able to participate in the event was a great experience. Next time you see me at a festival though, I’ll be wearing a happi with the hope that I can get in on, I mean under, the mikoshi.