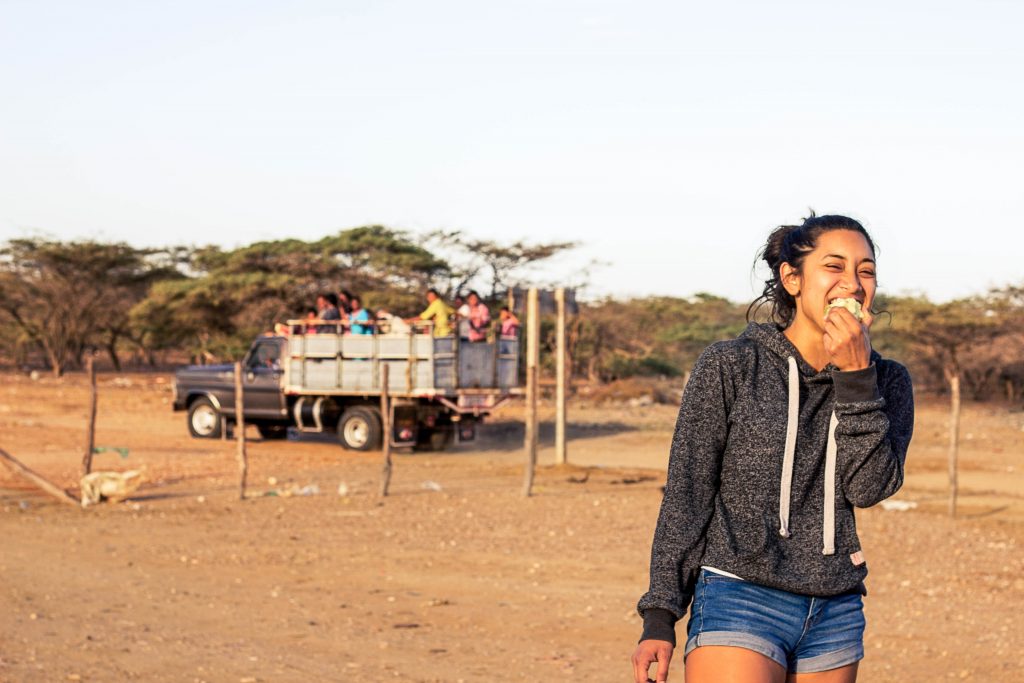 La Guajira is the northernmost state of South America and often overlooked by travelers because what’s there? Nothing, and nothing is Puntas Gallinas. Many make it out to Palomino, located just on the border of La Guajira, and oftentimes all the way out to Riohacha both due to their promises of relaxing beaches. The journey shouldn’t stop there, though.

Cabo de la Vela, known for its kitesurfing, is just the beginning. Getting to Cabo de La Vela is half the adventure. Upon arrival, the driver tries to sell you a tour. While the sales pitch for many tours are reason for suspicion, what I can tell you today, is that the sales pitch is worth your while.

Occupied by the Wayuu people, the indigenous people of Colombia, La Guajira will give you a look at another side of the country. Pablo Escobar may have given the world a bad image of his homeland and its people at one point in time, but you never could have imagined that the lives of the Wayuu people actually existed until you set your eyes on them.

Driving Through the Desert

Cookies are perfectly acceptable forms of payment. At least, that’s what I will discover during my trip to Puntas Gallinas.

Samir stops the jeep, mumbles something about cookies, and gets out. At 5 in the morning, when the sun hasn’t even thought about shining above the horizon, being able to understand Spanish is a difficult feat for everyone in the car.

It’s silent. The desert is out there, but the snakes aren’t awake yet.

The driver’s door opens and Samir, wearing his Cuban-style military hat, gets back in the car with several packages in his hand.

“Galletas para los niños,” he repeats. He had bought cookies for kids, but provided no further explanation. The passenger in the front seat nods his head as if he understands, but his Spanish doesn’t surpass “Donde está el baño?”

Warm coral fills the sky as the sun peeks above the horizon and everyone in the car tries to remember the last time they watched the sunrise. If only it weren’t while being thrown side to side as the mad driver weaves around obstacles in the road.

In our path is a thin rope, blocking the car from going farther. The rope is tied to a stick, probably found wasting away in the desert, protruding from the earth and the other end of the rope is held by a young girl accompanied by other children. Samir slows the car down and the children hold their hands out. He gives them a packet of cookies and the rope is lowered– makeshift tolls in the middle of the desert.

The ritual continues the rest of the drive. Some children wait with their end of the rope, while others can be seen in their colorful shirts against the drab dust of the desert running toward their station in time for them to catch the cookies as Samir starts tossing them in the air. He has resulted in yelling for them to come fetch the cookies because he has no time to stop. Some kids laugh as they try to catch it mid-air, others watch it fall to the ground, glaring as our jeep drives quickly past.

Sometimes, adult women are seen standing with the children, and for this, Samir does not provide only cookies. He smiles at the women, gives them cookies for the children, and pulls out monedas, coins. Some of the women smile at his generosity, others frown and nod to the children to lower the rope.

The next day we will leave Puntas Gallinas the same way we entered, but in that time we will witness more children and even an older woman who wields a gun when the new driver, Pacho refuses to pay. Pacho isn’t phased by the ropes the children raise and refuses to give them any sort of payment, money or cookies, and instead speeds through the ropes. The smarter children have prepared for this behavior though replacing thin ropes with bicycle chains and, the smartest of them all, iron chains. Chains do not phase the new driver though, and he powers through them anyway, a game of chicken with children, who easily give in and lower the blockade.

From there is a short boat ride, a climb up a small hill with belongings in tow and a ride in the back of a truck– standing room only. The ride is hot and dusty and dirty and every small hut I see, I believe it to be our accommodation for the night, but we keep going, deeper into the desert.

Our new home has no walls except for the privacy in the toilets. Tonight we sleep beneath the stars in hammocks, no mosquito nets, no city lights, and no sound except for the sound of a mule in the midst of pleasure.

It is in Puntas Gallinas where we embark on another journey to the very edge, where the desert meets the sea. Sand dunes rise up– where lime green lizards are seen scurrying across the sand– and then drop straight down into the ocean. Goats, raised by the Wayuu people, graze through the plants that survive the desert. Although the people speak and understand Spanish, they will speak their indigenous language to each other and you will not understand.

Roughing it comes in a new form at the edge of South America. I find a poisonous centipede sitting on the top of my bag, and then I’m warned of snakes that might have slithered into my clothes during the night. My camera battery dies and there are no outlets.

Puntas Gallinas will be a different experience than the rest of your time in Colombia. It will be raw, real, and heartbreaking. Do not expect glamour, what you get in return is so much better: the opportunity to discover a new culture, the lives of the Wayuu people in a deserted land. 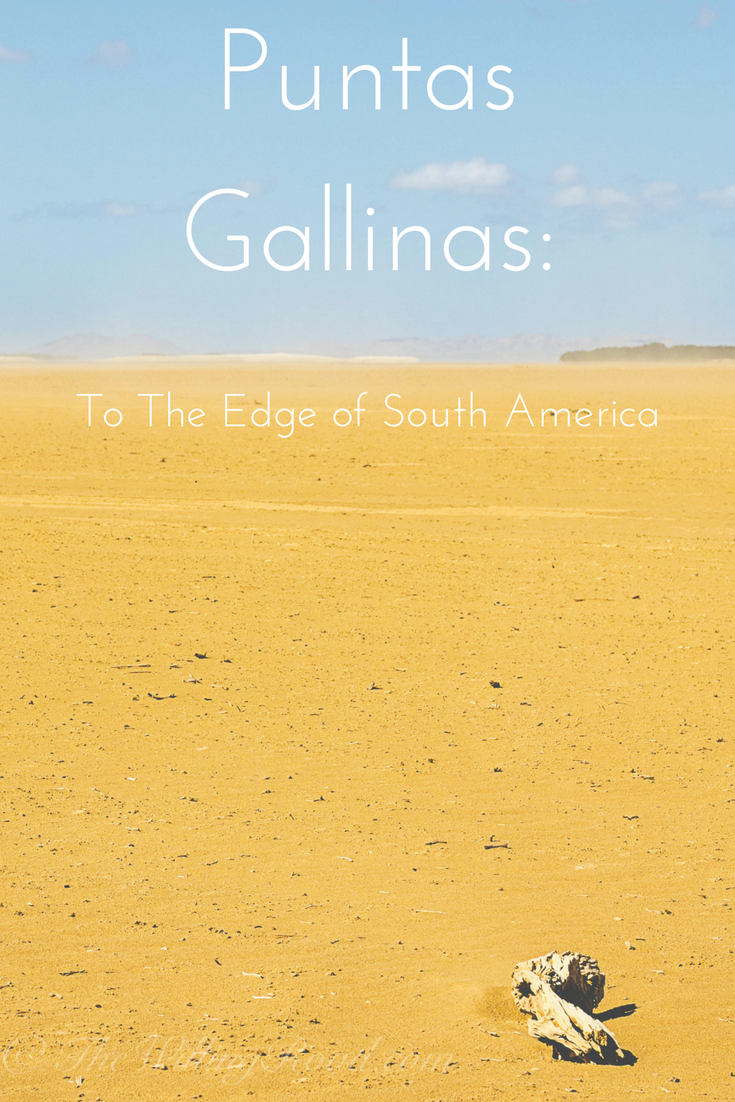