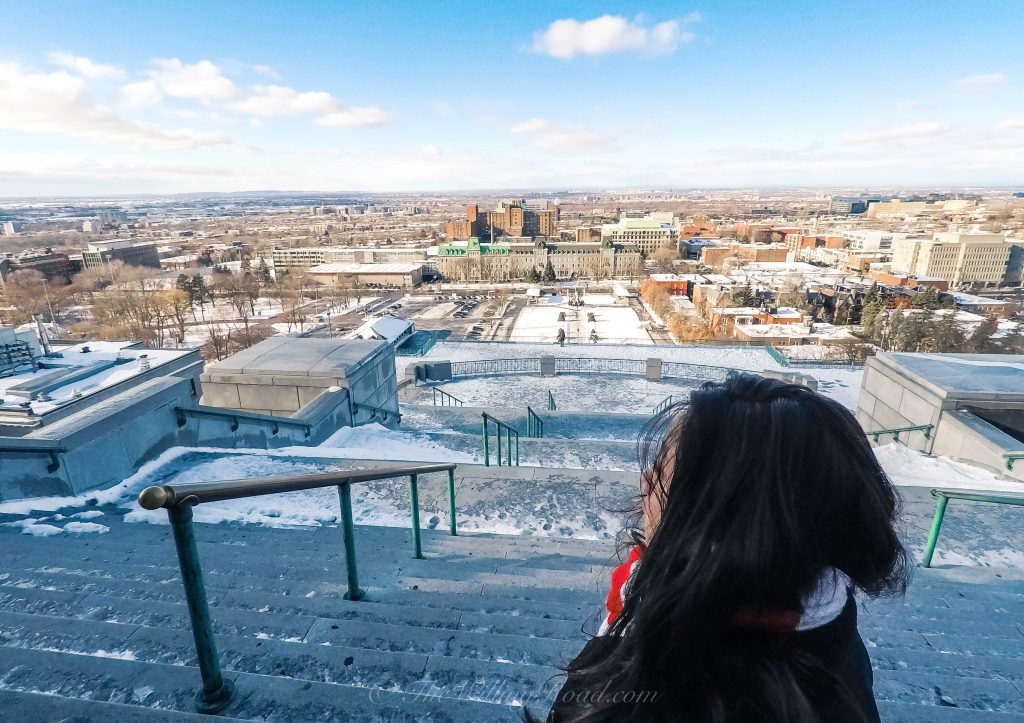 Why You Should See Montreal in the Winter

Every person that lives in Montreal will roll their eyes at me, call me crazy and maybe even throw a snowball at me for writing this, but then they truly underestimate their city during winter. Or maybe I can handle it because next week I’ll be eating fruit on the beaches of Colombia… Nah. Montreal was another one of those random trips that I like to take, and since I was in New York and a bus ride was only about 8 hours away, I figured there’s no snow in New York right now and I like to torture myself, so why not?

It was cold. Every calculated step I took was to ensure that I wouldn’t fall flat on my fanny, breaking my wrist, or worse, my camera. The cold burned my skin, and I found my eyes tearing up as they tried to warm themselves. My skin was dry, my nails brittle, my hair was splitting at the ends so bad that you could hear it cracking. Or maybe that was the snow cracking under my feet or my frozen bones trying to move me to the next cafe for a hot cup of tea. Yes, it’s freezing outside in Montreal, but now that I’ve prepared you for the horrible side of snow and cold that I can’t seem to get used to, let me tell you why I still think you should visit Montreal in the winter, even if you are outside for only 5 minutes at a time.

The Snow is Gorgeous

The cold and I do not get along, but snow is so magical to me.

If you’ve ever seen Olaf the snowman in the movie Frozen and you remember his fascination for summer, that’s me with snow, but while he turns into a puddle, I turn into an icicle.

I think snow is beautiful and glistening and signifies warmth and coziness, but I really have no idea. At least, that’s what they tell me. The snow, however, is the main reason that anyone should visit Montreal during winter. Snow is cold, but in Montreal, it sparkles. Glitter has got nothing on the way the snow shimmers and gleams in Montreal. If you are prepared for the snow, then you will quite enjoy yourself. I wasn’t, but, oh how I wished to make snow angels! (“That’s still a thing, right?” said the California girl who believes that snow can easily be grabbed with her bare hands). When snow is piled up on the buildings, on the steps, on the handrails, it is picture perfect, like a scene straight out of The Polar Express. 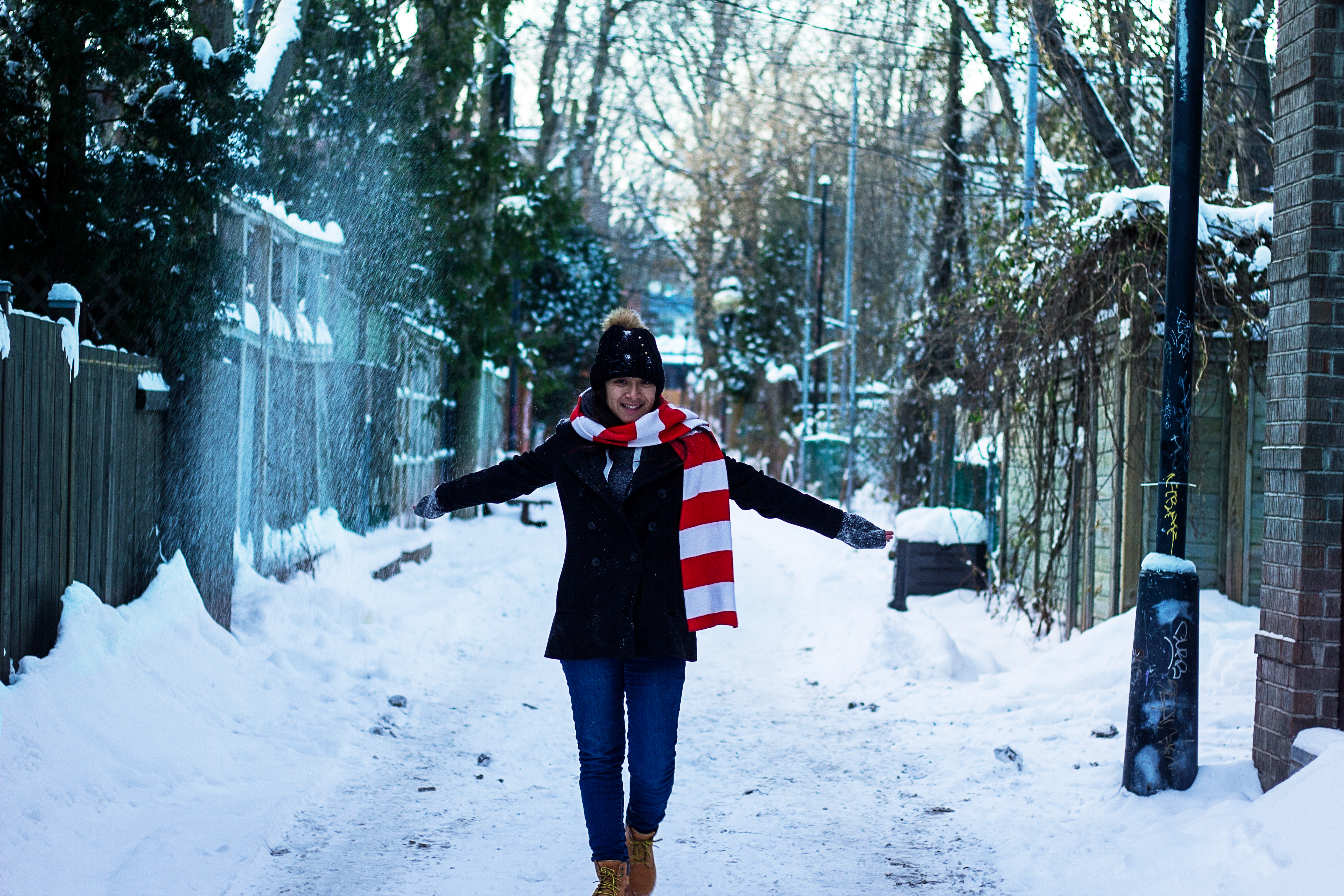 A snowy alleyway in Montreal

The Architecture That is Fit For a Princess

Even though my prince charming is probably stuck in a snowstorm somewhere, I’m a goddamn princess, okay? And you can be too if you’re in Montreal! I was in awe of all the architecture in Montreal. It’s like stepping into a scene from Beauty and the Beast (sorry, another movie reference). The buildings are not so tall in Montreal, but rather, quaint and cozy as if from a fairytale, equipped with unique twisting staircases. Speaking of staircases, they all seem like they are inviting you in for some hot cocoa rather than warding you off for privacy. 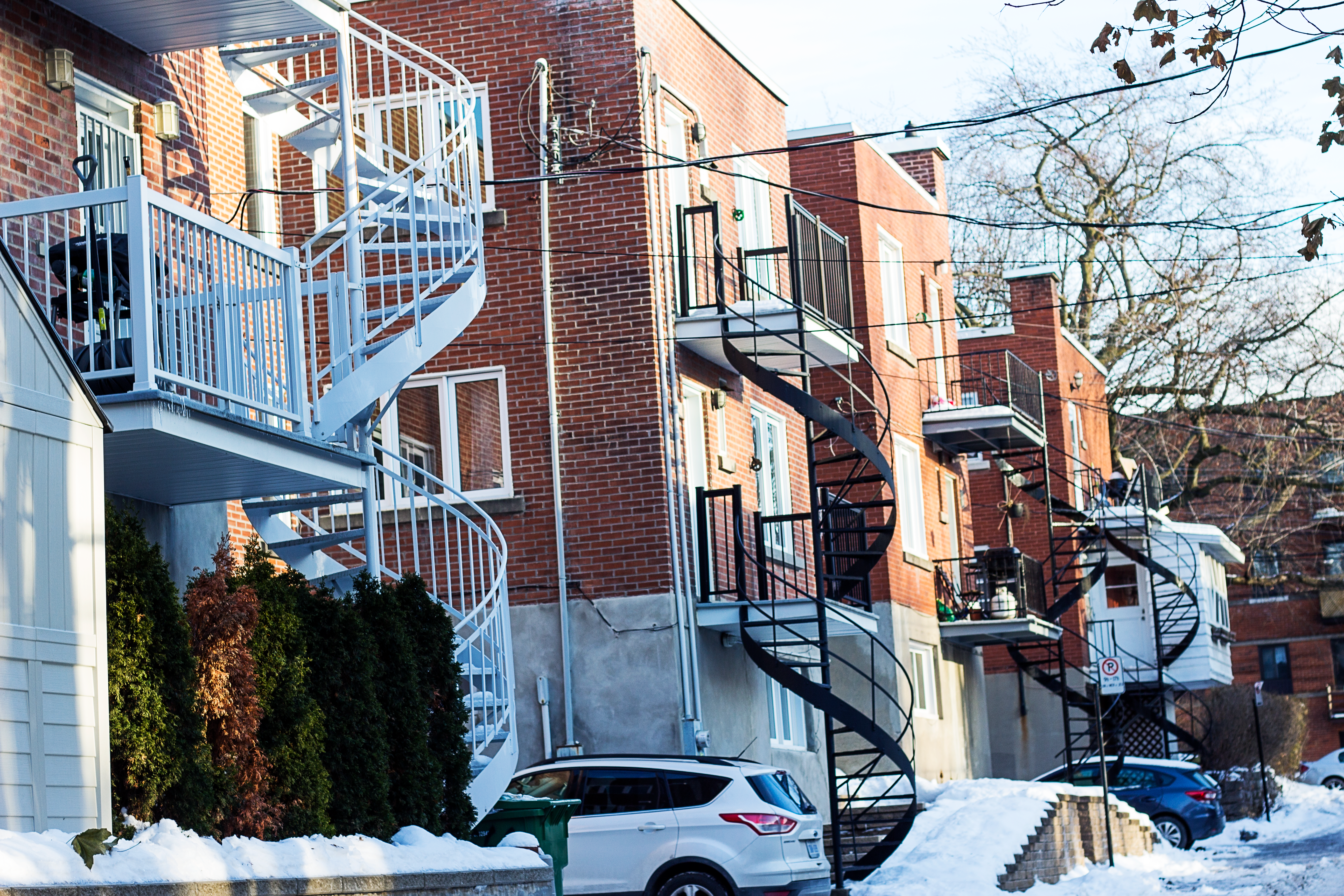 Poutine Without the Guilt

Poutine should be the sole reason that anyone visits Quebec in general. It’s delicious, it’s filling, it’s a plate of fries with gravy and cheese curds. Every dieter’s nightmare. But guess what? It’s wintertime and you’ll have so many layers of clothes on you won’t even know where your stomach is. Unless, of course, you meet a cute Quebecois (Quebecan?) who speaks French in your ear, plays guitar, and has a beard, but even then, you’ll have so many layers of clothes on you’ll both question if the effort to get nude is even worth it. At least that’s what I tell myself that that’s why nothing happened…

Christmas Decorations Straight Out of a Christmas movie

The Christmas decorations go hand in hand with the snow. I’m from California, and I’m sure you’ve all seen those memes about decorating palm trees with Christmas lights… it’s just not recommended. So, full out Christmas decorations mixed with snow…? Hello, am I Macaulay Culkin alone at home right now? I do believe so (ok, I swear I’ll stop with the movie references).

Hanging Out in a Cozy Coffee Shop

Another quality for me was hanging out at a coffee shop. Montreal is cute and the cafes are no exception. Being in a warm cafe drinking hot tea, or hot cocoa, or hot men– I mean coffee– while watching the snow fall outside brings all the fuzzy feelings of Christmas cheer. There are plenty to choose from, in fact, it will be hard to choose just one.

Montreal is Used for Movies

Oh, that’s why I keep referencing movies. I mean, yes, that’s why I reference so many movies in this post! Montreal has been used as a setting for a lot of movies, even during the wintertime. Walking down the streets of snowy Montreal I felt like I was in a movie that I’d seen before. When I asked my Montreal friends they confirmed for me that, yes, Montreal is used in replacement of New York or Paris quite often. Does your next film need snow and Paris in one, but a less expensive version? Montreal will be there for your bidding. Blades of Glory and The Notebook are some examples of snow in Montreal being used in the winter scenes.

Even though the Christmas season has come and gone, maybe next year you can plan your visit and replace your traditional Christmas dinner with some poutine. What do you love about Montreal? 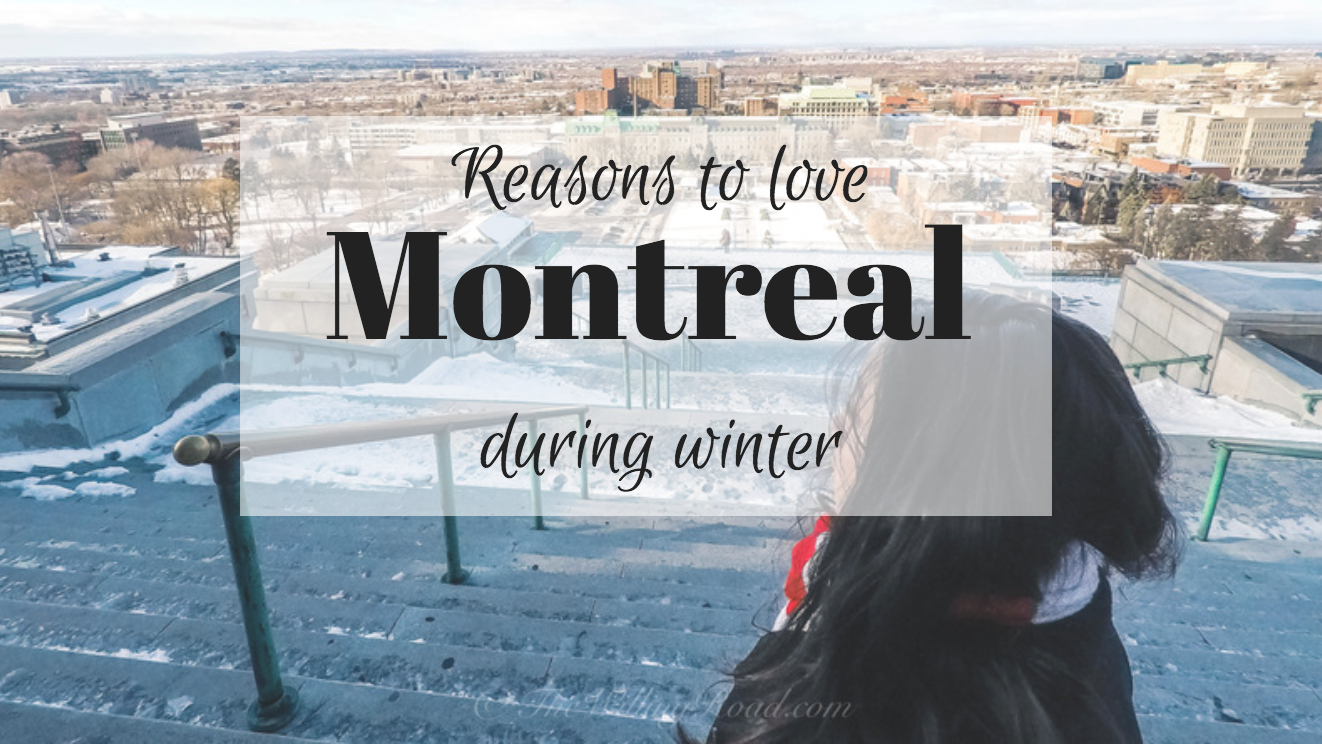