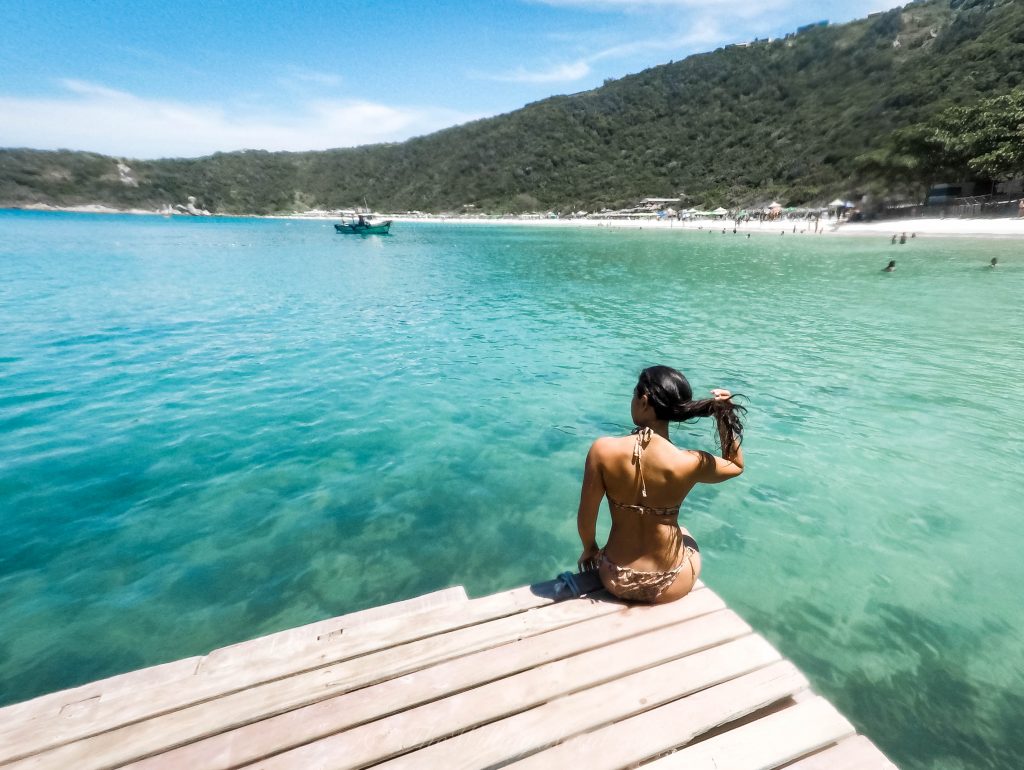 Take a Weekend Trip To Arraial Do Cabo

Before arriving to Brazil, my original plan was to head straight to Arraial Do Cabo where I imagined myself tanning on the white sands until I started to look like a pumpkin. After visiting it for the first time I realized that visiting for just the weekend is enough to take in the beaches of Arraial Do Cabo. If I’m going to be honest with everyone, you really only need a few days to enjoy this beach paradise.

Arraial Do Cabo is in the state of Rio de Janeiro, the city of Cabo Frio. It’s known for its beaches and its clear blue waters. There are several different beaches that people can enjoy for a relaxing time in the sun and it’s much safer than its neighbor Rio De Janeiro since it is more geared toward families and couples.

I was so excited to take in the scenery of Arraial Do Cabo. I was itching for clear waters and soft sand where I could lay on the beach and do nothing but tan.

And that’s what I did.

I never realized it before, but sometimes, relaxing can be boring. I don’t mean you shouldn’t take the time to unwind and relax, but for three days I was in Arraial Do Cabo just… resting. As someone who constantly needs movement and excitement, music and dancing, I found that I was– dare I say it?– bored. Mainly because there was nothing else to do. It was wake up, go to the beach, tan, swim, eat, shower, sleep, repeat. Over and over again. No dancing, no loud music, no loud people.

Jesus, I sound so snobbish: “Boo hoo, I rested too much.”

Don’t get me wrong, it was definitely beautiful, but I realized that I missed the chaos and the rowdiness of Rio De Janeiro and couldn’t wait to return to that city that I was calling home.

I know so many people will disagree with me, in fact, past me probably would have disagreed with me, but times they are a-changing. Not every beach, waterfall and city is for everyone.

To show you guys my appreciation for the little beach town, here are some pictures to show you that you definitely should go there at least once.

And now I’m going to go back to my chaotic life.