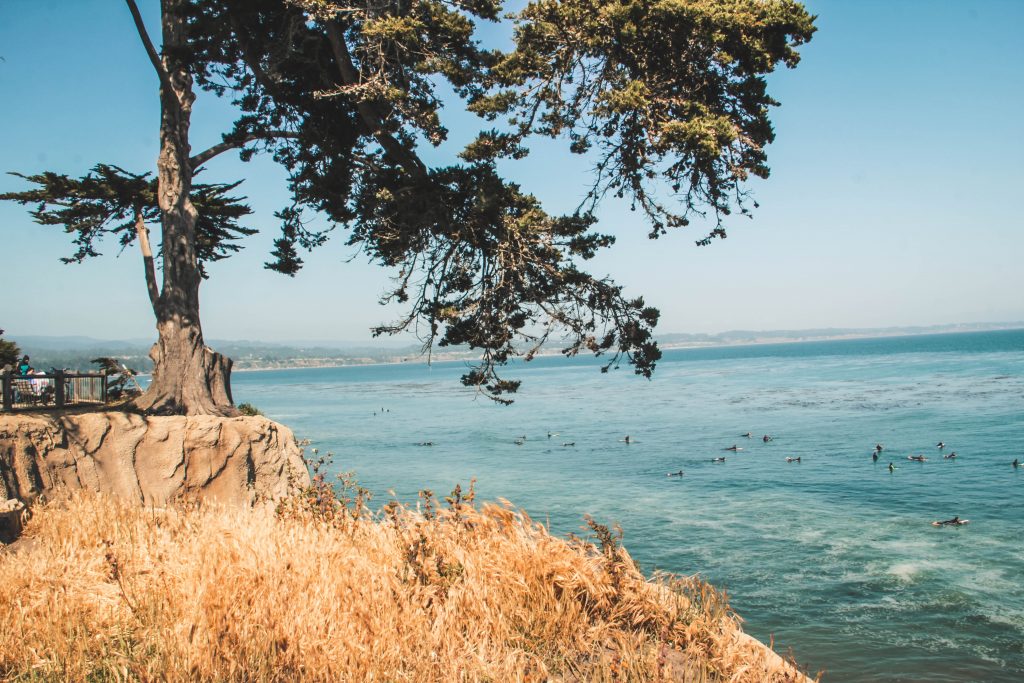 The Best Places to See in Santa Cruz 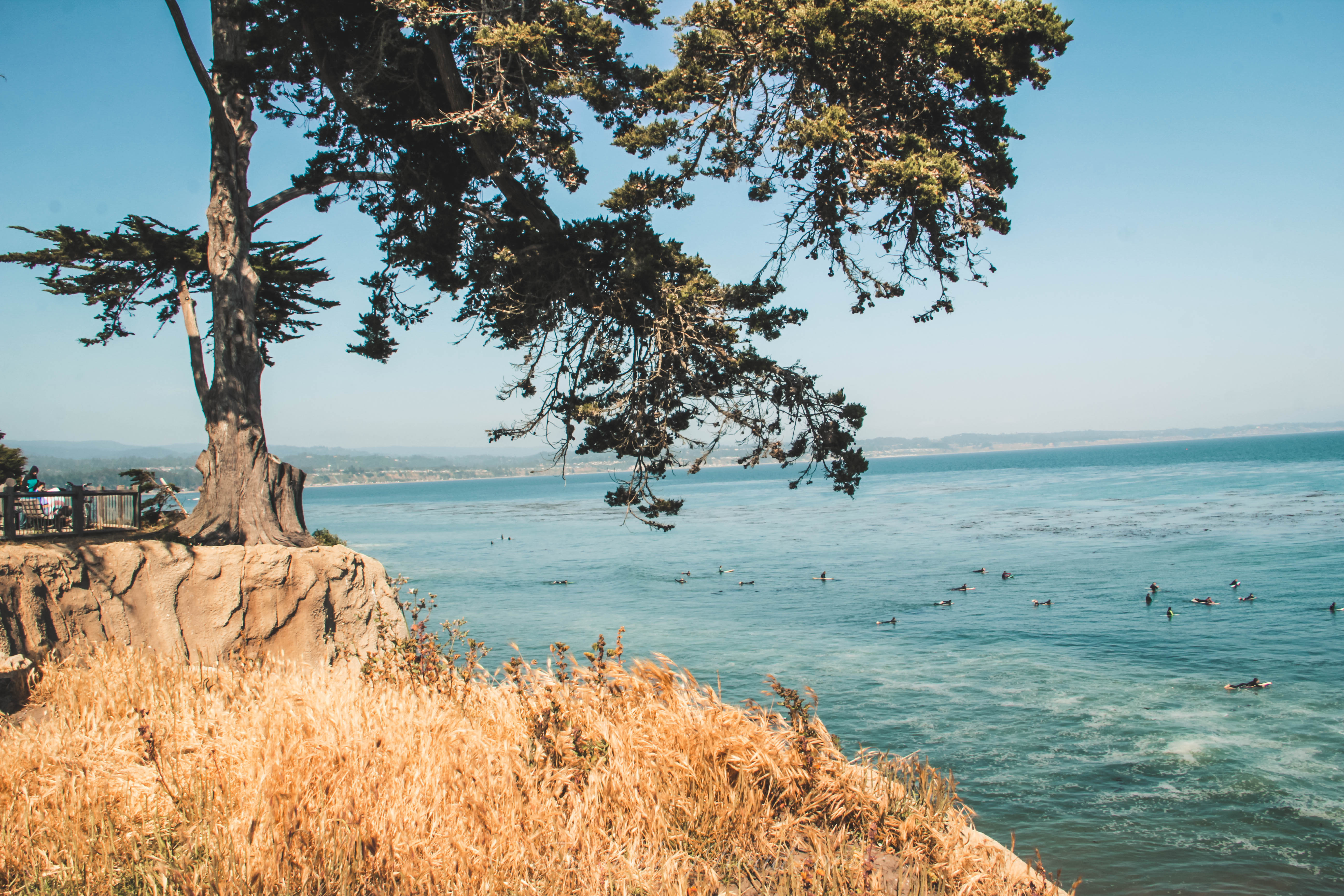 Santa Cruz is one of those places that people have heard about probably because they’ve seen the movie The Lost Boys. I haven’t. I know, and I’m from there. But every time I see that it’s on tv it’s already halfway finished, or I’m just not in the mood to watch cheesy old vampire movies (I don’t actually know, is it cheesy?)  One day, though. One day.

I grew up in Santa Cruz, California, but at 19, I left. At that age, I didn’t fully appreciate what Santa Cruz had to offer. Now, every time I go back I realize the things that really make Santa Cruz special: its history and gorgeous sceneries.

Santa Cruz has a unique culture with people who are proud of where they are from, especially if their family has been living there for years, and there are quite a few of those families. It’s also one of those cities where everyone knows everyone, which I originally had thought made the city dull, but once you start talking to random strangers and you find that you know some of the same people, it shows how we are all connected in some way and just how small the world is after all.

Many people who have heard of Santa Cruz believe it to be a very beautiful city, which it is, however, it can be a very frustrating city to drive around in due to the horrible traffic and intricate layout of the city. Yet, everywhere you turn there are beautiful sights to see, local history to take in, and quaint shops that last because Santa Cruz locals love shopping locally. Seriously, the Forever 21 that exists in downtown was not put up without a fight.

Whenever I return to Santa Cruz, I don’t return for very long which leaves me little time to do much, except see things that make Santa Cruz Santa Cruz to me and on a budget. Here is the list of things that I enjoy doing for cheap in one weekend in Santa Cruz.

And don’t forget to bring your camera! Throughout the years, the Boardwalk has maintained its vintage feel and colors to it, making for great photo opportunities.

If there’s any way to fully appreciate the beauty of Santa Cruz, it’s by walking right along the cliffside. West Cliff Drive stretches along the cliff for about 3 miles, where visitors can view the waves from above, surfers waiting for those waves, and landmarks such as the Surfing Museum and a statue raised to honor the surfing culture. Wear comfortable shoes, but if you have a car, you can drive down West Cliff Drive.

Also, if you pay attention to the railings along the pathway, you’ll see some openings where you can climb down to some rocks, or even a mini beach. Some of these openings can provide the curious with a better view of the cliffs for some pictures. 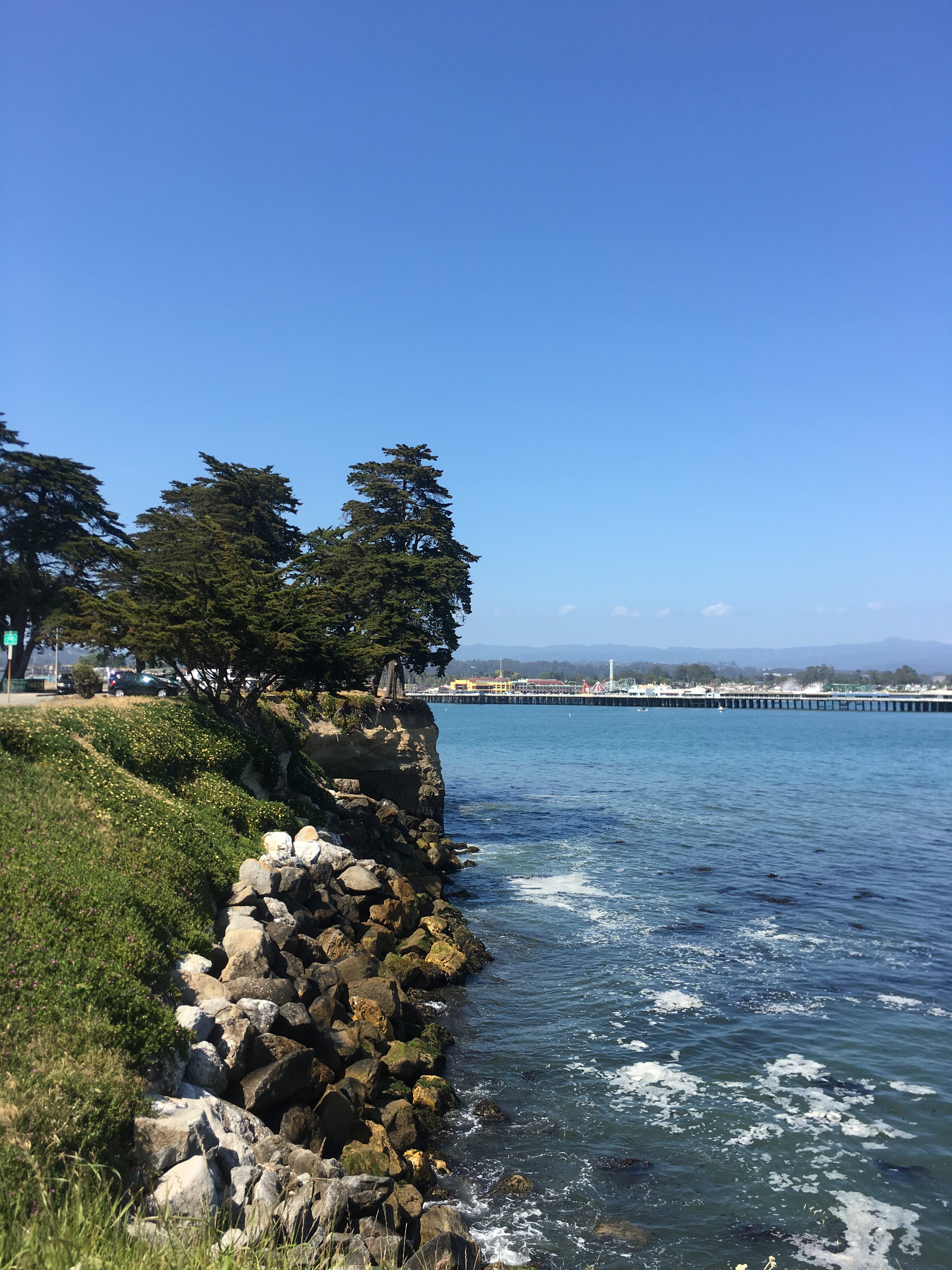 A view of West Cliff. Taken with iPhone!

Ok, so a lot of the shops in Capitola Village are a little pricey for me (at least when I’m on my traveler’s budget) but they have some cute locally made items or even imported clothes. It’s nice to see the unique items being sold there and hey, maybe if you really like something you’ll go home with an item or two (guilty). Either way, Capitola Village is right on the Pacific Coast which provides any of the bars or restaurants with a gorgeous view of the ocean. On the other hand, if you’re on the sand, turn around– the colors of the buildings provide a great backdrop for any picture.

If you’ve ever surfed, or know anything about surfing, you’ll know that Santa Cruz is the “surf city”. The history of surfers in Santa Cruz goes way back. Many surfers have died in these oceans, but they died doing what they loved most. By watching the surfers you’ll be witnessing people who are following their passions, riding waves that make them feel alive. Even though you aren’t in the ocean with them, it’s always cool to watch someone catch that wave and ride it ‘til the end.

The best places for watching the surfers are at Steamer Lane (behind the Surfer’s Museum), the Hook (at the end of 41st Ave), and at Natural Bridges State Beach (at the end of Westcliff Drive, from the parking lot that overlooks the beach).

So if you’re just passing through, or want to get away for a weekend, take a step back in time and don’t forget your camera, because Santa Cruz is a beautiful city. What do you love about your hometown?

Check out my video on YouTube about returning home here!