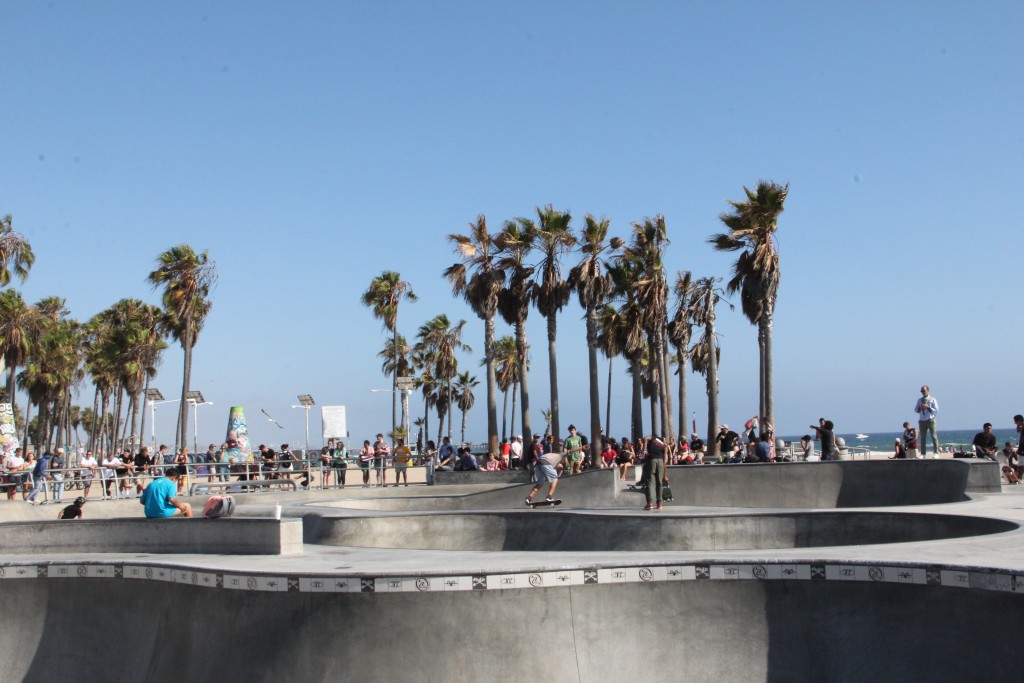 The stories are true: yes, there are girls running around in bikinis that barely cover their fake nipples.
Yes, there are ‘roided out men showing off their muscles trying to be the next Arnold Schwarzenegger. There are people rollerblading, biking, and skateboarding. There are tourists looking at the vast amount of gear they can buy for cheap. Beach bums, crackheads, street entertainers, street vendors: they’re all there.
The Southern California stereotypes exist for a reason and it isn’t more obvious than in Venice Beach, a beach city of Los Angeles. It becomes increasingly obvious as one walks up from Marina Del Rey that everything that was ever said about California is true. As a native Californian, I can’t help but laugh at these truths.

As we walked up Ocean Front Walk, I could see a crowd gathering around what looked like an outdoor gym. And guess what: it was an outdoor gym. On the edge of the fence was a member of Muscle Beach Venice, shirtless, showing off his pumped up muscles, posing for the camera showing off not only for the women but any little boys that wanted to be him. Oops, I guess I accidentally took a picture of him… 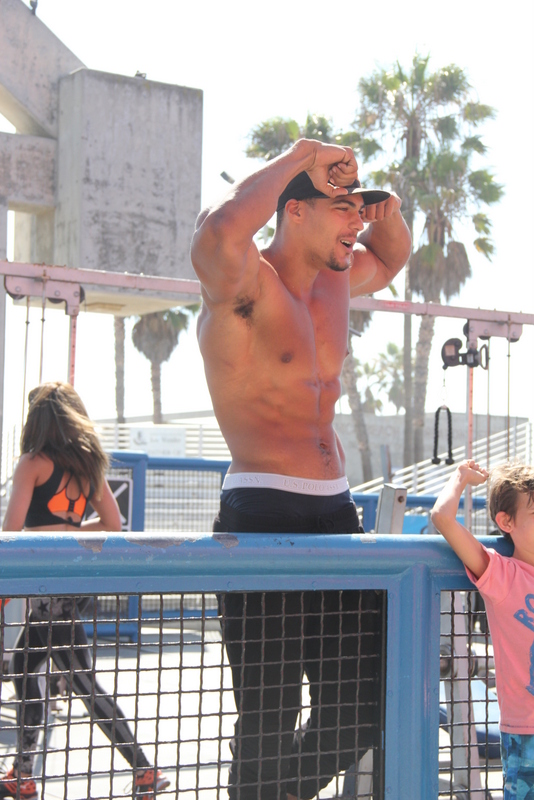 I’m sorry, what were we talking about?

After I brushed off his narcissism and told myself muscles are unattractive, we continued to walk down the boardwalk finding no interest in any of the stores. What caught our attention the most was Venice Skate Park. It’s on the sand away from the stores and crowded pathway, but it attracted a popular crowd along the outer rails. One doesn’t have to be an avid skateboarder to fully appreciate the talent that these athletes possess. Give me a longboard and I’ll glide about 10 feet while trying to keep my balance, but as soon as those wheels stop spinning I’m stopping with them… or falling forward. Same thing. The skateboarding culture and the surfing culture both define California. If you are a skateboarder, you most likely have/will have or already do surf and vice versa. However, it’s not often one gets to be in close vicinity to a surfer as they ride the sweet waves, bruh. Skateboarding it is, then. Sure, the stench of mary jane is in the air and every other word is bruh, dude, and like, but don’t let that steer you from watching these guys fall into a vertical pit and (most of the time) gracefully land on the edge of the other side. I’d like to see you do that. 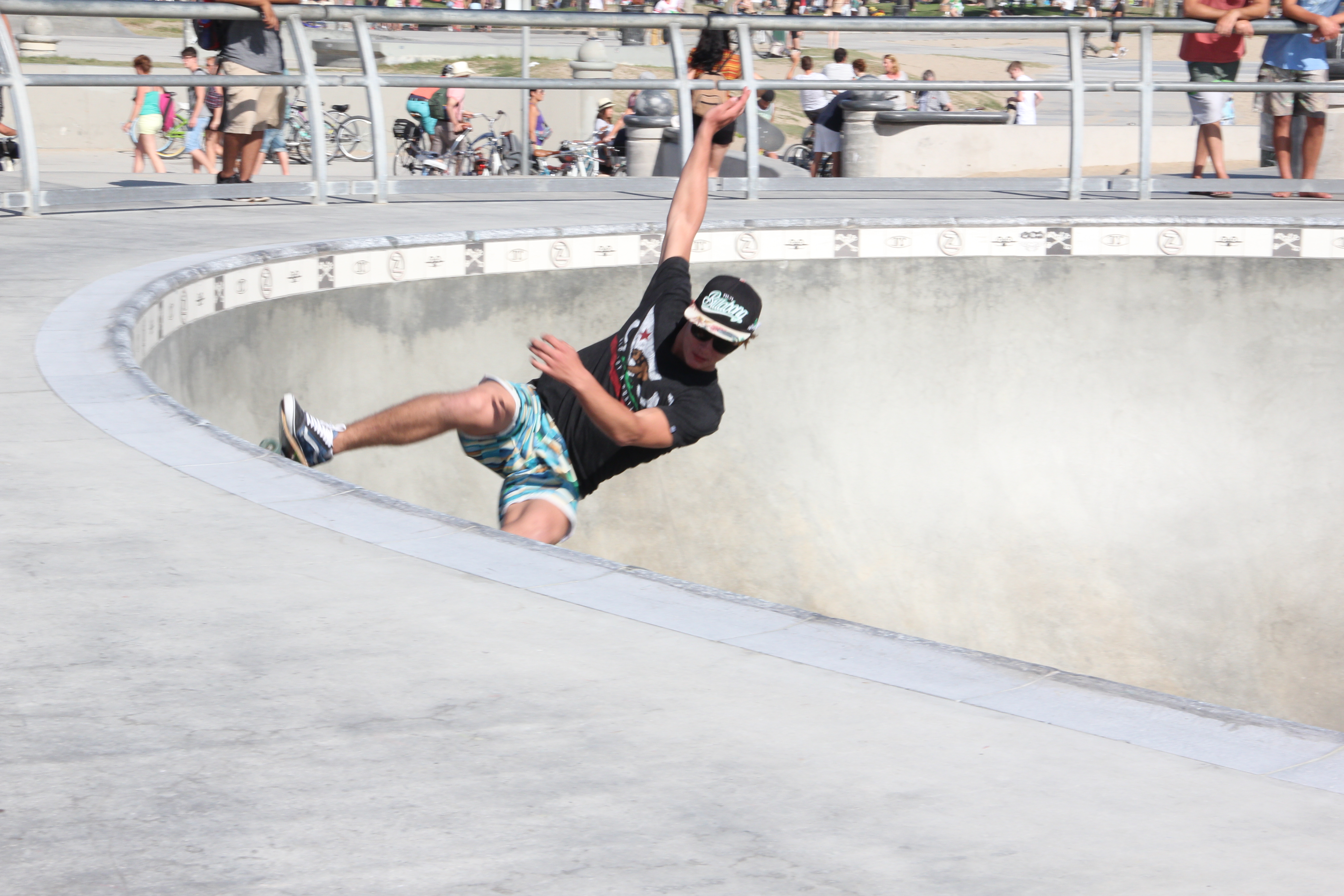 If you don’t get a contact high from the weed in the air, then you will definitely get a high off watching these guys flip into the air. I would have already eaten shit, lost a tooth, and bruised my butt.

So if you are ever in Venice Beach, wander away from the souvenir shops and look for a real California experience: weed smoking bros.