The Truth About Japan– It’s Not What You Think 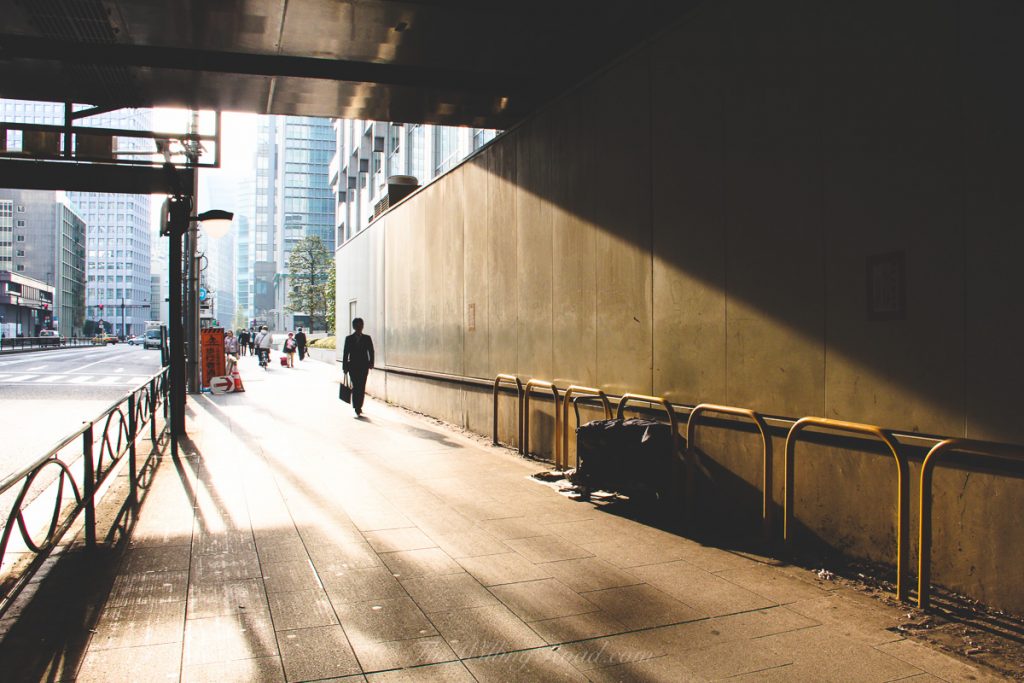 Outside of Tokyo Station

My time in Japan has ended. Looking back on when I had departed for Japan, I realize just how different my perception and everyone else’s was from what Japan actually is. You know, you hear so much about Japan, how it’s advanced, and everyone should check out Harajuku for the strangely dressed people, that Arashiyama, the bamboo forest is this gorgeous sight that you can’t leave Japan without seeing. I was jokingly told to buy samurai armor from a vending machine. 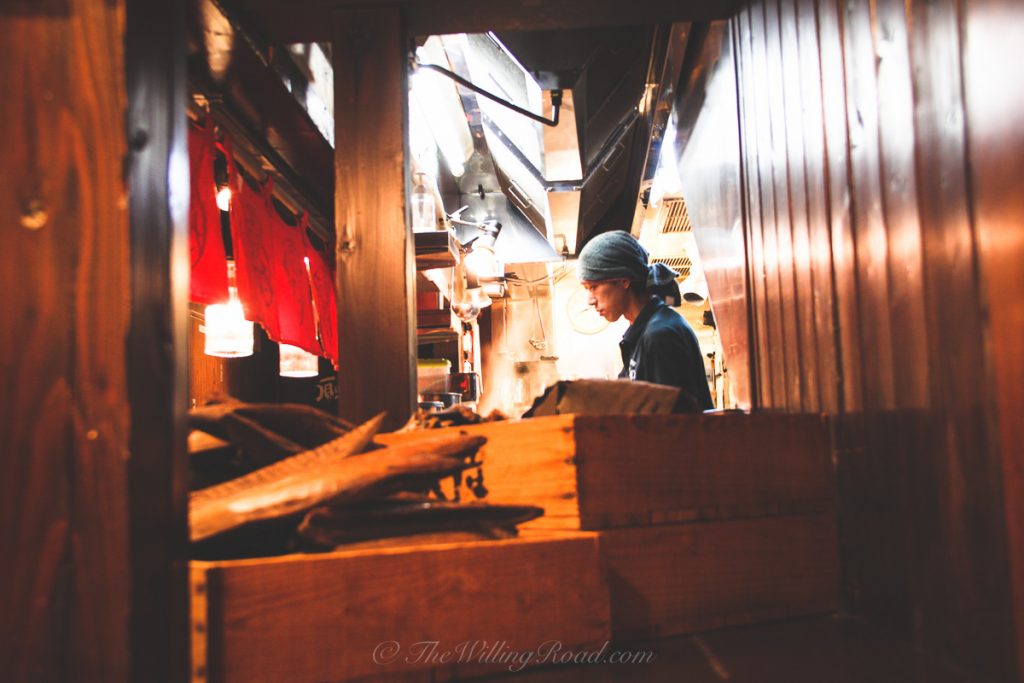 There were so many funny assumptions of Japan, like that I could buy alcohol from vending machines anywhere I went (I only found one, randomly on the top of a mountain) that Japanese people were strict and serious and that I will have a hard time with my goofy personality. But that’s the thing with living in another country. You end up breaking down these stereotypes. You discover more about a country that you never knew you didn’t know.

More assumptions and “things to do” were given to me from people who hadn’t even been to the country yet. Like the men are all feminine, that I needed to go to Akihabara, that I needed to go to Kyoto, and don’t forget to check out this temple, and that temple, and I’m going to lose weight because of all the healthy food, that I’m going to eat sushi everyday. But for the most part, these were all untrue. 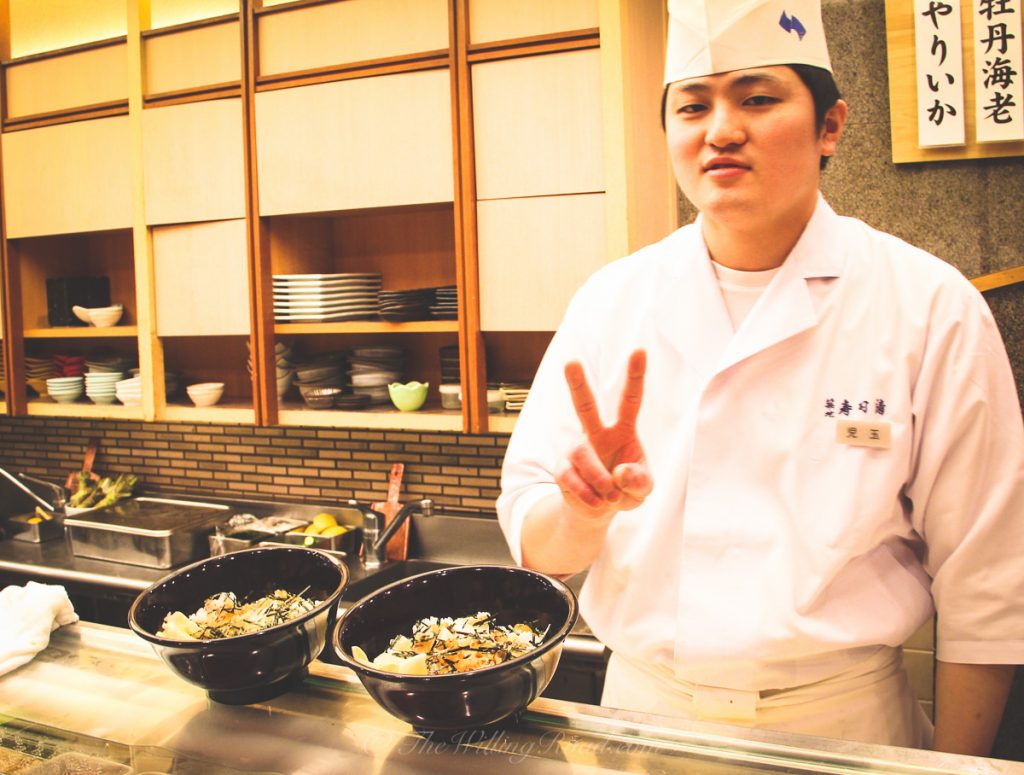 Sushi chef with a sense of humor

They were all things that weren’t Japan for me, but some ideas that America had created of Japan, some fantasies to separate Japanese people from American people. 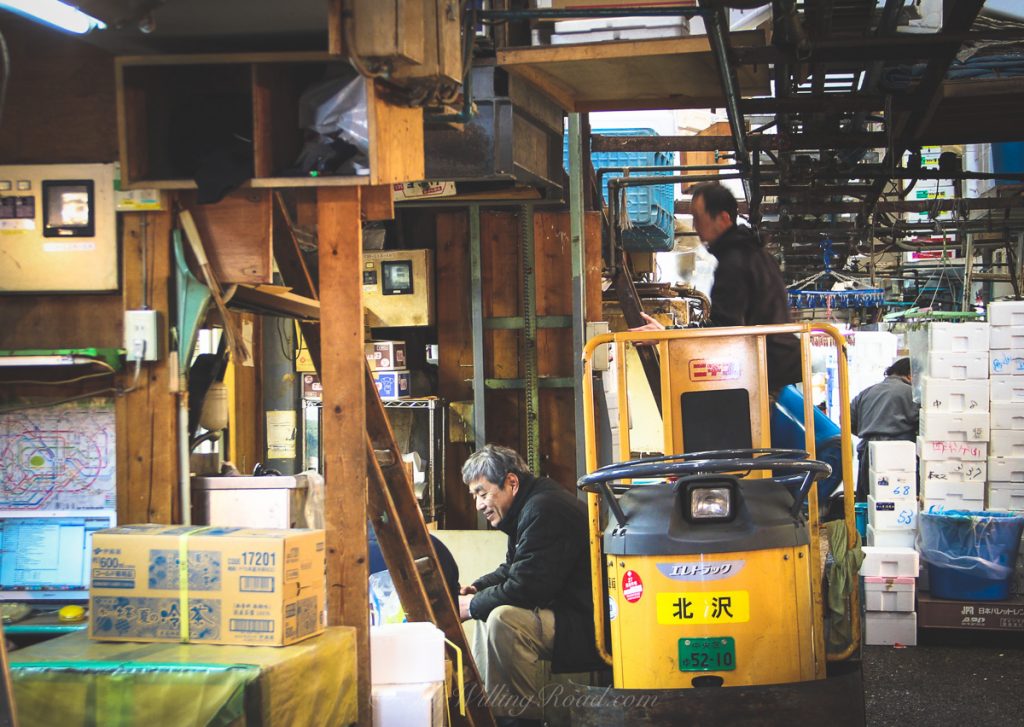 Resting after selling fish all day

For me, Japan was none of these.

Japan is a stroll through Yoyogi park when the petals of the sakura are falling to the ground at the slightest movement of the wind. It’s wandering down narrow alleyways piled high with shops, bars, and apartments even if you don’t know what any of the signs say. It’s Japanese people eager to speak to you so that they can practice their English. It’s forgotten umbrellas which hang from the door of their owners favorite bar, waiting to be recycled to another worthy patron. It’s drinking beer with too much foam every night and drinking nihonshu for special occasions. Drinking until 4 am and then eating ramen as the sun rises above the buildings. It’s about a language meant for simplicity and yet is so difficult at the same time. It’s about sharing plates of food, serving everyone else before you serve yourself. It’s gift giving and receiving. It’s bicycles with no locks, losing an item but not worrying about it because you know someone will take care of it until you return to pick it up. It’s festivals and festival food, happis and yukatas, and a holiday for everyone and everything. It’s ice cream during any season. It’s snow that falls perfectly on top of temples. It’s singing with passion, even if you can’t hit the notes. Dances with the simplest moves, that sync well with every beat of a song. It’s singing Taylor Swift and One Direction with Japanese people who don’t speak English. It’s adult men with Disney underwear, and adult women with Sanrio characters on their purses, on their pens, on their cell phones. It’s women who eat slowly, picking up their food carefully as if any movement will crumble the food into non-existence. It’s being unashamedly naked in front of men and women in order to cleanse your body. It’s being surrounded by mountains which are forever in the distance. It’s slow purple sunsets behind a mountain and sunrises that occur unexpectedly. It’s finding pleasure in the smallest details. It’s slapstick humor and the goofiest people I’ve ever met who do not fear embarrassment but rather embrace it. It’s wild and crazy, serene and simple. It’s older Japanese people who take on the role of your parent when you seem to be lost or in need. It’s looking into the eyes of a Japanese person and though you may not speak the same language, you understand what it is they are trying to say, with the curve of their mouth and the slant of their eyes as their smiles are revealed behind the frown that foreigners seem to fear so much. It’s one man standing on the edge of a river, dressed in a business suit, his hands behind his back doing nothing but staring at the water flowing over rocks, at the fish migrating for the winter, taking enjoyment in viewing a natural scenery so delicately placed in this world.

That… is Japan to me. 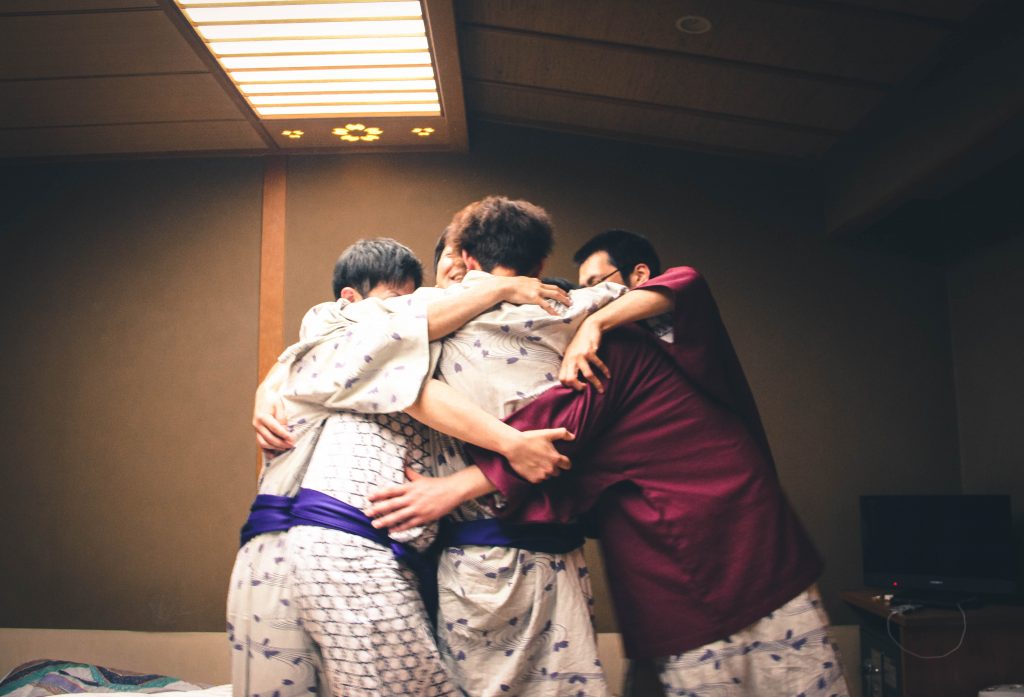