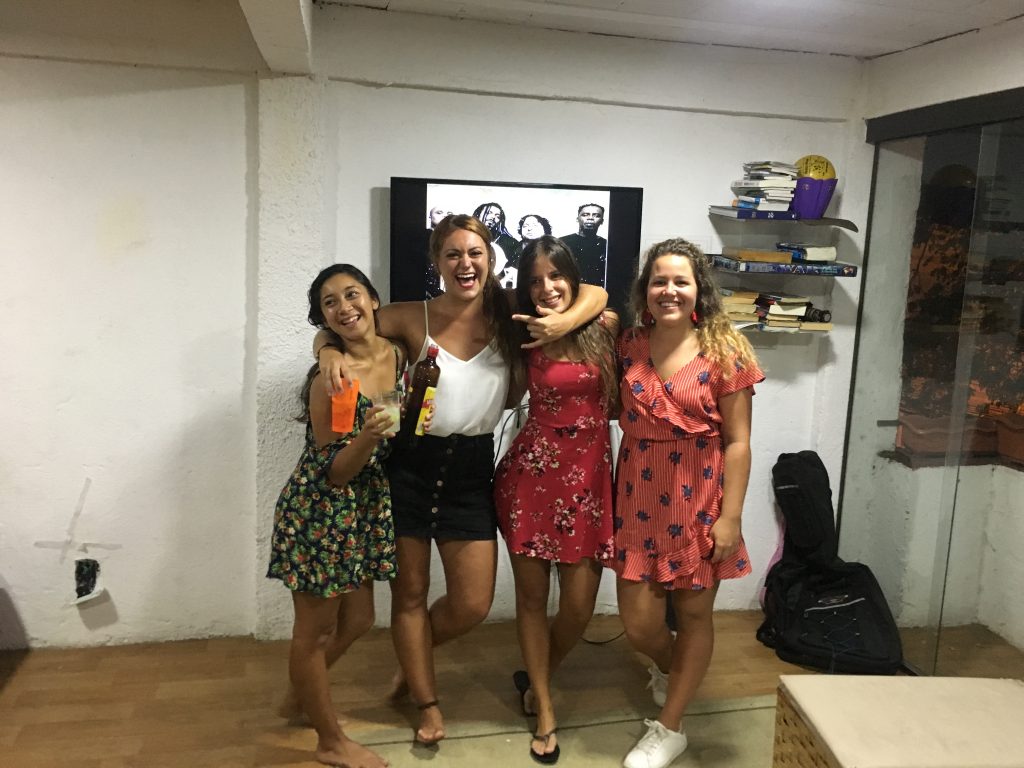 To some, returning home may seem like a failure, but in my opinion, it’s not. I’ve never felt more motivated and more inspired than ever. I have a lot to come this summer, but I gotta update you guys on my life from last month. It was definitely a bittersweet month, but as they say, “time heals all wounds” and my sadness from leaving Brazil has passed. Life is great, and I’m so grateful to have lived the life that I did in South America. I wouldn’t change any of it for the world. Anyway, enough of the mushy gushy love stuff. What happened last month?

In ‘N’ Out Burger

Staying up all night with friends combined with a 17 hour flight home. Besides being exhausted I couldn’t wait to get out of my clothes.

Jumping into the freezing cold Pacific Ocean after being buried in the sand. It was a shock to my body. I swear I used to think the water here was warm.

Longboarding! I can’t believe that I had never been longboarding before. I thought it would be difficult, but it ended up being a breeze and now I want a longboard. I also got a lot of advice from more experienced skateboarders that were passing me by, which was like getting free lessons. But then again no one pays for skateboarding lessons, huh? 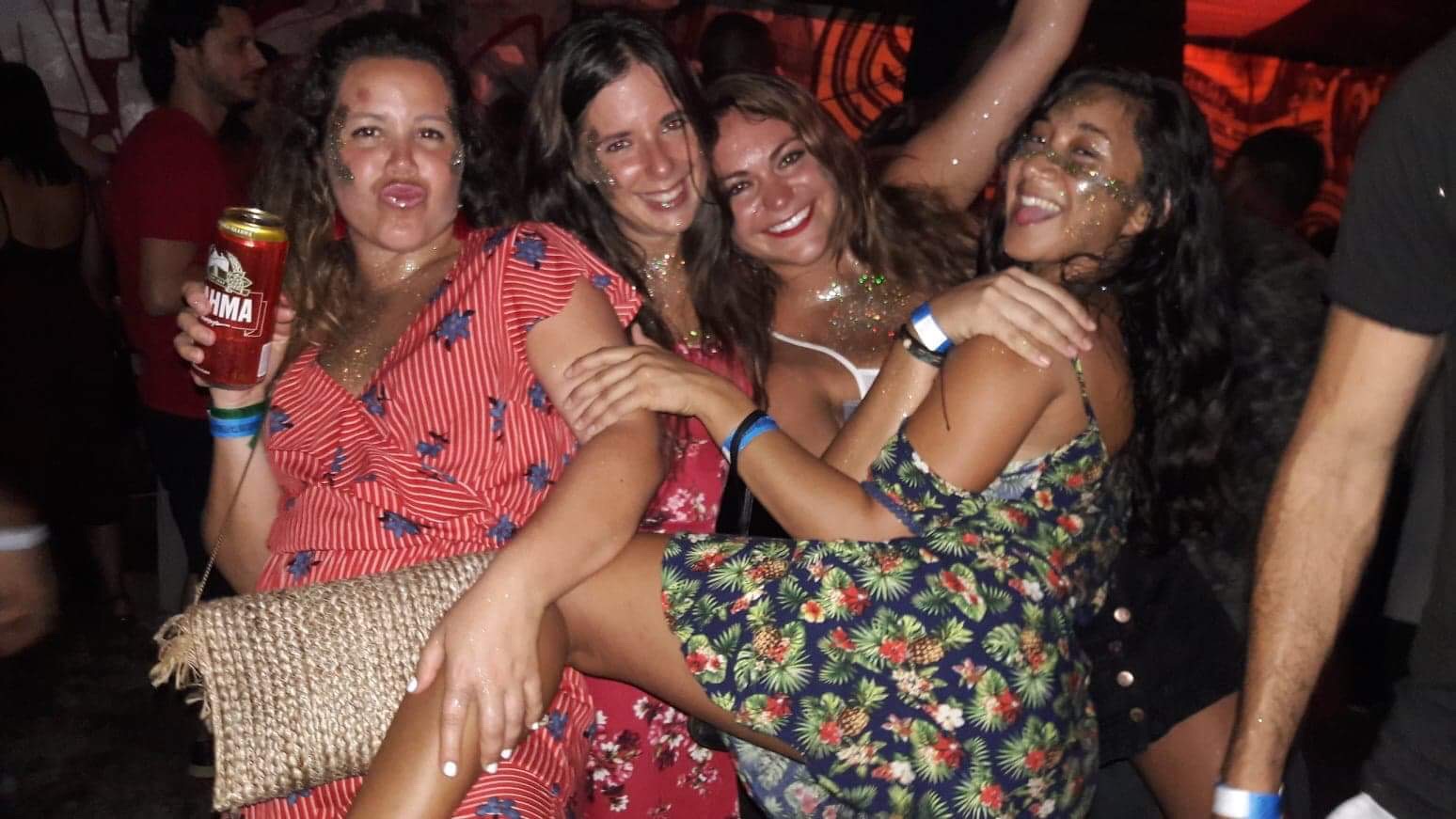 Thursdays were the best because I got to dance with these girls.

Learning Portuguese– I slowly began to see the change in my Portuguese ability as my time in Rio continued. I was able to understand the people speaking to me more often, but my responses were frustratingly slow. I was very determined and made so many mistakes, but that’s the only way I’ll learn.

Improving my Spanish– Strangely enough, my Spanish began to improve in Rio. This wasn’t something I noticed right away though. It was pointed out to me by my Spanish speaking friends because I could hold conversations longer and engage in deeper conversations. It made me realize that when you do something over and over again consistently you will begin to improve and you may not notice it at first, but others will so don’t give up.

Watching the sunrise from an apartment building– I was lucky enough to have a Brazilian friend who knew of a spot where I could take a picture of the sun rising. It was early, but I started to form a schedule where my camera was immediately available and if I couldn’t sleep, I would wake up early enough to see the photo which I’ve posted below. That’s a 5:45 in the morning picture. I watched that sunrise on multiple accounts and every time I was in awe at just how beautiful it was. It definitely keeps me motivated to start waking up early and searching for those sunrises more often. 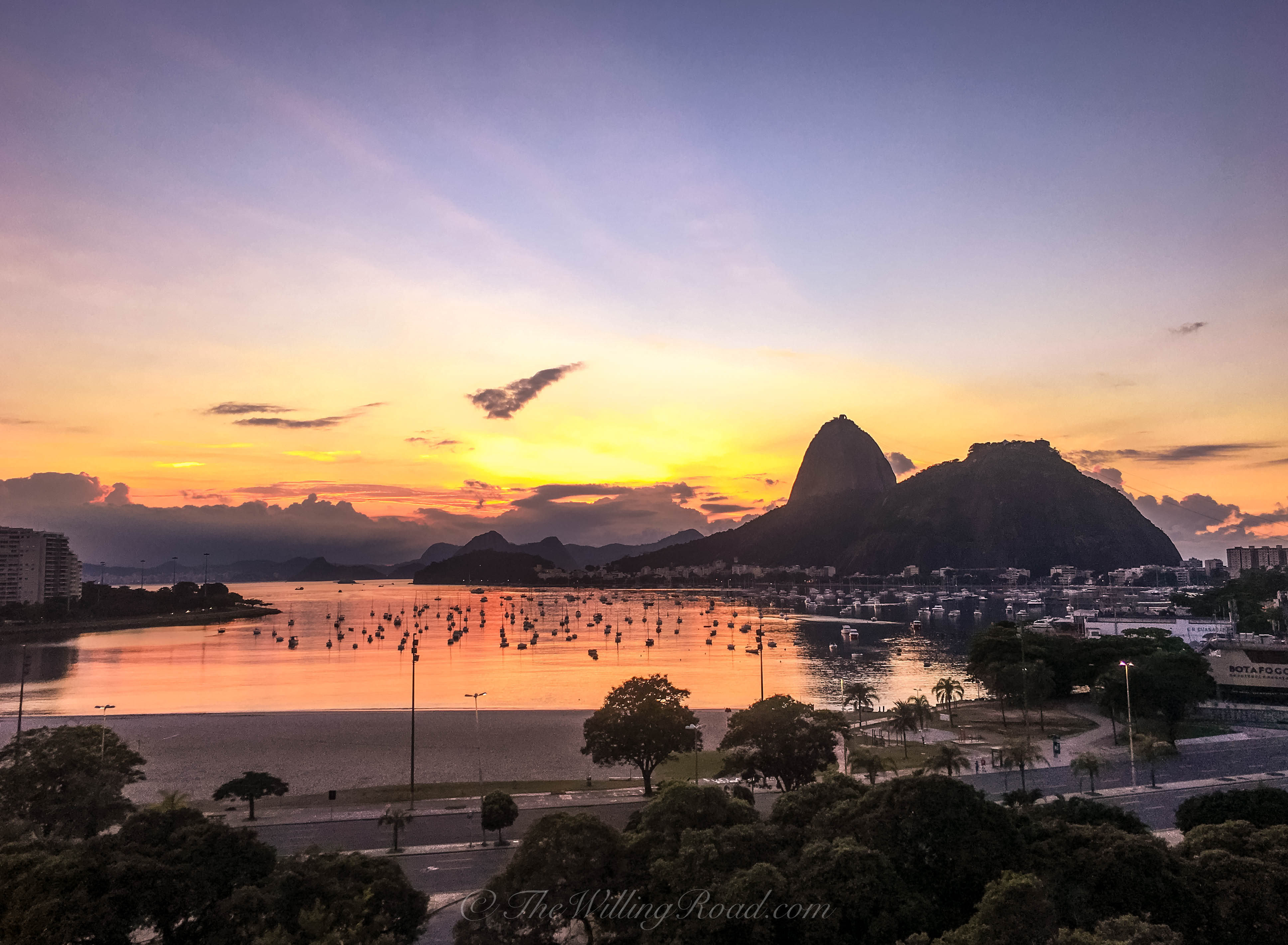 Waking up early was worth it for this photo

Going Home– I had bought my ticket home back in March, but on April 17th was when I stepped onto that plane and made the 17-hour journey all the way home to California. It was nice to speak English again and see my friends and familiar faces again. Sometimes not traveling can be really nice.

Returning home– Even though I was happy to be home, I wasn’t ready for what came next. With every long trip comes the consequences of returning home: post- trip depression. I immediately went into it when I initially returned home. Everything was unfamiliar to me and I just wished I could be back in Brazil, drinking cachaca and learning portuguese. Adjusting to the lifestyle and culture of the United States was difficult, so I found myself hiding out from my friends and avoiding participation in my usual activities. I made a video about my challenges which you can find here or here on my YouTube channel.

Having no money– I really played with fire this time. I spent all my money. Down to the last dime. I returned home with barely $100 which I spent on new clothes and gas money to get me around. I expected to start work right away, but I wasn’t able to start working until the week after. Work came just in time because I really needed that money.

Keeping up with my vlogs– For some reason, all of my friends are too shy or think I’m crazy for always recording stuff. I’ve slowed down my video recording at least so I could adjust back into San Diego lifestyle, but now that it’s May and I have an income it’s going to start happening again. So don’t worry, you’ll get to see my goofy face again soon.

What's to Come in May

Hustling. It’s all about the hustle this month, baby. I started working at my old job just a week after I returned from Brazil. I’m lucky enough to have a job that is so flexible and willing to work with me so I’ve been picking up as many shifts as possible.

My travel habits haven’t ceased yet. In a couple of weeks, I will be heading back home to Santa Cruz to visit my immediate family since I haven’t been able to see them since returning. I left my car and other belongings with them so I will be picking those things up and making the drive own the coast of California. Normally I make the 8 hour drive straight down the boring I-5 freeway, but this time I’ll be taking the 10+ hour drive down highway 1, a typical tourist attraction for those visiting California. I can’t wait to show you guys!

I love traveling so much because it’s something that I am passionate about, therefore I am always supportive of others and their own passions whether it’s underwater basket weaving or music. If any of my creative friends need assistance, I will always say yes. During my time in Santa Cruz, I will be assisting my friend, Alwa Gordon with one of his music videos, a collaboration which we’ve done before in a previous music video that I thoroughly enjoyed participating in. He also has a podcast going on with some old childhood friends, so I’ll be sitting around the table with the crew discussing super important topics. I will link the two below once they are finished.

Just because I’ve returned home doesn’t mean I’m no longer a traveler or someone who has failed! I’ve got a lot going on and have been keeping very busy. The next few months are going to be life-changing for me, so stay tuned to see what else is in store!