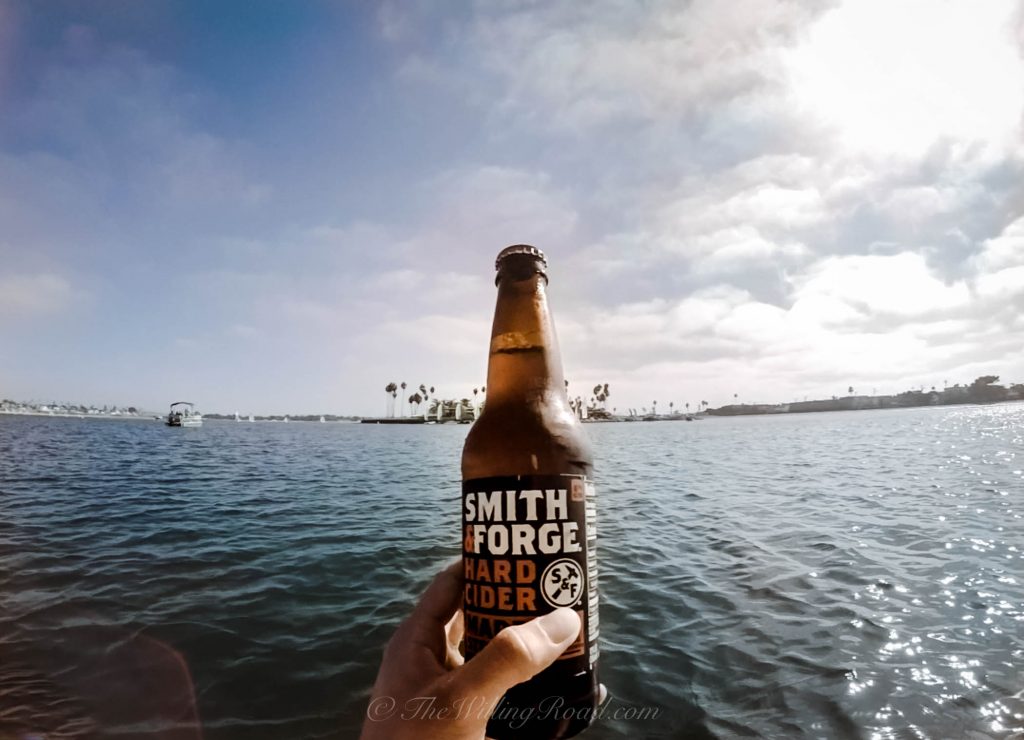 This post is coming at you all late in the month and I apologize for that. The monthly round-ups were something I always tried to keep up on, putting it out in the first week of the month and this is the first slip up, but I’ve gotten through two seasons of New Girl so at least I’ve accomplished some goals this month.

The month of October was a game changer for me. All of a sudden I was on top of my shit, but as soon as November hit it was like everything I had worked so hard to achieve in October didn’t mean anything. I got sick, and during that sickness, I lost all the nutrients and muscles in my body. Was it from traveling to Mexico? Probably. But sickness doesn’t stop me from traveling it just delays some of my work as I stay focused on bringing my health back up. By the way, if anyone knows why I constantly crave lemons– the peel and all– 7-up, and pickle or olive juice, please get back to me because I’m literally at restaurants asking for slices of lemon and eating them whole. Also, I’ve never wanted a dirty– no, scratch that– a filthy martini so bad. (If you didn’t know, a dirty martini is an alcoholic beverage with only vodka/gin and olive juice, a filthy martini is the same ingredients but with a lot more olive juice. I hate vodka, so I know it’s the olive juice I’m craving.)

Anyway, enough about my strange cravings.

(FYI, I’m definitely not pregnant because unless I’m the Virgin Mary, there’s no way. It’s more likely I have scurvy.)

Roasted Crickets from a street vendor in Mexico City

Gettin’ swole at the gym. Just kidding, I suck at working out, but I did work up a sweat this month.

Paddleboarding in Mission Bay, San Diego. It’s so relaxing to be on top of the water and enjoying a beer.

Getting a tour of the clothing company, prAna, which I respect due to their sustainability movement

Moving into my new apartment— I was stressing for a bit while I looked for a new apartment in San Diego. The more I looked the more I started to realize just how much cheaper it is to travel than it is to stay at home. But then, at the end of the month of September, a friend needed a quick replacement and by October 3rd, I had the keys to my new apartment. Throughout October, I focused on making my room my own, buying things I hadn’t had to buy in quite some time, such as pillows and trash cans, things I was provided with when I was traveling.

Ventured out to new restaurants— Rather than eating at all the same ol’ restaurants that I knew and loved, I started to try out new restaurants. It made eating out and spending money on food a lot easier because I was always discovering new places to eat and drink. Among the restaurants/food joints I tried out in San Diego were Pizza Port Brewing Company, Raki Raki Ramen, The Crack Shack, Queenstown, and Wonderland Ocean Beach.

Working on putting my Youtube channel together— I’m a newbie Youtuber which I started focusing more on after speaking to other Youtubers and realizing I have a knack for talking to myself, so why not put a camera in front of me? It’s been a lot of fun putting together videos, but I only do it once a week. I want to make it bigger though, so I will focus on putting out more videos. If you have any suggestions on what you want to see, let me know! Also, don’t forget to subscribe to my channel, it would really help a girl out.

Speaking with prAna— prAna is a clothing company that focuses on creating sustainable clothing which means they make their clothes out of recyclable cotton and hemp. They have some great waterproof material as well, but they do everything in the name of saving the environment. Because of their branding and what they stand for, I was extremely interested in their clothing. So I spoke with the director of marketing and he gave me a tour of their headquarters which is based right here in Carlsbad, San Diego, about a 40-minute drive from my apartment. It was my first time ever speaking with a clothing company and I left with some pretty cool hats, which I now wear all the time.

Celebrating HALLOWEEN in San Diego— I haven’t been in the States for Halloween since 2014, so I was pretty excited to get dressed up. Although I worked during Halloween weekend, I still was able to dress up in the costume I’ve always wanted to wear for Halloween: Selena. And no, not Selena Gomez, and not Jennifer Lopez. Actual Selena Quintanilla, my favorite girl. Bidi Bidi Bom Bom is my karaoke song, don’t steal it. It was tough finding a Halloween costume that wasn’t almost $300 and resembled Selena, so what did I do? I made it myself. One full season of New Girl later and I had my very own Selena costume. I’m still finding sequins all over my apartment though. It was a messy night. 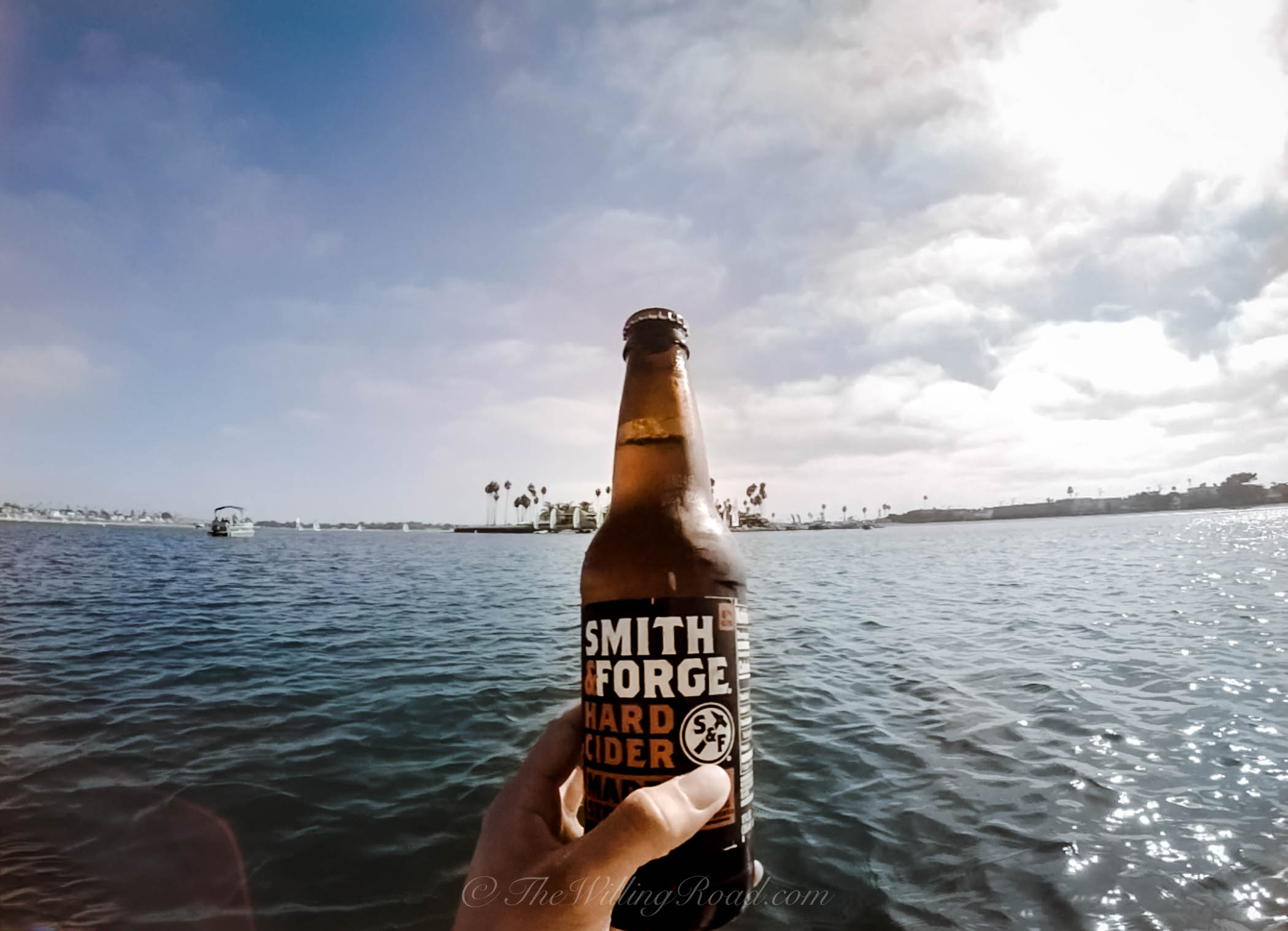 enjoying a cider while chillin’ on the water

Spending too much money— Staying in San Diego, I’ve been getting caught up in this lifestyle and I’ve just started to notice that I’m spending money on things that I don’t usually spend money on. Like an Uber ride to take me to work, which is only a 20-minute ride away. But sometimes I’m late and the fastest way to get to work is through an Uber, but now I’m just getting lazy. I’ve also started paying for monthly parking, I paid to get my groceries delivered (delivery was free, but the grocery prices seemed jacked up for the convenience), I bought a $17 candle I definitely didn’t need, two really beautiful necklaces for $50 (which I don’t regret, but I also don’t need them), hair products, and makeup. And I’m just mentioning the things that I probably could have done without. The more I spend though, the more I realize why people think that they can’t afford to travel. I’ll be writing a whole post and a video about how to save money, so stay tuned for that.

Getting to Mexico City— Instead of going through the San Diego International Airport, I chose to cross the border to Tijuana, Mexico and fly domestically. This was the easy part. My flight was to leave at 12:30 am. Yup, that’s midnight. When I arrived though, 2 hours ahead of time, I found out that my flight had been delayed until 3 am. But the security told me that it wasn’t delayed until 3 am, that we will only wait an extra hour. An extra hour goes by and still nothing. 3 am comes along and now all of a sudden we are delayed until 3:30 am. 3:30 am comes along and now we have to change gates. We change gates. We load onto the plane by 4:00 am and the doors shut. Then we are told that we have to get off. The passengers of the plane go wild. No one wants to get off the plane because of how much everyone has already been through, bouncing around, changing times, changing gates– everyone just wanted to leave. In protest, the passengers refuse to de-board. The airline staff had stated that the plane will leave at 5 am, so the passengers figured it would be ok to stay on the plane until that time, accusing the staff of trying to put us on another flight at 9 am. At 5 am, passengers give in and we all de-board the plane, then we change gates until finally, we get on a plane and honestly, I have no idea what time we took off because as soon as I got in my seat, I passed out, with my eye mask on and my head in my sweatshirt. A real classy-looking lady.

Keeping up with the blog— I feel like I tell you guys this a lot, but I’ve been spending a lot of time on Youtube, editing videos, which has put my writing on the backburner. This doesn’t mean I’m giving up writing, because I love writing and it’s the reason I’m here today giving you all this round-up. I’ve just been struggling to find the balance between the two. As a single travel blogger, it gets pretty difficult trying to stay on top of social media, the blog and Youtube. It’s times like these that I envy all the couple bloggers– a significant other and someone to split all the work with? What a deal.

What's to come in November

What’s to come in November

Ok, so we are pretty much halfway through November already. I’ll update you on my Mexico City trip over the next couple of weeks since the first 3 days of November was all about Mexico City. Other than that, I’m working insane hours to make up for the hours that I will be missing while I’m traveling at the end of the month. I’ll be going back home to Santa Cruz, California to celebrate Thanksgiving with my family, something I haven’t done since 2014, and when I return I will be making preparations for my next adventure, which happens on November 29th— the Galapagos! I will reveal more details as we get closer to the date, but I’m super stoked that you guys have followed me on my journey to this point. Big things are starting to happen after all the work I’ve put into this blog and learning how to navigate my way through this business.

Stay tuned for more Youtube videos and blogs. I’ve got a lot to cover!

What did you get up to during the month of October?