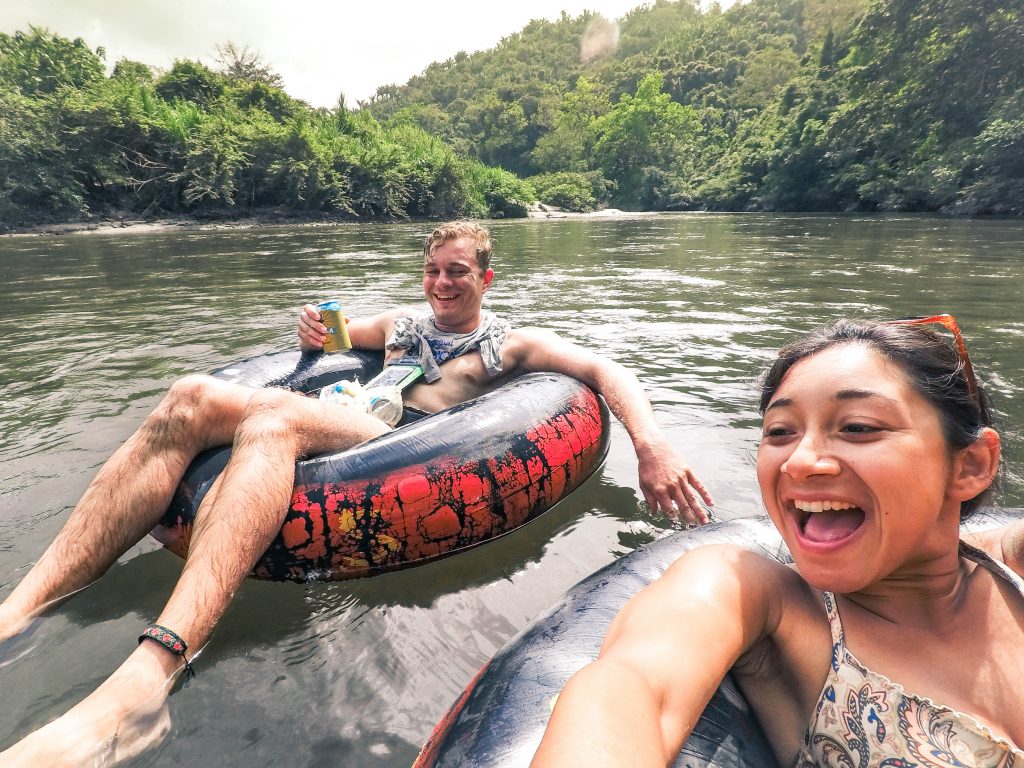 A Three Month Recap of The Willing Road

I’ve been all over the place so I thought, as my trip comes to an end and since January just finished, I would do a recap of my travels from the past 3 months. So here it goes!

Colombia is where I got my groove back

Poutine in Montreal! What a pile of goodness.

When I went to Cabo de la Vela. In order to get there I had to ride in the back of a truck for three hours. The road that was taken was dusty, bouncy, windy, and hot. It was the perfect form of transportation. (Post coming next week)

Fighting the waves in Puntas Gallinas. I climbed down some sand dunes to get to the ocean where we spent the whole time cooling ourselves off from the desert heat.

Aerial silk aerobics in Bogota. I needed a new workout that would interest me and my roommate was constantly going to these classes. I finally joined her and I didn’t regret it one bit! I had to overcome my fear of heights as I held on for dear life at the top of the silk hanging from the ceiling, but I got comfortable with it and the next day found that I was extremely sore and bruised. And all for only 15,000 COP ($5).

Dancing many nights away in Cusco and Arequipa, Peru—

I was lucky enough to have met a Peruvian during my first trip to Colombia and so I met up with him and he showed me around Cusco and taught me about his culture. Turned out that he was also a DJ so he invited me out to the nights that he was DJing and I ended up dancing with strangers from all over South America who started dancing while in their mother’s womb.

I continued my need for dancing in Arequipa where I danced with more strangers and realized that Peruvian men are extremely respectful when it comes to dancing. After a song would end they never pushed me to hang out more, they simply thanked me for the dance and we both would move on with our lives.

Witnessing Peru Qualify for the World Cup– Peru hadn’t been to the world cup for 35 years. While I was there the streets were colored with red and white, the colors of the Peruvian flag. During the final games, the streets were empty because everyone would be watching the game. When they finally qualified, the country announced that the next day would be an official holiday and therefore students didn’t have to go to school and people closed their businesses in honor of the holiday.

Spending my birthday in New York, a dream come true– While I was in South America I had this impulse to go to New York because I had always wanted to go for my birthday and I didn’t want to put it off anymore. I had a friend living there who convinced me to buy the ticket and I ended up just spending most of December there. I got to experience what it’s like to live in New York and the feel of Christmas that New York is so well known for. I decided to end my trip in New York with the New Year, but unfortunately, it was too cold for me to go to Times Square (I heard it’s crowded anyway)

Seeing my immediate and extended family in Las Vegas– While I was in New York my cousin was getting married so my family convinced me to travel out to Las Vegas since I hadn’t seen them in some time. It’s always nice to be around family.

Seeing Dianna again in Montreal– Dianna and I traveled through Southeast Asia together, and since Montreal is only a 9-hour drive (nothing to me) from New York City, I decided to hop on a bus to go see her in her natural habitat. It had been a year since she and I had started traveling together so it was nice to meet up with someone that understood my past travels and someone I could reminisce on my past travels with.

Tubing down a river in Palomino– I’ve tubed down a river in Laos, but while that one is popular due to the drinking atmosphere, tubing in Palomino is popular for nature. As you float down the river you are completely surrounded by the jungle and you’ll see a lot of beautiful birds indigenous to Colombia flying around. 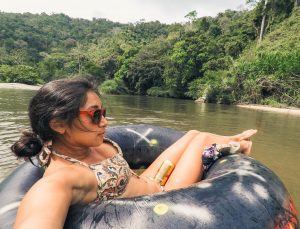 Going to Puntas Gallinas, the northernmost point of South America– Cabo de La vela and Puntas Gallinas were my absolute favorite parts of Colombia. It was unique and you get to see a different side of Colombia that most people don’t get to see. Even Colombians!

Hitching rides in the back of trucks the good ol’ fashioned Colombian way– I was traveling with a couple of guys and when we went to the bus station to catch a bus to Palomino, the tellers informed us that there were no more buses for the day… but there were plenty of camionetas (trucks). We stood on the side of the road trying to hitch rides on random buses and flagging down trucks, but they were either too full or our destination was too far for them. Several failed attempts, helpful advice from locals, and an hour later a truck pulled over to let me and 4 guys into the back. The problem was that it was already really full, so the Colombian locals got out of the truck and threw us inside while some piled on top of the roof and others hung off the tailgate. I really wanted to be the one that hung off the tailgate, though.

Losing my hard drive and my debit card (amongst other things)– I also lost a brand new book and my brand new flip flops. Hint: don’t bring anything brand new on your trip– you will lose it. I didn’t realize that I had lost my hard drive until I was in Peru. Turned out I had left it in Panama a couple of weeks before. Lucky for me I still had a contact in Panama that was able to send me my hard drive, which meant that I had to wait around in Peru until I received it.

I lost my debit card when I was careless and left it in an ATM machine. Devastating at first, but a quick fix when I reordered another one and picked it up at a friend’s house in New York.

Applying for a Brazil visa– The end of my trip will be going to Brazil, but in order for US citizens to travel to Brazil the visa was going to cost me $160. I didn’t mind this since it was a big reason for my need to travel through South America. To apply for a visa to Brazil I had to travel to Bogota (not my favorite city at the time) and I had to obtain several documents, then wait for 10 days while it was processed. Four days after I applied an announcement comes flooding through my social news feeds: the Brazil visa just got easier for US citizens. Previously, only Canadian and Australian citizens were allowed to apply for the visa online. Now US citizens have been added to that list, it only costs $40, and only takes 5 business days. Imagine my shock and anger.

What's to Come in February

My whole reason to travel to South America was to make my way to Carnival in Rio De Janeiro. My Brazil visa will be ready come Monday, February 5th, and then I arrive in Rio on February 7th. I’ll be crashing with a friend that I met during my travels for a couple of weeks and after that, who knows where the road will take me! Stay tuned!